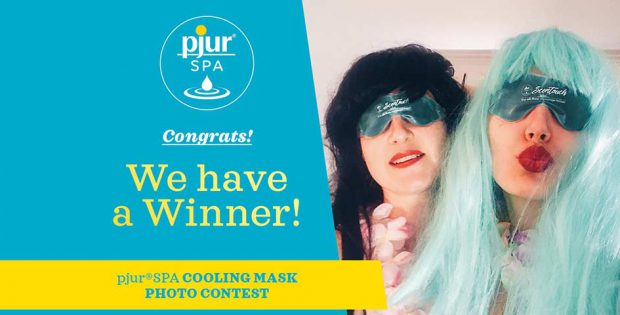 Brazil has been through tough times, and it is not out of the woods yet, but what would the country be without its boundless optimism, a positive mindset that is also reflected in our interview with Paulo Arêdes, head of Brazilian company A SÓS, in which we discuss the current situation in the Brazilian adult market. Among other things, Paulo explains why his company – which sells sex toys in direct marketing – managed to remain successful throughout the recent crisis.

Here in Europe, we are currently hearing a lot about Venezuela and very little about Brazil. How is your home country doing?
Paulo Arêdes: Indeed, the most politically critical scenario in Latin America is Venezuela and therefore, the spotlight is on them. The Brazilian situation is far from being a good or even acceptable situation, but our neighbours are certainly in complete political and social chaos.

What are the current problems in Brazil and how do they affect the adult market and its growth?
On one hand, we have years of hard-to-prove corruption being dug up through serious and reliable investigations like we’ve never seen here before. On the other hand, our government’s widely exposed corruption added to the political instability and economy recession obviously caused an overall downturn in sales, and it wasn’t any different in the erotic market. Fortunately, Brazilians are experienced and creative in dealing with crisis, capable of keeping things going. Brazil is finally getting back on track towards growth so we are confident that better days are ahead.

How is your own business doing in light of these developments?
As incredible as it may seem, the crisis is fertile ground for the direct sales market (door-to-door). Those who lost their jobs and others who lost purchasing power come to this specific universe seeking income. Our company was one of the first to offer direct sales in the Brazilian erotic market, building a good reputation throughout all these years, with this being a market that is not so saturated compared to all other market fields. We have become a good reference for those seeking for an income or extra income.

So you are surviving and succeeding even in a difficult environment?
As I said before, we Brazilians are experienced and creative in dealing with crises and difficulties – all Brazilian people are. Entrepreneurs create new products and are always looking for something new and unique to offer, this is a characteristic of our company and we believe that to be the main reason of success.

In Europe, the adult market has is strongly influenced by the disruption of the traditional supply chain (manufacturer – wholesaler – retailer). Which internal or domestic adversities does your market have to face?
One current problem in the market is precisely the political uncertainty that causes the postponement of investments to put our economy on a more stable footing. But we are also being hit with the breakdown of the distribution chain, with manufacturers trying to do business directly with retailers. And last but not least, the biggest adversity we face here are those who import from China and distribute directly to the retailers at extremely low mark-ups, making it infeasible for other importers/distributors to work with a financially safe mark-up.

How strongly is the Brazilian market defined by Brazilian products and brands, or is it rather the well-known international brands that get the spotlight?
In the segment of sensual cosmetics, Brazil is well-known and an important world reference. We have unique actives that deliver sensations that we haven’t find elsewhere and that is why we are well-served with the Brazilian actives and we know how to make the best of them.

With regard to adult toys, there are some manufacturers here but it would be naïve to compare their products to the imported toys since we are still incapable of delivering something similar to the great quality found in the imported toys – that’s also one reason why Brazilian consumers prefer imported toys. Well-known international brands are certainly wish-listed and/or bought more, and they are being placed in the Brazilian market by great distributors.

Is direct sales / direct marketing still the dominant distribution channel for adult products in Brazil?
Now more than ever. We believe that the success of the model is due to the low investment to start the business and the fact that you immediately generate revenues. Another issue is that the constant devaluation of the currency through inflation corrupts the wages of the workers and they find themselves in need of seeking extra income to compensate for the losses, and they find that extra income it in direct sales.

In terms of products, what has influenced demand in 2017 particularly strongly? Which products are in high demand?
Sensual cosmetics are the great booster of our market, so several launches have happened in this segment in 2017. I would say that the ‘pearl massage’ that is a big success here was the great novelty in sensual cosmetics, because it combines cosmetics with a massage driven by pearls.

Sex Tech is a big topic – also in Brazil?
So far, the term itself is not much discussed here. There are some toys that interact with mobile phones and some others are using very innovative technology as well. Since these products are high-end and therefore expensive, they are not mass marketed here. Anyway, it is fantastic to imagine the possibilities and twists that this segment can bring to the market.

You are now entering the market – in a different form – in Europe. What exactly are your plans and what are your expectations?
‘Orgie’ is born from the association of two Brazilian companies with Prom Beauty Lda., based in Portugal – one of the leading cosmetics manufacturer on the Iberian Peninsula. Together, we have the common goal of contributing to the European market by diversifying the products and introducing the actives and sensations that are already successful in Brazil.

We spent one year researching the market to be as assertive as possible with our line; it was a full-time task and we learned a lot of valuable thing that add to our solid background in this market. One of the partners relocated to Portugal to manage the project. We have always respected all the great players and their brands in the European market and have always had them as a reference, and with this respect added to our efforts, we are about to launch Orgie to earn the right to share in this market.