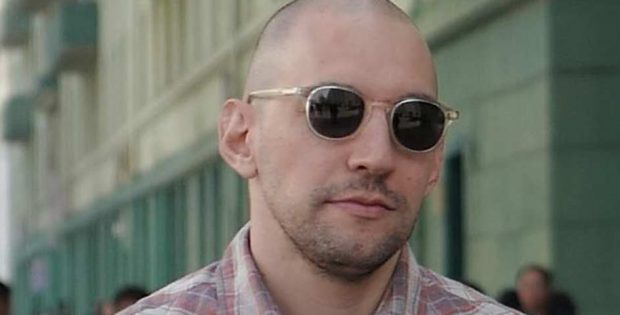 He lived in China for a long time, developed several successful sex toys, and managed to put himself and his products in the spotlight of the mainstream media time and again: Brian Sloan’s wealth of experience provides him with an interesting perspective on the developments that currently dominate the adult market. With eroFame right around the corner, EAN asked Brian to give us his take on the current situation in the adult realm, and about the trends that will shape it in the future. The entrepreneur provided us with highly interesting answers, and he even gave us a little status report on his upcoming product, the Autoblow 3.

Brian, you’ll visit eroFame in Hanover, this time as a visitor. What do you expect to see, what do you look forward to?
Brian Sloan: I expect to see 90% of items I’ve already seen, rebranded and repackaged into copies of the same item that has already been rebranded and repackaged 12 other times since 1990. The other 10%, I think I will see some new concepts by a few new companies. The thing I’m looking forward to is actually related to packaging. I think instead of innovating on the product side, the industry has innovated a lot on the packaging of products, and as I’ve moved from online only into well over 1000 retail stores in the US and Europe, I will be looking at my competitors packaging for insights on what works well in the offline world.

You lived in China for quite some time and gained an inside look at the industry there. What can manufacturers but also retailers learn from the adult industry in the Far East?
Yes, I lived in China for 10 years and then moved after I started to feel the health effects of the extreme pollution. I think there is a lot to learn from Chinese companies, especially pertaining to their aggressive business models. I think a lot of companies in the west have become complacent and they think that just because they’ve been around for 10 or 20 or 30 years that their business is safe and will last forever. But the new competition in China is willing to earn less and work twice as hard to grow market share. I think brands should pay particular attention that they now aren’t competing against other western brands as much as they are competing against Chinese factories directly. Adult toy offline retail is not as developed in China as it is in western countries so the learning on that side is probably in the other direction.

A lot of the “new” products that can be seen today seem to be endless variations of the same old toys we’ve had for decades. Would you say that the adult market is lacking innovation at the moment?
For sure it currently lacks innovation. For decades, western sex toy brands could press the same button over and over and over again and earn money. This is reflected in the endless rebranding of existing products. This is not necessarily a criticism, I understand completely that innovation is costly and difficult and where there is no reason for it, it’s better to not do so. But clearly consumers now reward innovation in the adult market and the people who refuse to innovate will compete with smaller and smaller margins on the same old designs, until they go out of business or finally make something new and better.

With initiatives like the most beautiful vagina competition, the balls contest, or wall balls, you often manage to get coverage and the attention of the media as well as the rest of the internet. How do you manage to create attention? Are those just ideas that come to your head and then you just see how it turns out, or are those carefully crafted, planned-out campaigns?
After the idea stage, they are carefully crafted campaigns. I read things on the Internet for hours everyday. From doing that for many years, I understand at this point how to create sharable entertainment that will generate traffic for the websites that write about my products/concepts/ideas. When websites know that articles about my projects will be traffic generators, they are open to posting about them. It helps that I can show articles on Maxim or Mens Health or Unilad that have over 40,000 shares. It helps I can show videos I created that have thousands of comments and millions of views. I’ve proved my ability to understand what generates shares and traffic and as a result some news sources trust my judgement and also enjoy my content.

TV commercials, coverage in magazines, online advertising … the sex toy industry is reaching out to the public more than ever before. Do you think it manages to draw enough attention or is it not near its full potential?
The sex toy industry still cannot advertise on Facebook and still cannot buy advertising on mainstream RTB ad platforms. So still we are below the full potential of the industry because we cannot reach the majority of mainstream consumers. But in fact, it’s not only the industry reaching out to the public, media often reaches out to the industry because they know that they need sexual product related content to entertain their readers. If sex toy companies ever could advertise on Facebook and target specific audiences, I think we would mint our first sex toy industry billionaires.

“If sex toy companies ever could advertise on Facebook and target specific audiences, I think we would mint our first sex toy industry billionaires.”

Is brand recognition becoming more important than having the best product for the best price?
It depends where you are selling. On Amazon which has enormous volumes, customers care only about price and function. I have seen excellent products with really poorly conceived Chinese branding and horrible packaging selling 100 a day. But in a retail environment, consumers are more influenced by branding and display. So it really depends which type of shopper we are talking about.

Luckily the internet relieves some of this pressure as direct B2C sales can alleviate some pressure on the profit margins. But I see this margin requirement from offline retailers as the biggest road block to companies inventing better products for consumers, which would grow the industry for everyone. Or at least the best new (expensive) products may end up in some years from now as online only and the offline stores will only choose to stock older, less innovative products that offer them higher margins. Stores will always do what makes them the most money (as they should), but in the short term, only stocking high margin products may hurt their ability to attract new customers who would choose a $200 product but not a $300 one.

“Stores will always do what makes them the most money (as they should), but in the short term, only stocking high margin products may hurt their ability to attract new customers who would choose a $200 product but not a $300 one.”

Your best-known product is the Autoblow 2, which you marketed through crowdfunding and direct-to-consumer sales at first. Why did you choose this way and would you do it again today?
Yes, we will continue to do this with all of our products whenever possible. Crowdfunding a product successfully puts it in the news and creates a story that follows your product for its entire lifecycle. My company existed before the crowdfunding campaign – for 4 years we learned how to make products and sell them online direct B2C. I view those online full profit sales as being very important to our overall profitability when the offline sales come with lower margins.

Selling online and advertising online allows us to create both online AND offline demand for our product. Our ad spend only makes sense because we know that many men who purchase offline learned about our product online. I believe in creating multiple revenue streams so that the business remains flexible in case there is a bad change in any particular stream. Our online stream makes sure we face less risk if the offline stream slows down for any reasons out of our control.

By the way, will we see the Autoblow 3 any time soon?
In fact, as I write this, I am on a factory visit in China. I hired some robotics PhD’s in Canada to create the Autoblow 3 and I brought the prototype with me to deliver to the factory and to discuss its manufacturing. I can’t say too much about its functionality but I can say I am 100% confident that it will be in a class of its own regarding the feeling it delivers to men, the sound it makes, and its durability. We invented a completely new way of delivering the sensation of a blowjob that is as close as anyone has ever come to getting it right. I think we can bring it to market in 10 months.