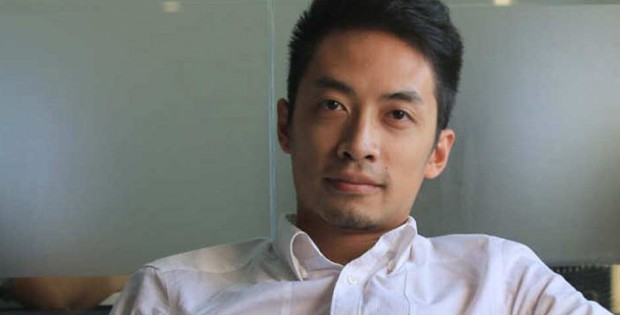 BKK recently released the “Stroking Bracelet“. What can you tell us about this product, and how is it used?
Enzo Kwan: The BKK stroking bracelet is a totally new concept for adult toys. You don’t need a stroker, only this tiny bracelet to play with the interactive BKK content. The advanced BKK virtual sex system has been built into this tiny bracelet, there are motion sensors and control buttons which provide the same function as the BKK stroker, and it is easy to store when you travel. You can even explore more ways to use the bracelet, such as matching it with any of the strokers you already have; this way, you convert them into intelligent sex toys. The BKK VR Stroker combines a traditional masturbation cup with innovative motion sensing technology. Your every thrust will be transmitted to the sexy babe in the interactive video.

Before we talk more about the Bracelet, could you give us some information on the BKK System of VR content and products?
“Make V Love” is the vision of BKK. We believe that in the future, many people will enjoy virtual love with an interactive sex toy. Even if your girlfriend is around, she will let you have fun with various girl types in the app. BKK’s system is all about interactive or VR content. 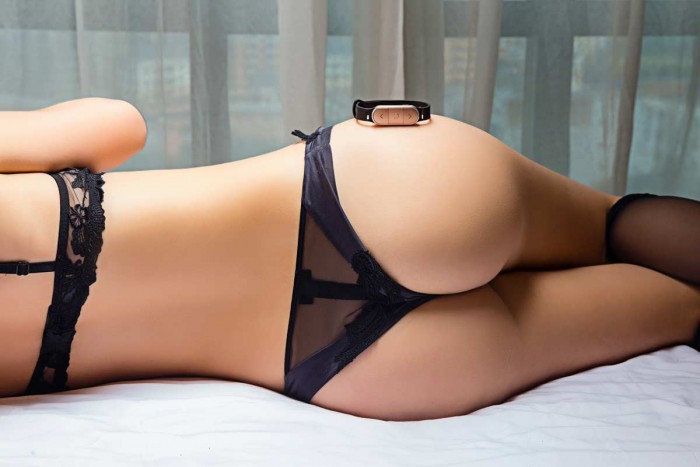 BKK has been on the market for erotic VR entertainment since 2015. A lot has changed in the past two years with respect to this technology. What were the most important changes in your opinion?
VR has blossomed during the past two years and we also devoted lots of time and resources to this technology, as evidenced by our VR all-in-one machine. While VR technology and devices have seen many advancements and improvements in this short period of time, we believe there are still lots of ways to enrich the experience, for instance through innovative new products, which could also introduce some real changes to adult industry.

“VR has blossomed during the past two years and we also devoted lots of time and resources to this technology, as evidenced by our VR all-in-one machine.”

Can your VR device and the Bracelet / Stroker be used with every video available or does the user need content produced especially for your system?
For interactive purposes, all content needs be specially produced for this more realistic interactive experience.

How does the interactivity between the devices and the video work?
With the built-in motion sensor, the wristband can sense how fast the user strokes and transfers that speed onto the girls’ movements in the app. Besides, there are some buttons on the band which can be used to control the app, for example to change positions.

When will the Bracelet be available in Europe and how much will it cost?
We just been finished mass manufacturing of the Bracelet, and we are ready for the market. The suggested retail price will be USD 59.00 per unit.

Are you working with distributors in Europe? Where can interested retailers buy your products?
Yes, we will work with distributors in Europe to promote sales in EU. Distributors who are interested in the product can contact sales@bkksextoy.com for more information. With innovative concepts, great interactive experiences, perfect product quality, and great retail support, we believe that this will be a great product to introduce to the EU market

Is BKK working on creating a complete VR ecosystem? Which innovations can we expect from your company in the future?
BKK will keep working on new technologies, including but not limited to VR. For instance, we are working on products to create interaction between live cam performers and adult sex toys. We will continue to look out for new tech, new concepts, and new development opportunities. All of our innovation will always be centred on providing the best user experience to consumers and bringing some new ideas to the adult industry.