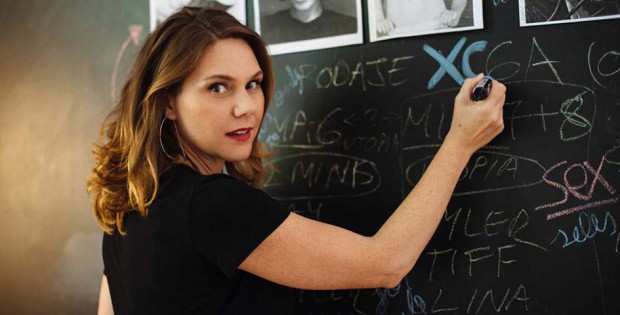 “So even if it’s uncomfortable to talk about pornography it must be addressed and we must never show negativity.”

Which kind of support do you offer on your website?
We think that prohibition and shame is not the answer, instead we believe in education and conversation and we are campaigning for more equipped and alert young beings. In order for parents to be prepared, the website so far has three in-depth guides that are age specific for parents to download to encourage them and guide them through having The Talk with their kids and teens; as well as an ever-growing collection of resources like articles and videos. In the future, we want to add a space for parents to engage with each other and share stories too and we are already talking with renowned sexologists that will contribute with their expertise to the resources section.

“We think that prohibition and shame is not the answer, instead we believe in education and conversation and we are campaigning for more equipped and alert young beings.”

But at the same time that sex is a beautiful thing and they should not be ashamed for feeling desire, lust and sexual drives. Too often, when we talk with young kids and teens, we talk about the dangers of sexual behaviour, and we leave out the positive feelings. They also need to hear from us about the pleasure besides the responsibility of sexuality.

Why do parents still find it hard to talk about sexuality with their children?
Explaining sex and sexuality to kids can feel like a minefield for parents. Some parents prefer to talk about the fears and disasters rather than the positive aspects of sexual life since many probably think that if they talk to their kids about sex, it will translate into encouraging early or inappropriate sexual behaviour; into becoming sexually active too soon.

In your view, what should be the role of institutions such as schools?
Many parents don’t discuss mature topics as sex with their sons and daughters so sex education in school is essential. Schools should ensure that sexuality is understood as an essential, lifelong aspect of being human, and that it is celebrated with respect, openness, and mutuality. There should be age-appropriate sex education programs at school tackling basics to culture of consent, respect and emotions as well as pornography in my opinion.

Take Denmark for instance. Sex education is required in every school. Most schools teach an entire week of lessons about sexual health and relationships. Statistically, Denmark has a very low rate of teen pregnancy, abortions, and sexually transmitted infections. By discussing sex and demystifying it, they are reducing the potential consequences of early sexual experiences!