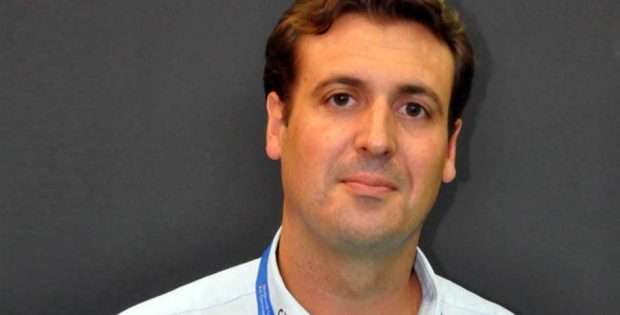 Fleshlight has been fighting on many fronts to crack down on counterfeiters all over the world. And even though it is a hard and arduous fight, it will ultimately lead to success, as Miguel Capilla, Commercial Director of Fleshlight, explains in our EAN interview. Only recently, the company has put a stop to product pirates in South Africa and China.

Fleshlight can now put two more successes on the board in your fight against counterfeiters. Is that just a drop in the ocean, or does it show that standing up to product pirates is well worth the time and effort?
Miguel Capilla: Of course, this is the result of non-stop fight against counterfeiters. With hard work, time, and the right partners we are getting such important results. It is a slow process, but it is worth it. It was definitely the best decision ever to lead by example and go after people who sell counterfeits out there.

The global market can be complex and convoluted, still, Fleshlight manages to cover up fake products time and again. How hard is it to track down fake products? What is your strategy to achieve maximum efficiency?
Well, we count on the help and collaboration of Red Points Company which also works with FC Barcelona in the fight against fake products. So, it is a guarantee of success. We work together to take action against fake ads on the internet and products we detect in stores.

Do you get enough support from the local authorities (law enforcement, customs, criminal justice) when taking action against counterfeiters? And how much support do you get from the international adult industry?
Our lawyers always contact the right local authorities, depending on the country. Sometimes, they are customs teams, sometimes national police. We have been very successful in working with these authorities. There were even raids in different countries such Hungary, Poland, Netherlands, France, South Africa… So, all the countries are definitely supporting the effort.

In South Africa, Fleshlight cracked down on a counterfeiter who sold substandard copies via the internet. How did you get wise to this particular product pirate?
We found out about this thanks to Red Points and the constant monitoring of the market in all of its dimensions, which made it possible to detect and locate this commercialisation of fake Fleshlight products.

What kind of action can you take against counterfeiters in South Africa? What is the punishment for product piracy?
Depending on the infringement or offense and the circumstances of the case, we can do two things:

1) Send the counterfeiter(s) a cease and desist letter in order to establish negotiations with them and reach an agreement. The terms of the agreement (undertaking) include respecting Fleshlight’s intellectual property rights, delivery-up of the offending goods in their possession and/or control and, evidently, destroying the counterfeit goods. We normally request that the counterfeiter(s) contribute towards our legal costs, as well as damages caused to our brand. If applicable, we can also request that they provide details of the manufacturer or supplier (which may lead to initiating actions against them when possible)

2) If the counterfeiter(s) do not respond to the cease and desist letter, or if they actively do not wish to reach an agreement, the next step is initiating legal actions against them. A complaint is lodged with the South African Police Service, a warrant is obtained and a search and seizure operation is conducted by the South African Police Service. Thereafter, criminal and/or civil proceedings are initiated. The criminal punishment for counterfeiter(s), if found guilty, can be a fine up to a maximum of ZAR 5000.00 per article or imprisonment not exceeding three years – or both if this is not be the counterfeiter’s first offense.

A recent press release stated that said company has changed its business model and that it is now selling original Fleshlight products? Is that correct? If so, why didn’t this company get blacklisted?
It is possible that a company that previously sold counterfeits changes after we have taken action and decides to sell original Fleshlight products. When this happens, it is because an agreement has been reached with the company after several negotiations. If a company is willing to sell original Fleshlight goods and commits to not purchasing counterfeits any more and to respect Fleshlight’s intellectual property rights, we will not stop them from purchasing and selling original products.
Nevertheless, if the company does not abide by the terms of the agreement, it will indeed be blacklisted and stronger actions will be taken.

The second case concerns a copyist in the Chinese market. How long had this individual been placing fake products on the market?
They were using our name to sell fake products since at least 2012.

Many people say that in China, there is only a vague understanding of the importance of protecting original products and fighting counterfeits. Do you agree? And if so, does the ruling against the aforementioned counterfeiter represent a precedential case of sorts?
Of course, it seems like they don’t respect intellectual property, the law is different there, so it is much more complicated to win a litigation there. Therefore, this case is so important, it would be a precedent for future litigations and other companies will support this case.

Fleshlight stated that both of these counterfeiters sold large quantities of fake products to retailers and consumers. Can you quantify the damage that was created?
Looking at the amounts sold, around 5.000 units, so the damage caused is quite considerable. However, if we also take into consideration the number of fake products these companies had in stock at the time we intervened, the damage would be even worse.

Do trade members buy fake products because they don’t know they’re fake or could it be that, sometimes, they simply don’t care?
Sometimes copies are so well done that at first look, many people can’t tell the difference. But of course, the difference exists in the texture and composition of the sleeves and in the quality standards. We are making presentations and trainings to inform the retailers and our partners about the main differences so they know when they are touching a fake product.

And what about the consumers? Do they fall for fake products because they don’t know any better?
If you try a Fleshlight, you would definitely feel the difference between a copy and our product. The experience is completely different. The Fleshlight texture is extremely realistic and impossible to imitate.

Shouldn’t the adult industry pull together to create more awareness among trade members and consumers, or maybe provide all involved parties with tools and ways of spotting fake products more easily?
Of course, this is a fight we are all faced with. The more aware we are and the more united we are, the more damage we will do to counterfeiters.

Fleshlight is also taking action against websites that claim to be ‘official’ and even use the Fleshlight name and brand to pull the wool over the consumer’s eyes. Isn’t that a lot like fighting the proverbial hydra which grows new heads whenever you cut one off?
We closed 4,783 of 6,212 fake ads on the internet in 2017, which led to several raids in several countries and helped eliminate the massive appearance of fake products in countries like France, Holland, Poland, but also South Africa, Mexico, and China. If following these ads provide us with clues to catch big counterfeiters like the ones in South Africa, we have to be doing something right.

Is the internet the main channel of distribution for fake Fleshlight products? And do you have some advice for consumers and trade members to help them tell original products apart from fake ones?
Yes, you could say that is the main channel. The best advice is: Only trust our official website and our main distributors and wholesalers. If you discover that the product is offered at much lower prices or that the shipment time is too long, maybe it is a fake. Also, if you have doubts about your Fleshlight, just check the box, our official products have an exclusive warranty sticker with a special ink to avoid copies.