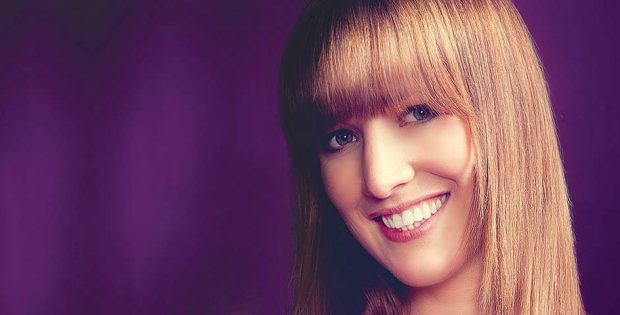 You have been a woman on a mission since you launched your brand in 2010. What is the goal of this mission, and how much closer have you come to achieving it?
Rianne: From the beginning, my goal has been to empower women sexually through my products. We have sold hundreds of thousands products since then. If all those women are satisfied and feel great because of my products, then that’s a perfect start!

Why did it take so long for this change to really take hold? After all, the majority of the consumers in this market are also women …
Interesting question. Obviously, it took till the 60s for women to really have a voice in society. The pill being legal and available for most women in western countries in the 60s and early 70s obviously did a lot for the freedom women have these days and the choices we can make. I think big changes in society take time. The gender gap is still big at universities for instance, with few women at the top, and female CEOs in listed companies are still scarce. I think we are not doing so bad after all in our industry with a big percentage of women in leading positions.

Which area has benefited the most from the introduction of a female perspective? Where do you see the biggest changes? Is it sales, marketing, product design or something else?
I think marketing is telling a story and if it’s not sincere people will smell that from miles away, especially women. I think the area that benefited the most is the products themselves; there are so many great designs around these days which don’t look like pink, veiny phalluses with big balls anymore. That’s the biggest improvement for sure!

You are doing business in many markets around the world, including the United States, where sex toys are often mentioned in debates and discussions about female empowerment, sexual diversity, inclusion, etc. Do you feel that the topic of sex toys is politicised more strongly in the US than over here in Europe? Why is that?
Possibly because religion has always been a bigger part of the political system in the US than over here in Europe, and sex and religion are not always best friends;)

For a long time, products were marketed as toys for men, toys for women, couples’ toys … Are the days of this type of categorisation over?
When I make products for women, this is for any woman who identifies with being a woman. I do have some unisex products as well that you could call gender neutral. Speaking for myself, 99% of the people who buy my products are women and people identifying as such, so I do refer to them as women. The gender-neutral products I usually don’t refer to a certain group of people.

How important is it to include things such as empowerment, sexual wellness, sexual health, etc. in the marketing of sex toys? Many people believe that the ‘modern customer’ is well-informed about sex toys. But is that really the case? How much do today’s consumers actually know about the positive effects of using these products?
I believe that doing a business is doing a service. Our service is to inspire sexually, to give pleasure, and in my case to empower. My products are bought my women and partners with whom that message resonates. 10-15% of the women are still not able to have an orgasm. Here in the Netherlands, research has showed that more than 40% of women older than 25 have experienced sexually transgressive behaviour. I think those numbers speak for themselves and mean that there’s still more work to do than just selling a toy.

“Our service is to inspire sexually, to give pleasure, and in my case to empower.”

You will be an exhibitor at the upcoming eroFame show. Why should all visitors stop by your stand? Also, are you going to present new products in Hanover?
To see our new products, of course! They are all about affordable luxury and damn cute. And of course, come and say ‘hi’ – we always love to chat with retailers!