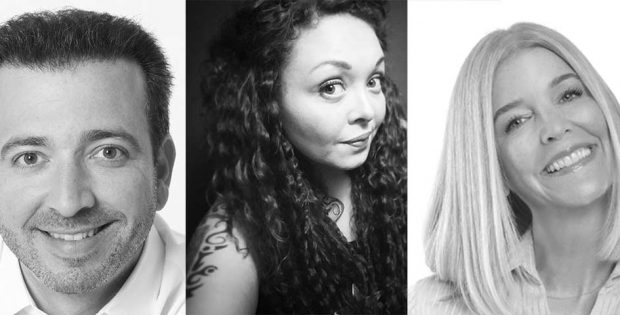 In many ways, the European sexual health market is still steeped in old traditions. Gendered product categories and marketing images are more popular here than in North America, and topics like diversity and inclusivity in sex toy development haven’t yet reached peak interest. Europe’s history spans thousands of years beyond that of the relatively young United States, so it’s not unexpected that the European pleasure industry timeline might advance a bit slower.However, there’s one aspect of sexual wellness that’s still lagging far behind in the States: male circumcision. Most Europeans can’t wrap their brains around slicing up a newborn baby’s genitals, though many Americans have somehow rationalized the practice as beneficial for aesthetic and medical purposes. To the relief of more progressive American parents, modern sexologists are speaking out against this barbaric form of body mutilation. In this in-depth peek into the practice and traditions behind male circumcision, seasoned sex educators Sunny Rodgers, Dr. Hernando Chaves, and Sunny Megatron enlighten the European pleasure trade on the psychology and physiology behind one of the United States’ oddest sexual health traditions.

Why do you think the foreskin is so stigmatized, particularly in the US? Where does this stigma originate?
Sunny Rodgers, Founder of Sunsplash Media: I think a lot of predispositions towards foreskins have to do with religion. In the past being circumcised was a decision many parents made because of the “laws” of their religions. As more and more nondenominational religions rise in popularity, the choice to circumcise or not is no longer dictated by religious trainings, and I believe this has a lot to do with why circumcisions have been declining in the U.S. since the mid-1970’s. I think whatever stigma that remains is a hold out from the religious ideals that parents held onto. Millennials seem less bothered by the topic and many choose to forgo circumcision for their own children. Just like every other seemingly taboo concept, our modern minds are becoming more accepting of the differences of others.

Sunny Megatron, Sex Educator & Co-host of the American Sex podcast: From US culture. People choose to circumcise their children for religious reasons or societal/cultural reasons. Sometimes it’s as simple as parents wanting their children to grow up looking like their dad. Others don’t think of it as much of a choice at all, it’s simply ‘what we do.’ People tend to be afraid of what they aren’t familiar with or what seems ‘weird.’ Although over the last few decades circumcision rates have been falling in the US, not circumcising is still considered “strange” to a large enough percentage of the population.

Is circumcision declining in the US?
Rodgers: Circumcision has definitely been in decline since the mid-1970’s. A lot of this is due to modern parents thinking that circumcision is cruel, a mutilation or a decision that they shouldn’t make on behalf of their children. Another consideration is the fact that Medicaid does not cover the cost of circumcision in several states.

Anti-body shaming has built up to an entire movement for women. Why do you think this hasn’t happened in the same way for men, especially in regards to how genitals look?
Megatron: A lot of it is societal and cultural. Think of the way toxic masculinity has failed men. The expectation is they must be proud, strong, and masculine (and doubly so when it comes to their sexuality) at all times. As a result, men aren’t encouraged to express their feelings and don’t feel as comfortable talking about their physical self-esteem and how it relates to their emotions. This is especially true for straight men. An exception to this is men who are part of some sort of sex-positive community that may feel safer being vulnerable– but overall those numbers are small.

In Denmark, doctors have made circumcision illegal. How do most American doctors view this practice? Are their views medically correct, or tainted by stereotypes?
Megatron: Both. Doctors are members of our society so of course some are clouded by cultural and societal reason. Others may believe it the correct thing for religious reasons. Medically organizations like the CDC and the American Academy of Pediatrics do support circumcision as being recommended as the healthier option in the long run and many (but not all) doctors do follow their recommendations.

Chaves: US doctors have various views on the medical necessity of circumcision. Some view it as a standard operation for all newborn males and others see it as only necessary if there is a medical complication. There is conflicting evidence on the efficacy of circumcision as a prevention mechanisms for certain types of cancers, UTI’s, and STI’s. Sadly, many doctors do not factor in the ethics of consent or patient informed choice with an operation that is irreversible. In addition, circumcision is a multi-million dollar industry where doctors and insurance companies profit from this procedure.

How do North American versus European attitudes contribute to how we think about uncircumcised penises on each respective continent?
Megatron: Recent studies show the circumcision rate in the US double that in Canada and to my understanding it’s also lower in Mexico as well. It’s really the US carrying the weight in North American circumcision rates.

Chaves: Most of Europe, Latin America, Asia, and the majority of the world does not routinely practice circumcision. In North America, attitudes vary as Canadian and Mexican cultures generally have less stigma surrounding uncircumcised penises than American culture. Europeans generally are predominately uncircumcised populations which greatly reduce stigma. Generally when something is in the majority, it is more widely accepted.

What are some pros and cons to having an uncircumcised penis? Is there a difference in sensation?
Megatron: There is a lot of evidence indicating that uncircumcised penises are much more sensitive and experience more sexual pleasure. Also by not going through circumcision, risks of something going wrong with the surgery is eliminated. The CDC, however, recently revised circumcision guidelines stating that the risk of vaginal to penile transmission of HIV is reduced 50-60% with circumcision and transmission of HPV is reduced by 30%. Hence, the CDC and American Academy of Pediatrics take the stance that the benefits of circumcision outweigh the risks. Opponents dispute these statistics pointing out that STI rates in European countries where circumcision is almost unheard of do not experience elevated rates in these STIs.

Rodgers: Absolutely – even if it’s subtle, there is definitely a difference in sexual sensations between a circumcised and uncircumcised penis for both partners. Men with foreskins tend to have heightened sensations around the tip of their penis, which makes them more reactive and sometimes quicker to ejaculate. A lot of women claim they feel more stimulating movement when having sex with an uncircumcised partner. Although most foreskins stretch out and disappear when a penis is fully erect, the extra skin can gather a bit during thrusting and can add extra stimulation for their female partners.

Chaves: There are a number of benefits to having your foreskin. Foreskin has a high number of meisner corpuscle nerve endings which greatly increase sensitivity. The same nerve endings that create extra sensitivity feeling when touching your inner hand and palm. The foreskin serves as a gliding mechanism which facilitates intercourse. This can reduce friction, decrease pain during intercourse, and increase pleasure. Also, there is research that suggests being uncircumcised can reduce the possibility of experiencing some sexual concerns/dysfunctions. Some difficulties to being uncircumcised include needing to pay attention to your hygiene as the foreskin can foster the development of smegma as well as dealing with possible shame or discomfort with not accepting your foreskin in a stigmatizing society.

Should circumcision stay a tradition in some religions and within the US, or should we rethink this practice and wait until a man is a consenting adult?
Megatron: With the exception of religion (which is a very valid reason to be pro-circumcision), for societal reasons circumcision is falling out of fashion in the US. Many are starting to feel that performing an elective surgery on an infant is unnecessary and runs the risk of being damaging later in life. If someone is opting to circumcise their infant simply because “it’s what I thought I was supposed to do,” I personally support waiting until that child is an adult and can make their own decision. The ethics of performing an unnecessary surgery on someone that cannot consent come into play in situations like this.

Chaves: The challenge we run into is circumcision is an integral part of many religious faiths such Islam and Judaism and numerous cultures in Africa, the Middle East, and in America.Political laws may conflict or support religious and cultural laws, which makes this an uphill battle in many parts of the world. Personally, I believe each child has the right to their body, all of it’s parts, and shouldn’t have consent taken away from them during circumcision. Many people have conflicting views about female circumcision and male circumcision and I don’t see how we can stand up for the rights and genitals of one gender and not for the other. I am against childhood circumcision without medical necessity because of the lack of consent involved. If someone is an adult and they choose to remove their foreskin, they should have every right to do so.