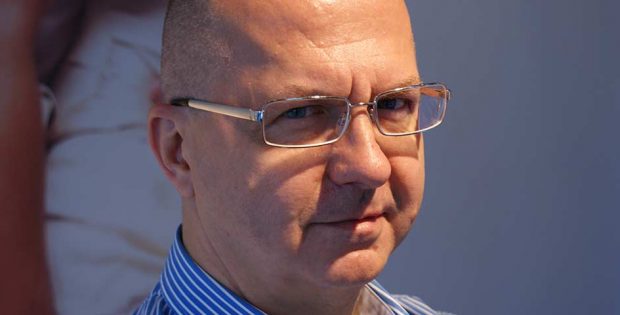 Was 2017 a good year for the adult market? The answer to that question depends mostly on who you ask since there are many different points of view. But that couldn’t deter EAN from tackling this tricky topic, together with Robert Strzelecki, the Executive Director of Polish company PLAYROOM.

Before we go into detail, I’d like to know: What are your thoughts on the past year in its entirety? Was it a good year for the adult industry?
Robert Strzelecki: Taking into account the entire last year (2017), there is no doubt it was a year of novelties and new technologies. The adult industry was dominated by Bluetooth, Wi-Fi, remote controls, mobile applications, 3D experiences, and fashion. Sadly, it was also a year of fakes and hundreds of e-mails from unknown companies (who has not received such mails?) which tried to convince you to purchase shabby toys. Well, since there are agents, it must mean that some people buy them.

Looking at the big products of 2017, one might get the impression that traditional vibration technology is becoming old hat. What do you say?
Absolutely, after all, time passes so quickly, and our business is not in a parallel space-time but just one of many lines of business which needs to face the same market realities as others. The technological progress used to be and still is inevitable. I’d say that we adapt to these tendencies easily, many manufacturers quickly adjust their production lines to new changes. I need to stress that there are so many traditional vibrators on the market (which I readily call vibration equipment) which spend much time in traditional erotic stores waiting for an interested customer to come along. Fortunately, there are still consumers who are always ready to buy them.

Did the triumphant renaissance of male toys continue in 2017, or has it lost momentum?
I will not give you a simple answer and instead ask you a question – how would you define ‘male toys’ [Smile]? That’s right, it is hard to say if these toys are used only by men. Today, women may also play with them. Well, I have to admit anyway that 2017 brought few new or revolutionary things for men. It’s a pity. The emergence of new electro-stimulation products was a breakthrough but that was the exception, I guess. Another thing is what else we can discover. When I look at the market to find new products for adults, I get bored because manufacturers usually only rediscover prostate, clitoris, and anus. It’s like these organs never existed before.

The discussion about the effectiveness of brands in the adult market has continued throughout 2017. But has anything changed in your opinion?
I must go back to the interview we did in a previous issue of EAN in which I honestly said that an investment in brands had to be a crucial element of the investment in one’s business. If you think that you can get ahead in this business without promoting good and reliable brands, I guess you rely on soft rather than hard micro and macro-economic data.

There are brands you need to have on offer. If you do not, it proves that you are not familiar with the market. Speaking of this issue, I have seen an improvement, at least on the Polish market. I think more stores choose to sell known and reliable brands. Another thing is that it is easier than ever before because it is just the distributor who is obligated to keep inventory today. Online stores sell products via their local distributor. I am glad that many stores decided to collaborate with their local distributors who can provide them with one-day delivery dropshipping service, full stock integration, and a true and deep insight into, and expertise of the local market.

“There are brands you need to have on offer. If you do not, it proves that you are not familiar with the market.”

Do you feel that the traditional supply chain came apart even more strongly in the past year, or has the situation levelled out?
This has been happening for some time – your magazine has mentioned it many times before. Personally, I think that this harms consumers and manufacturer and distributors. A modern supply chain omits an important link, that is a local strong distributor who knows the market better than an anonymous, large, and seemingly versatile manufacturer who not only produces but also sells directly to consumers and deals with marketing. This process cannot be stopped but there are opportunities for some minor local distributors because nobody can be more familiar with the market, habits, language, and regulations than they are. I know the traditional supply channel can still be effective. And I should know, after all I am part of it.

If you look at eroFame, you get the feeling that distribution and wholesaling are still a big and vital part of the adult market. Is that a false impression?
Aren’t they? I reckon that it is still a big and crucial part of our business. The good news is that there is still place for distributors and wholesalers – those are the ones who know their market best.

The general development in the adult market seems to be that we are moving toward a marketplace with fewer, bigger players. Do you agree with this statement?
We’d have to define the term ‘bigger player’ in the first place but it ‘s a challenge because we don’t know how to measure it. We can adopt the market penetration indicator, for instance, or consider annual turnover or the number of customers or the number of employees of a given distributor. The best idea is to adopt indicators altogether. Whatever categories we use, we cannot find a precise definition of a bigger player. Every one of your reader can probably list 4-5 leading distributors in Europe who act on a large scale. This number has been stable for a couple of years.

Certain developments have been plaguing the market for years – copyists, market saturation, low-price competitors from the Far East, etc. Were there any changes on that front in 2017?
We should not expect anything positive in 2018 but I must admit that I was happy to read the interview with Mr. Wieland Hofmeister in the 11th issue of EAN, in which he clearly stated that eroFame would take bigger steps to prevent undesired events at their fair. There has been an emergence of guests from the Far East who just want to sell their products unofficially.