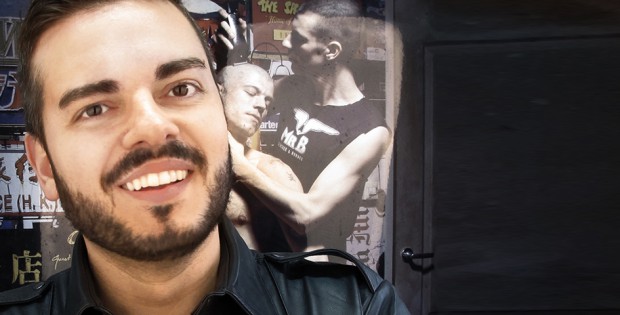 Six months after launching the first products in their Urban private brand, Mister B now present the second wave of Urban products, perfectly timed for the upcoming spring/summer season. In our interview, Nelson Sousa da Cunha, Mister B’s Marketing and PR Manager, tells us more about these products and about their features. Moreover, he gives us a little foretaste of what the market can expect from Urban in the future?

You launched your new private brand in October 2015. Has Urban made big waves since it hit the market?
Nelson Sousa da Cunha: The release of Mister B Urban has exceeded our expectation by far; even now, six months later, it’s still a big success and the reactions from the market have been overwhelming. It’s a project which we believed in right from the start and we put a lot of our time and dedication into it. But the hard work has paid off. Of course we are not quite there yet, this is just our first Urban collection, but it is a good start.

What do the trade members like best about Urban? Which qualities of the new product line appeal to the consumers?
The thing we hear most about our Urban collection is that the quality is great. The features that set this line apart are the design of the underwear and the special push-up pouch. Next to that, our new way of packaging the product is something trade consumers really like. 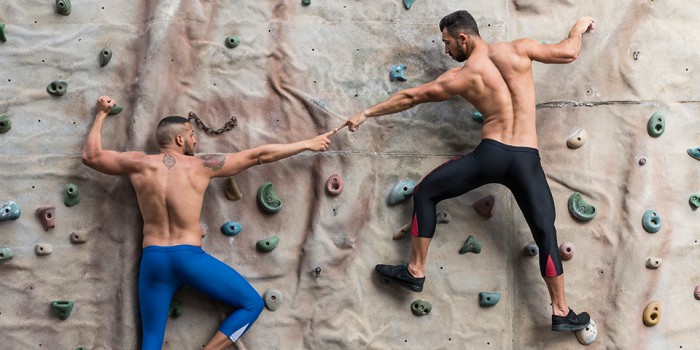 In phase one, you presented the ‘basics’. Which products did you choose to introduce people to the Urban brand?
We went for underwear in three different styles: the classic brief, a jock brief, and a jock strap. We decided to go for the known ‘go to’ colours in the scene, red, blue, black, and white. With that, we added matching football socks which have a small pocket in the right sock.

Why did you decide to launch these products in several stages?
Because textile products are more liable to trends, we decided to start with a small solid basic line which will still be interesting for the coming years, and release a new line every spring/summer and fall/winter to keep up with the trends. This allows us to play with the seasons. Swimwear in summer for example, like the new collection we are launching now in March.

In March, you’ll introduce the second wave of Urban products. What can we look forward to?
For the spring/summer season we have some great additions to the Urban label. This includes several styles of swimwear. From a sporty design in several colours to a more fashionable printed designs. Also, we added a pair of running tights in two colours. All designs are also equipped with the push-up pouch, just like the underwear from the first line. 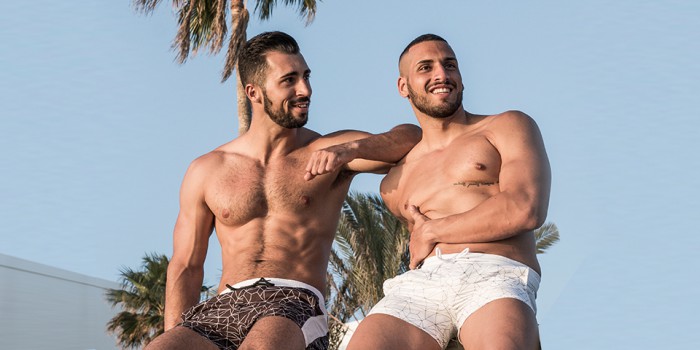 What can you tell us about the individual products? Will the price and quality be in line with the first wave of products? And will they cater to the same target audience?
All the individual products are designed by our product development team and made by the same producer as our underwear. So the quality and price will be comparable to the first Urban line. Unlike our underwear, the swimwear is not for everyday use so the designs are a bit bolder.

People who are not familiar with this segment may wonder: How do sportswear and bathing suits fit in with the fetish market?
Now more then ever, the fetish market is evolving – all the time. Of course, our core products are leather and rubber. But what we notice is that more and more people combine the “hardcore” fetish gear with the party wear gear. Several fetish parties for instance have a dress-code that includes sportswear. And since fetish gear is seen more in the circuit party scene, people also look for gear to wear to those dance party’s. A big portion of our clientele is gay and in the summer months, they love to go on gay cruises, visit gay beach destinations. There is a lot of flirting and cruising going on at those locations. Wear a Mister B swimming trunk and immediately send out the message that you are into a bit more than just traditional sex. 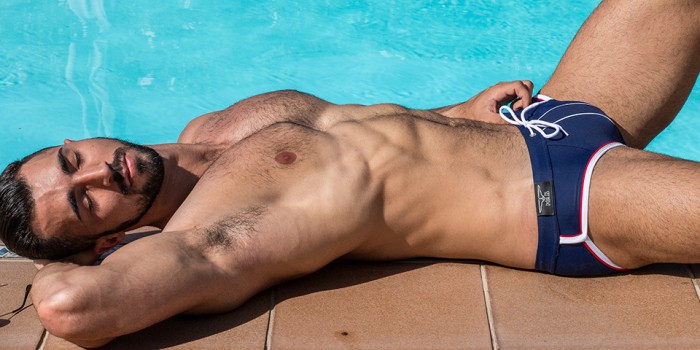 Do you have some advice for the brick and mortar trade and the e-commerce retailers about how they should present Urban to make the most of this brand?
Every brick and mortar has a different target audience and has to display their products accordingly. A gay fetish shop will display differently from an underwear shop that also sells lingerie for women. As far as gay shops are concerned, I would focus more on the gay aspect using our POS material which displays two Spanish hunks showcasing the underwear. For shops that are not gay-oriented, we have image material with the models where they have no sexually loaded interaction so they can be used to focus on their male customer without the direct “gay” connection.

What are the next steps you have planned for Urban? Will you continue adding new products to this private brand?
These two lines are just the beginning of what we have planned for the Mister B Urban label. Twice a year, we will produce a line, some basic, some more seasonal. It will always have the Mister B feel to it. Next to underwear and swimwear, we will also focus on street wear and party wear.