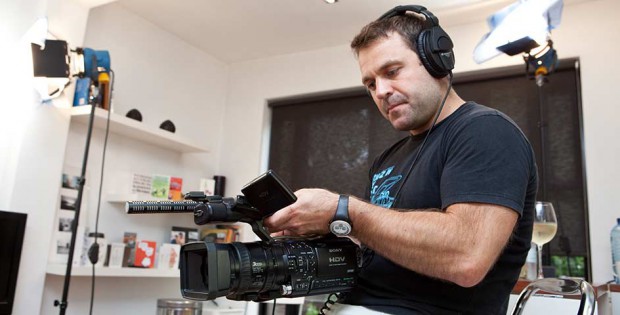 VR has not reached the level of market penetration where an investment in this technology would make sense, says Justin Santos, CEO and founder of Joybear Pictures. As he explains in our EAN interview, he doubts that, right now, VR would make an effective format for Joybear’s content or that it’s what the Joybear fans want. However, that doesn’t mean things can’t change.

Joybear Pictures stands for high-end films, however, you don’t offer VR content (yet). Aren’t you afraid that you’re missing out on a promising new format?
Justin Santos: We might well be missing out on a promising new format, however, my gut feeling is the market is not quite there yet. I don’t believe consumers have adopted VR in numbers that would justify the additional expenditure.

What is holding you back at the moment? The challenges and pitfalls of producing VR content? The expensive hardware – the cost of which will make the content more expensive for the consumers? The quirks and teething problems of the new technology? Insufficient demand?
We are focused on high-end features, which have proved popular with both female and couple consumers. I am not convinced VR is the right application for our type of content and target market. I can imagine more mainstream content working better in VR. Until I fully understand the potential the additional cost and work-flow will also remain barriers for us.

“I am not convinced VR is the right application for our type of content and target market.”

Please, tell us from a producer’s viewpoint: How complicated and challenging is it to create VR content?
Other than the kit and software it is relatively easy to create 360-degrees VR. Your content also needs to be tailored more to the ‘experience’. There is however now a more complex VR which goes a step beyond the ‘goldfish bowl’, enabling you to actually step out of the ‘goldfish bowl’ and look back and even interact with yourself and the environment. This is really only available to big (Hollywood) studios with big (Hollywood) budgets.

Could VR suffer the same fate as 3D content?
I think VR could very easily fail to take off and remain an expensive, unadoptable gimmick.

Tags:VR
Back to Front Page