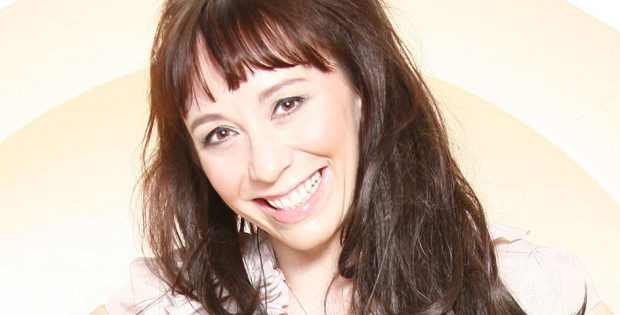 Quickly, slowly, tantra, kama sutra, BDSM, alone, with a partner … good sex can take many forms. Literally hundreds books and dissertations have been written about the subject, but still, there are countless half-truths out there – especially on the internet. Doing away with these is one of the main goals the makers of Kamorii want to achieve. The site serves as a guide for anybody who wants to know more and delve deeper into the various aspects of sexuality. To learn how Julia Akers and her team intend to achieve their goals, EAN invited the founder of Kamorii for an interview.

The mission of Kamorii is to improve the quality of intimate relationships and increase sexual pleasure and fun all over the world. How will Kamorii achieve this goal?
Julia Akers: Kamorii takes its members on a journey of sexual exploration. There are literally 1000’s of sexual techniques and positions out there and we make them easy to learn at the touch of a smartphone. Kamorii has 86 fully illustrated guides covering a wide range of methods and techniques. This gives couples the opportunity to bring more variety into their sex lives, giving them the chance to discover different ways to enjoy sexual pleasure. This in turn will inject sex life longevity and fun into their relationships. Kamorii also encourages openness and communication between sexual partners to truly learn how to give and receive sexual pleasure. This practice also deepens bonding and increases intimacy; the core of any happy relationship. Our Sex Position Player was specifically designed as a fun tool for couples to enjoy together. The enjoyment a couple can have from trying out new positions is endless; Kamorii has over 550 positions to try and over 110 sex position sequences to play.

Before we talk more about the guides and the unique features of Kamorii.com, could you give us some information about your team?
Kamorii has a core team of 3 sexpert writers, 4 illustrators and 2 web developers. The core writing team is made up of myself, a sexual technique researcher, Kerri Cust, a Canadian tantric sex coach, and Maya Liyer, a London based dominatrix. I worked as a commercial lawyer for 10 years prior to becoming an entrepreneur and embarking on the Kamorii journey. Kerri has worked in Thailand for 5 years as a tantra coach specialising in introducing tantric sex to couples. Maya has spent the last 10 years helping both couples and individuals enter the world of kink in a safe and consensual environment. This team also provides a new angle to sexual knowledge as most other sex guides are written by men. This provides our male members with a rare insight into female pleasure from a female perspective. Our artists are an international team of professional concept illustrators.

There are already a lot of websites, books, and videos out there that offer sex tips. Why did you choose to launch a website dedicated to this topic, and how is it different from what is available elsewhere?
Kamorii is vastly different from other sex books and websites. I have reviewed most sex guide materials and have always been left rather disappointed. There is often a lack of “how to” advice; the range of topics is generally limited and the quality of the artwork/photography is low. The few sex guide websites out there are quite old fashioned and were developed by brands dating back to the 70s and 80s which focus mainly on selling products. These are also very low-quality websites with outdated web design. Sex guide books are slightly better, but we know that mobile devices are key for accessing knowledge for most people; particularly the younger generations. The one website we do love is OMGYes.com which is ultra-modern and beautifully presented, but this is focussed on female masturbation and aimed at women. It really was time for a comprehensive modern sex guide to appear on the web using modern web design practices and high-quality artwork. The team at Kamorii views sex as a beautiful and important subject and we have tried to give it the treatment it deserves.

How would you describe the target audience for Kamorii?
Our target audience is anyone who is interested in learning more about sexual techniques who seek to inject variety and fun into their love lives. The key demographics Kamorii aims to help are long term couples whose sex lives have become less exciting; new couples seeking to try our new techniques; people who wish to learn more about delivering sexual pleasure to women; women who want tips on pleasuring men and more ways of pleasuring themselves; and those people who would like to explore tantric sex and BDSM. Kamorii also seeks to support those couples who wish to reintroduce intimacy into their relationships.

Which topics are currently available on Kamorii? And why did you choose those?
We have curated the largest collection of sex positions ever compiled and illustrated them to a high standard; this collection includes the kama sutra. We then enjoyed placing them into 110+ logical sequences allowing couples to try numerous positions easily with our Sex Position Player. We decided to do this as there is no single resource cataloguing all the wonderful sex positions and we thought it was necessary to do this exercise; sex being such a key part of most people’s lives.

Kamorii addresses female sexual pleasure which is a rather neglected topic. A Google search of “vaginal orgasms” sadly still returns results such as “Are vaginal orgasms a myth?” and “Vaginal orgasm ‘doesn’t exist’, researchers argue” on the first page of results. The Kamorii team knows for certain they exist. Battling such taboos is a central aim for Kamorii. Our Woman User Guides cover key areas such as all the different types of female orgasm and how to achieve them, female genital massages, using a vibrator on a woman, female genital anatomy, breast play etc. Our Man User Guide section similarly covers key areas for giving men more sexual pleasure and encourages women to try different techniques and positions.

Finally, we cover intimacy and female solo play. We know that intimacy is critical to all relationships and is unfortunately something that can disappear over time. We have useful exercises to help reintroduce and maintain intimacy for a lifetime. Our Woman Solo section gives women plenty of ideas for solo play; which is a topic little discussed. This lack of discourse on solo play is a little surprising considering the sex toy industry is worth $15 billion.

Could you give us an example of one of the guides? What does the user learn?
The Kamorii team’s favourite guide is our Vaginal Orgasm Guide. This is one of our free sample guides and can be found at kamorii.com/vaginal-orgasms. Quite simply this type of guide has never been written in such detail by women. Our guide will take you through a useful introduction to these amazing orgasms, including, what a vaginal orgasm is (and what it is not); how to recognise one; how to open up discussion with your partner about them; what is involved in a vaginal orgasm; and how to prepare your woman for one. We then give full details and guidance on the four main methods for achieving one. Kamorii sincerely hopes that this guide leads to more women experiencing this unparalleled pleasure more often.

Is there an order to the guides? Do you suggest a certain way the user should use Kamorii?
There is no particular order to the guides and positions. We like to view Kamorii as a Pick & Mix Candy Counter of Sexual Delights. The only section which has an order is the Kinky Time section and Maya suggests the best way of approaching her guides in her introduction.

Right now, Kamorii is only available in English. Do you have plans for other languages as well?
Kamorii has now been translated into four more languages, namely, Spanish (Latin), Spanish (Provincial), Italian and Portuguese. We are currently building these language websites as stand-alone sites on their own domains. This will allow us to tailor the sites to those markets and the members they serve. These will be live and accessible this coming December. Following the launch of these websites, we will proceed with translations into Mandarin, Russian, Japanese, French and German. The team genuinely aims for Kamorii to be a global product and to be of use to adults everywhere.

Which role do the illustrations play at Kamorii? Can you tell us a bit more about the artists and how they visualise the concepts and guides?
The illustrations are critical for Kamorii as we want our members to be able to “look & do” as much as possible without having to read long explanations. We understand that people do not have much free time and we want members to be “doing” more than “reading”. The process for achieving the illustrations was an 18-month long exercise of producing design briefs for the illustrators and explaining what each image should represent. We hope that each explains each position, move or technique in the best possible way.

How much sexual education is still needed in 2017? Do you think that people are more open and communicative about their sexuality than in the past?
Kamorii was inspired by the findings of the 3rd National Survey of Sexual Attitudes and Lifestyles. These remarkable British surveys are amongst the largest and most detailed scientific studies of sexual behaviour in the world. Professor Kaye Wellings, of the London School of Hygiene & Tropical Medicine, who co-led the study commented, “We need to start thinking about sex differently – sexual health is not merely the absence of disease, but the ability to have pleasurable and safe sexual experiences. Improving the quality of peoples’ sexual experiences and their relationships will not just improve the effectiveness of sexual health programmes, but is also something that is important in its own right.” In addition, Study Principal Investigator Professor Dame Anne Johnson (UCL) stated, “Positive sexual experiences are related to health and wellbeing throughout the life course, and it’s time for this to be given wider recognition by health workers, educators, and society as a whole. We need to do more to create an environment in which it is easier for people to discuss sexual well-being as an integral part of the conversation we have with people about our health.”

Kamorii attempts to respond to these highlighted needs to improve people’s sexual experiences and their relationships by providing a comprehensive guide to sex and sexual techniques. We hope that Kamorii has a positive impact on our members’ overall wellbeing and happiness.

The appearance of OMGYes.com and UK shows such as Sex Pod, highlight a willingness of people to discuss and explore sexual techniques and pleasure in more detail. We certainly believe people are open to learning more about sex and generating dialogue about personal preferences with their sexual partners; whether in short term or longer-term relationships.

Is Kamorii an ongoing project and will there be more and more guides in the future? Which topic will be next?
Kamorii is most certainly an ongoing project and we have more guides being produced at this moment. Future areas to be covered are advanced BDSM guides, advanced tantric sex guides, the power of slow sex and a deeper delve into male pleasure. Kamorii hopes to have a male solo pleasure section very soon. We also hope to deliver guides for the LGBT community and hire sexperts in this area. Kamorii will continue exploring sexual pleasure and deliver our members more wonderful sexual techniques. We are also now developing mobile apps to make our information more accessible.