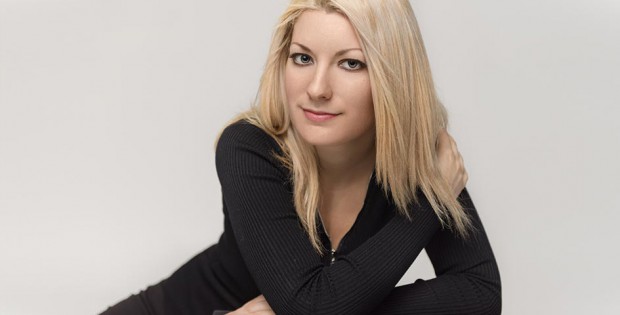 Never before have the designs and features of sex toys been more diverse and varied than they are today – not least of all because the concepts behind these toys are becoming more and more sophisticated and the technology inside these toys is becoming more and more advanced. Looking at the ever-growing range of products in the market, you often wonder: Who came up with that idea first? What’s the original, what was inspired by it? And: Which legal steps can you take to protect your creation? Attorney Maxine Lynn’s website sextechlaw.com is a veritable goldmine for anybody interested in these things. We spoke with Maxine about her blog, and she provided us with illuminating insights into the world of sex toy patents.

You recently started the website sextechlaw.com. What do you write about and why did you decide to inform your readers about these topics?
Maxine Lynn: The website includes the blog, “Unzipped Sex, Tech, and the Law,” as well as the “Sex Tech Patent IndeXXX” bulletin. As the sex technology industry grows, and even porn moves in a high-tech direction, there are a lot of new issues that will affect players in the industry. The blog will provide in-depth analyses of laws, court cases, and tech-related issues, like patent trolls and data security. In addition to providing the expertise of a patent and trademark attorney, I’ll include links to relevant court documents, patents, and other related items, so that readers can review and form their own conclusions about the various subjects. The index will list patents and patent application publications in the Sex Tech space by quarter beginning in 2017. The year 2016 was organised by first half and second half. Abstracts and links will be available, so people can easily understand and access each document. In 2017, I’ll also be introducing a podcast called “Unzipped The Business of Sex” at www.BusinessOf.Sex, which will allow for actual discussions about patents, laws, and other business issues with lawyers, industry insiders, and various pundits.

Dildos and vibrators have been on the market for a long time. Have there been recent changes that make this field more interesting to attorneys now?
Yes, many things have changed. For example, with the incorporation of advanced technology into adult products, innovation is moving quickly. Savvy companies are filing for patents on their ideas, and it’s only a matter of time before associated litigation begins. In fact, there has already been several infringement cases involving sex toy patents in the last five or so years. As lots of new companies crowd the space, it’s natural that issues will arise as they all compete for market share. Another example is the changing of societal norms. Talking about sex has become more acceptable, and use of adult products has become mainstream. As society evolves, so should laws. This raises the question of whether trademarks including sexually-explicit elements should be allowed protection by government trademark offices. Historically, some of such marks have been rejected by the U.S. and European trademark offices (as well as other offices around the world) as being “scandalous” or “immoral.” We may actually get some insight into that issue in a case being heard at the U.S. Supreme Court in January of 2017. These, as well as similar topics relating to a changing world, will be covered in the Unzipped blog and podcast.

“As lots of new companies crowd the space, it’s natural that issues will arise as they all compete for market share.”

Could you tell us a bit more about your background? Why did you decide to specialise on sex tech?
Sure. I am an intellectual property attorney with ten years of experience. I work on patent, trademark, and copyright applications, and everything that goes along with that, such as license agreements, manufacturing contracts, and litigation. I was invited to a “sex toy party” a few years back, where a consultant handed out catalogues with sex toys that you could purchase (like at a home Tupperware party). As a patent attorney who protects new technologies for a living, my mind started running wild imagining how those products could be improved. I did some research, and realised there was, in fact, a lot of room for innovation there. So, I started filing a few patent applications of my own. As I was researching how to actually develop my ideas, I uncovered fascinating legal (as well as business and ethical issues) issues, which I thought other people would find interesting too. I didn’t see anything out there quite like the blog and index I’ve now created. I’ve envisioned them to be resources for people in the industry, as well as those just curious to learn about it. So, as I write articles, I interweave a little bit of humour here and there to lighten the tone and make sometimes dry subjects more intriguing and memorable.

Is working as an intellectual property lawyer for the adult industry any different from working for other industries? Are there specific challenges you don’t find in other industries?
I think one of many challenges you’ll find in this industry, at least as it is today, is the fragmentation, by which I mean most companies are small. Several lawsuits relating to alleged infringement of “the teledildonics patent,” directed to remotely controlled sexual stimulation systems, wreaked havoc on the industry because it was difficult for small companies to handle the high costs of litigation. We saw that the situation was different when the crowdfunding platform, Kickstarter, was sued based on the same patent. After Kickstarter refused to settle, the plaintiff dropped that suit, without dropping the suits against the much smaller sex toy companies. This was most likely because the plaintiff knew that the behemoth crowdfunding company would have the money to fight back. A loss of a lawsuit could potentially include the invalidation of a patent – Too much for a patent troll to risk. Unfortunately, we’ll probably see more cases like this in the future.

“I think one of many challenges you’ll find in this industry, at least as it is today, is the fragmentation, by which I mean most companies are small.”

Part of your website is the Sex Tech Patent IndeXXX. Which patents are in this index? How many patents are out there that affect sex toys?
The index includes patents on sex tech, condoms, sex furniture, and other technology meant to enhance sexual pleasure. Patents on VR and AR are included if they specifically mention sexual uses. Medical devices are excluded, although sometimes, it’s a fine line as to where sex toys end and medical devices begin. For the first issue, I located 27 U.S. utility patents that issued in the first half of 2016. Over time, the index will be expanded to incorporate design patents, patent application publications (applications that have published, but may not necessarily have issued yet), and European patents. I’ll also look back in time, and compile patents and publications from about 1998 onward. At that point, I’ll be able to more clearly answer your question about how many patents are out there on sex toys!

The patents you cover in your blog and index are from the US. Are the laws in Europe different? What should innovators keep in mind if they want to market their products worldwide?
Europe has its own patent laws and system, separate from the United States. While Europe’s laws are similar to those of the U.S., it’s important to have accurate and complete information. So, when issues arise in Europe or any other part of the world, I’ll have guest bloggers including attorneys and other relevant experts from whichever country is applicable. Innovators should keep in mind that it is important to carefully look at the laws of every country in which they are interested to protect their ideas. They need to understand how the requirements for protection may vary, so they can comply with all of the applicable rules. On the flip side, innovators also should look at where competing products have been protected previously to avoid infringing on a third party’s patent in a country that perhaps they overlooked.

The sex tech market is growing quickly, with new innovations and products hitting shelves every day. How can small companies make sure they don’t get into trouble for copyright or patent infringement?
On one hand, copyrights protect creative works like books and music. A company can avoid copyright infringement by taking care not to copy any advertising or packaging designs of others. On the other hand, patents cover tech innovations. To avoid patent infringement, a company should consider a freedom-to-operate search on a product idea before launch. This search, usually done by a patent attorney, can determine whether the product, if produced and sold, would infringe on a third party’s patent. Unfortunately, such a search can be very expensive, so the company has to do a risk/benefit analysis before committing to it.

Is there an easy way to tell a (legal) innovation apart from a (illegal) copyright or patent infringement?
Remember, copyright is for creative works, rather than technological. Tech is instead covered by patent, so it has separate and different standards from copyright as to what constitutes infringement. For a creative work to infringe a copyright, it must have been copied from the original, and therefore, be substantially similar. So, it is important that company marketing teams are careful not to copy the advertising or packaging of others. For a product to infringe on a third party’s patent, the product must include each and every element of one or more of the patent’s claims. Reading a patent document can look daunting to someone who is not familiar it. Initially, there is a technical description of the invention, called the “specification.” The “claims” are at the end, and they delineate what the patent owner actually owns. The specification is meant to help in interpreting those claims. A company should compare its product to the claims of the third party’s patent to determine if the product includes all of the features of at least one of the claims. If all of the features of a claim are found, the company should check to see whether they can “design around” the claims to avoid heading straight on into a potentially-costly and time-consuming lawsuit.