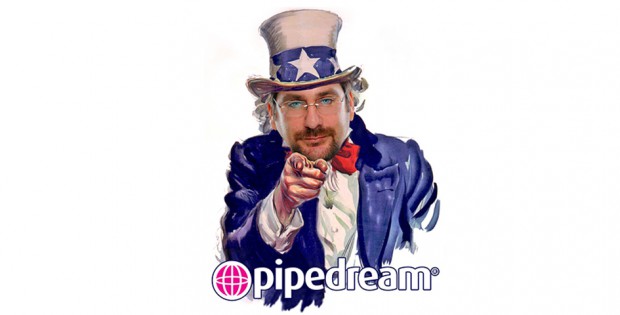 The US primaries are nearing their end. In the Democrat camp, everything points to Hillary Clinton becoming the party’s candidate, and on the Republican side of things, Donald Trump has left most of the competition in the dust. It remains to be seen who will be elected the next President of the United States, but one party is already a big winner: Pipedream Products. The company has demonstrated a remarkable knack for addressing political events with their own brand of humour. In our interview, Pipedream CEO Nick Orlandino shares his take on the race for the White House, and we talk about the strategy his company pursues with products like “Horny Hillary” or the “Donald Chump Love Doll”.

The race for the US presidency is in full swing and Pipedream took advantage of this with the Donald Chump Love Doll and a petition for Ted Cruz to get his penis moulded. Is this pure marketing or does Pipedream want to make a political statement as well?
Nick Orlandino: I’m always looking for opportunities to promote Pipedream brands so when I found about Cruz’s position on sex toys and sex in general, the petition for him to get moulded seemed like a natural fit for Pipedream. All jokes aside, I lived through the days when industry pioneers were put in jail for doing nothing more than trying to earn a living, so freedom of speech and expression is something I take very seriously.

When fundamentalists like Cruz have a chance to be in power, that’s not something our industry should laugh off. It wasn’t that long ago here in the States, when we had another fundamentalist in the role of Attorney General, and before 9/11, he had the adult industry in the crosshairs with over 30 special prosecutors ready to go.

We generally don’t make political statements. Here at Pipedream, we’re an equal opportunity offender — but when it comes to a gavone like Cruz, our industry would be better off if he was out of the picture.

What impact would a Trump or Cruz victory have for the adult industry in the US?
I’m not too worried about Trump. I know Trump, I grew up in New York seeing his name plastered all over the tabloids and local news. He’s a lunatic, but mostly a performer and the furthest thing from a bible thumper. When it comes to our industry, he seems harmless compared to Cruz — but please don’t misinterpret that as a ringing endorsement. (laughter) 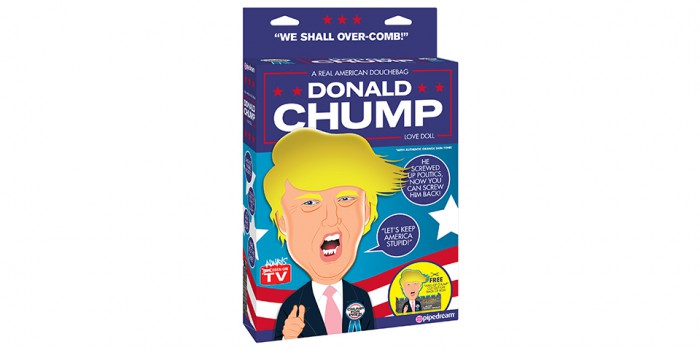 How many people have you reached with your PR in this regard? Did you get the attention outside the adult industry as well?
It’s hard to put a number on how many people are reached, but every time we put something like this out it gives the brand a publicity bump and reminds our customers why they support Pipedream. We take advantage of all opportunities to get our brand into the public, to the consumer so our retailers can easily close the sale when those consumers walk through their doors.

We’re constantly featured in mainstream press, movies, TV shows, web videos, podcasts, blogs — it’s amazing to me that after all these years Pipedream is still the authority on adult novelties. We are everywhere, bro. 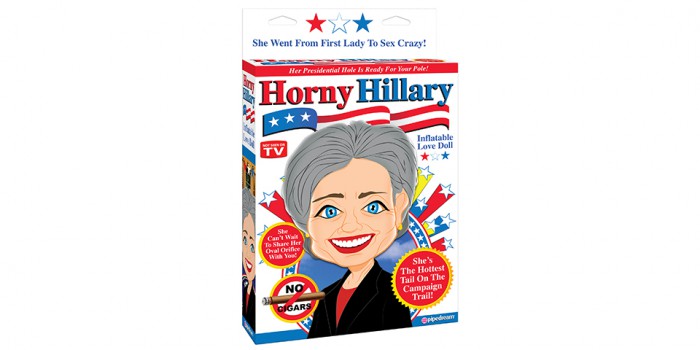 We also have our Obama items: Blow-Up Barack Presidential Love Doll and Beatin’ Barack, a wind-up toy that shows the president stimulating his own package – we marketed this as ‘another jerk-off in the White House.’ (laughter) We also took the 2016 election as an opportunity to re-release another Pipedream classic wind-up toy – Whackin’ Willy. Which features former president Bill Clinton as a ‘Presidential Meat-Beater.’

Bottom line is we love any politician that can help our customers turn profits. 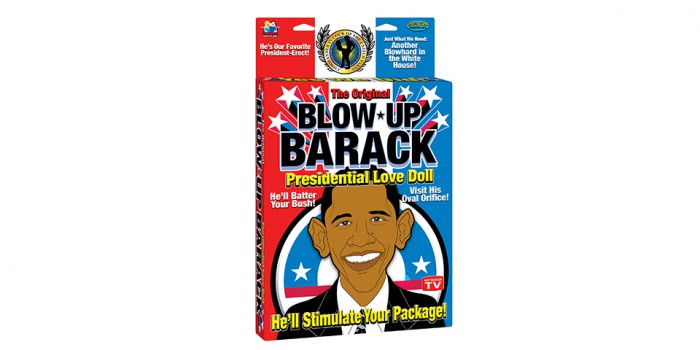 Will we see further Pipedream products inspired by US politics?
We’ll see how the rest of this crazy election season goes. But sure, I started as a gag guy, so you can expect Pipedream to continue to create these top sellers.

What do you think: Who will win the race for the White House this fall?
Hillary’s got the numbers right now, but this is the wildest election I can remember so we’ll have to see what happens. Either way, your PD reps will have you covered whether it’s a Clinton or a Trump White House. Like we say here at Pipedream, politics really is a joke.

Tags:Dolls, Pipedream
Back to Front Page