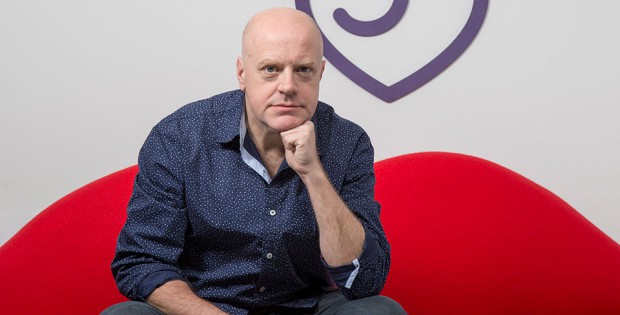 Following the highly successful official pleasure collection of Motörhead products, Lovehoney taps the next rock’n’roll legend for a line of branded sex toys. This time, it’s glam metal band Mötley Crüe. Neal Slateford, the co-owner of Lovehoney, sheds more light on this latest licensing coup and the combination of sex and rock in our EAN interview.

Before we turn to Lovehoney’s latest signature collection, let’s talk about Motörhead – The Official Pleasure Collection. Did these products meet or maybe even exceed your expectations?
Neal Slateford: Motörhead – The Official Pleasure Collection was the first mainstream collaboration between a music brand and sex toys. Sex and rock music go hand in hand – the Motörhead collection perfectly captures the raw energy and sex appeal of both. The only thing we left out was the drugs. Our main objective was to create face-melting pleasure tools that rocked. All aspects of the products were based around the idea of power, reflecting Motörhead’s demand for ‘Everything Louder than Everything Else’. We sold out of the first and second shipment practically overnight and have shipped more than 40,000 units in the 10 months since going on sale. Our glowing customer reviews, all averaging above four out of five stars, are testament to the fact that the The Motörhead Collection delivers on power, feel, presentation and orgasm factor. We also received a top licensing award for the collection at the 2016 LIMA Licensing Awards, winning Best Health and Beauty Licensee. LIMA, short for The International Licensing Industry Merchandisers’ Association, is the leading trade organisation for the global licensing industry.

Did the line attract attention outside the adult market as well?
Following the collection’s launch in September last year, Motörhead – The Official Pleasure Collection enjoyed a mainstream media blitz which is unheard of for the adult industry, with only one key brand ever managing to surpass it – mega-brand Fifty Shades of Grey. Music magazines such as Kerrang, Classic Rock, NME and Planet Rock were hot off the mark to report on the range. They were joined by popular UK newspapers The Sun and The Daily Mail as well as countless other print and online titles, and TV shows around the world. Motörhead sex toys can be purchased from many rock merchandise retailers, including emp.com. 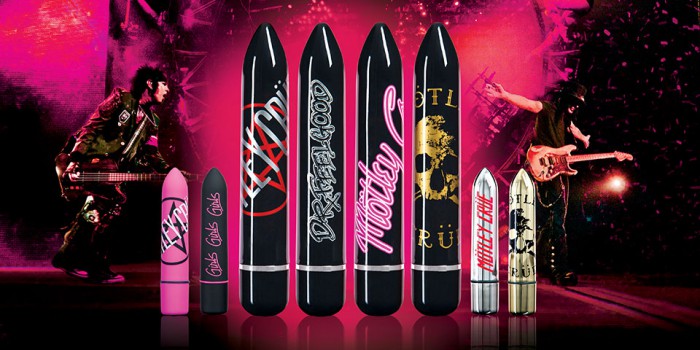 So now you’re following up Motörhead with Mötley Crüe! How did this collaboration with the legendary American glam metal band come about?
We actually signed this deal before the Motörhead one, but for various reasons it took a long time to get the products right. We approached the band’s merchandising agent with a proposal and the band’s management loved the idea, and off we went.

The band decided to call it quits at the end of 2015. Did that make it easier to get them to provide their name for a collection of vibrators?
This deal was signed way before they even announced the final tour, so it had nothing to do with it.

Glam metal and vibrators – how does that go together?
‘Sex, drugs and rock’n’roll’ (minus the drugs) is a classic combination.

Some people might argue that everybody has at least heard of Motörhead, also outside of rock’n’roll fandom, whereas Mötley Crüe doesn’t have the same level of name recognition. What is Lovehoney’s response to that?
In terms of music sales, Mötley Crüe take the crown. Mötley Crüe have sold 100 million records worldwide (25 million in the USA) versus 30 million by Motörhead. The smash hit ‘Ace of Spades’ and leadman Lemmy certainly made Motörhead more well-known in the UK market – but Mötley Crüe continue to have a huge following, particularly in America.

Who is the target audience for the Mötley Crüe vibrators?
The toys are targeted predominantly at Mötley Crüe fans but, as was the case with Motörhead, even those unfamiliar with the band are bound to enjoy them just as much thanks to the high quality, intense power and gorgeous designs.

Do you expect a success similar to the Motörhead line?
We’re confident these toys will top the charts with our customers. 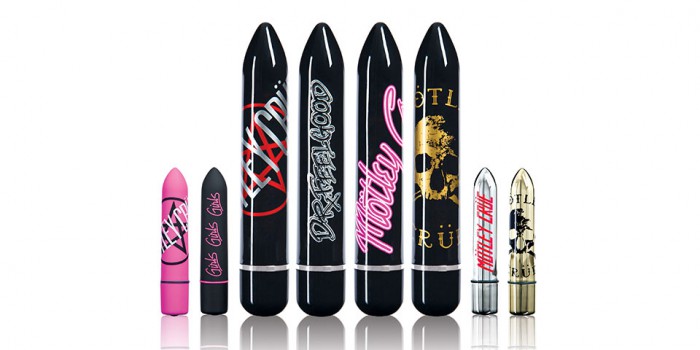 How many toys are part of the collection, and what types of products are they?
Named after the band’s best-selling songs and albums, the official Mötley Crüe Collection comprises a set of eight powerful mini and midi-sized vibrators, emblazoned with the band’s iconic typography and distinctive artwork.

When will this new product line be available from your wholesale and distribution partners?
The Official Mötley Crüe Collection is available to pre-order now and will ship to retailers in September.

Will you also provide the retail trade with sales-promoting materials for the point of sale?
Lovehoney is investing more than ever before to ensure all retailers have the opportunity to showcase all of Lovehoney’s great brands and products. We have created a whole new POS pack for both rock collections that will not only present the products brilliantly, but will also create some theatre in store. Get in touch to find out more enquiries@lovehoneytrade.com.

Are there any plans of including the band or individual band members in the marketing of the collection?
Well two of the band live in Los Angeles, so you never know who you might see on Lovehoney’s stand at the next ANME show!