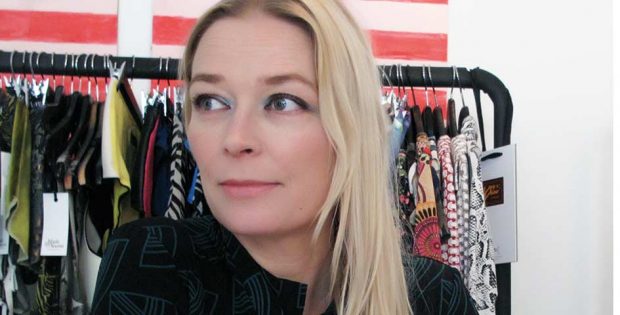 2017 was a year of consolidation, says Sophia Nystrand, founder and head of distribution company Basic Instinct. In our EAN interview, she tells us how she perceived the developments in the adult market this past year, how her own company changed and developed, and what she expects from 2018 and beyond.

How would you sum up the year 2017? Did your business activities develop favorably in the past year?
Sophia Nystrand: Yes. It has been the best year since I started the business in 2010. The key point was to scale and develop existing customers which we did.

And what about the adult market as a whole? Was 2017 a good year for the industry?
In comparison to the year 2016, the adult market in Scandinavia has stabilised. But of course, we saw extreme activity and development within E-Commerce and especially the mainstream.

What were your highlights of 2017 in the adult market?
I got to know the Finnish market through a new big account. And we made a very successful exclusive line for my biggest account (online).

What were the biggest, most important developments and changes we saw in the adult market in 2017?
As I predicted in my interview in EAN last year (September 2016): 2016 seems to be the culmination (of the reorganisation of the adult market). So 2017 has been the year of consolidation.

A lot of new technologies and features were introduced in 2017, and some people believe that these new forms of stimulation will render the conventional vibration technology obsolete. Do you think this could really happen, or are we getting ahead of ourselves here?
No. I am deep in the mainstream market and I can see the big gap between supply and demand.

You distribute a selection of brands. Did you notice an increased interest in brands in the adult market in 2017, or do most people still go for no-name products?
Again, why I work with brands instead of making my own range or taking in ‘whatever’ is that I have contracts with my bigger accounts who care about the production, social responsibility, and workers rights such as freedom of association, health & safety, discrimination, and child labour etc. And now with the situation around H&M and people’s response throughout social media, this is very topical. I am very surprised that consumers still shop what-ever-products from whatever webshops without knowing the background story.

“I am very surprised that consumers still shop what-ever-products from whatever webshops without knowing the background story.”

Adult products in the mainstream market – this topic has been part of the conversation in the adult industry for years. Did we get closer to the goal of making vibrators, etc. more palatable to the masses in 2017?
Yes, I think so. And a good example is Lovehoney and their license products. But still we have a lot to learn around branding and packaging.

Do you agree with the statement that certain target audiences, such as women over 40, have been neglected a bit in 2017?
Yes, that’s absolutely true. And we will see even less of it since the world (especially in Scandinavia) is focusing even more on the youth.

There are certain problems that have plagued the market for several years, things like price wars, market saturation, competition from the Far East, copyists, etc. Were those also the dominating problems in 2017?
Sophia: Yes, I think so. And that’s why I am putting resources on PR in 2018 to inform and educate the consumers and customers. For example, to tell them about the risk you take when buying directly from China. When I started my company, my idea was to work a lot with PR to open new markets. But I realised quickly that the market wanted to be independent and self-developing (nobody listened) – but now, 8 years later, the time has come.

Another ongoing development in the adult market is the erosion of the traditional supply chain. How did that play out in 2017?
That already happened in 2016. 2017 was quite calm and steady.

And what plans do you have for your own business?
The first quarter, I will have a meeting with my lawyer at Trade Partner Sweden and update my contracts with the suppliers. It has been quite scary to see the H&M situation as I am working with big mainstream accounts I must assure that everything is 100%. I will also focus on IT the first two quarters and make everything more effective for me, my logistics partner, and for my customers. And I am looking into developing and producing more exclusive lines.