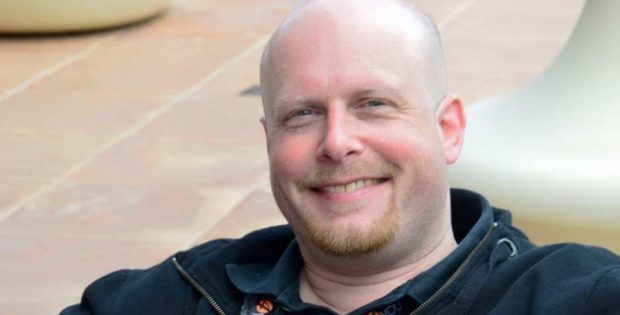 The potential of virtual reality content has been the subject of a lot of conversations, discussions, and speculation in recent months, but we still haven’t seen a big breakthrough moment for this new technology. VR consultant Stefan Geisler (www.stefangeisler.com) feels that all we need now is a killer app to set the ball rolling. And after that? Well, the sky is the limit. We are only just scratching the surface of what this technology can achieve, as we learn in our interview with the virtual reality expert.

Before we turn to VR, could you tell us a bit about yourself?
Stefan Geisler: Certainly. I originally worked in medical engineering: My first work years were spent at Siemens medical technology, during which time I sold everything a dentist could need, from cotton rolls to modern practice equipment including treatment chairs, x-ray devices, etc. After that, I worked at Henry Schein for another three years; they’re the world’s biggest b2b store for medical supplies, and while there, I also got my bachelor’s degree in business management. Next, I worked two years for a printing template producer, focusing primarily on database-supported catalogue production.

What got me into the adult business was actually a joke. I was playing in a band, and I and my bandmates, we wanted to see if we could make money with pictures of naked women – just for fun. But that’s how I met the person who would end up becoming my business partner. And the rest is history, as it were.

A few weeks ago, you decided to leave the content market behind and try your luck as a freelance VR consultant. What were the reasons for this decision?
Well, you never really leave the adult business, and I still feel that I am part of it. Also, I am still running our content shop, www.AmazingContent.com. But the main reason for me to focus on consulting is that I learned a great deal about VR over the course of the past two years, and I want others to benefit from this knowledge as well. When it comes to making money with VR, the adult business is definitely a step or two ahead of the mainstream. But obviously, the overall potential in the mainstream market is much bigger.

“When it comes to making money with VR, the adult business is definitely a step or two ahead of the mainstream.”

Please, tell us about your experience with VR? For instance, is it correct that you produced VR content yourself?
My business partner and I produced about 300 VR scenes throughout the past two years, all of them for www.RealityLovers.com. I watched and analysed each and every one of these scenes and optimised them based on our user feedback..

What services does a VR consultant offer, and who are these services for?
Many mainstream companies – be it industrial, medical, tourism, or entertainment companies – want to get in on VR, but they don’t know how to go about it, simply because this is a technology that they don’t have any experience with. So, when someone makes use of my services, I usually start by taking stock of their business model and activities, finding areas where there is potential for VR, but also AR (Augmented Reality.)

For instance, a construction company might be interested in developing an app so that potential house buyers can take a look around their dream home long before the foundation is laid. They could fill the virtual house with furniture, maybe even their own, and take a tour of their future domicile as if it were built and fully furnished. Planning and implementing projects like that, plus, coordinating with the various service providers so my clients get all the information from one source, without having to deal with numerous contacts – that is my job.

How far along are we in the evolution of VR? Would you say that the technology is still in its infancy? Is it (still) too expensive or (still) too complicated?
Yes, often times it is, unfortunately. You can tell that the user interfaces are often created by very technical-minded people, without much input from the users themselves. But we are getting there.

One argument that comes up often in the discussion surrounding VR is that it is merely a gimmick. What do you say to that?
Nobody who has ever read articles about the potential of virtual reality in the medical realm – for instance in pain management, Alzheimer’s treatment, or as part of therapy for paraplegics – would still be making such statements. Of course, we’d all be able to live our lives without VR, yes, but that is not the point. The point is creating additional value in our lives, finding und realising potential. This technology is far from being a gimmick.

Could you bring us up to speed on the latest technological advancements and solutions – i.e., what are the best ways for the consumers to enjoy VR right now?
As far as VR hardware is concerned, I am having high hopes for the Oculus Go Headset that will launch sometime this year at a price of roughly 200 euro. Hopefully, it will be the perfect solution for consumers who are not interested in VR gaming but want to consume content in a more passive way and don’t feel like making a cardbox headset for their smartphone.

But we will also see lots of new developments among high-end headsets such as the Oculus Rift or the HTC Vive, and soon, we’ll be able to use them without additional hardware – and wirelessly. That should make them much more appealing to consumers who have remained hesitant thus far.

Most people seem to agree that there is tremendous potential in VR, but what has to happen so this potential can be realised? How can we reach the necessary level of market penetration?
Right now, we need a killer app, something like VR content on Netflix. That would definitely inspire millions of people to buy a headset. And of course, once they have their headset, they’d also use it to consume all the other content that is available.

Last year, VR was a big topic in the mainstream media, but today, it is no longer being talked about. Has the hype already died off, or is this just a temporary lull?
I don’t know about the hype, but I am keeping a close eye on the developments in the world of VR/AR, and I can say with complete certainty that the truly big, seminal moments in VR are yet to come.

“I can say with complete certainty that the truly big, seminal moments in VR are yet to come.”

Has the adult industry played the same pioneering role in the development of VR as it did with previous entertainment media?
If we are talking about VR video, yes, definitively. We’re still miles ahead of the mainstream in that field.

Obviously, VR is not limited to adult content. Which other areas could benefit from VR?
The easier question would be to ask which areas would not be suitable or VR … although VR will probably be the more limited field compared to AR, at least in the long run – partly because AR is not tied to a headset; all you need is a smartphone or a tablet. So, I am certain that quite soon, we won’t want to live without AR. It will be completely normal to call up additional information about everything we are doing in our life.