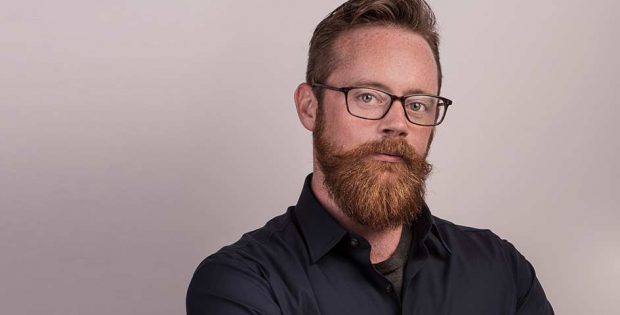 If you ask people about possible applications of sonic waves, clitoral stimulation would probably be the last thing anyone would think of. But that was before LELO’s SONA, a unique product that employs sonic wave technology for sexual stimulation. How exactly does it work? And what is up with the Cruise Control feature that is included in a special edition of SONA? We asked Stu Nugent, LELO’s Brand Communications Manager, in our EAN interview. Among other things, he explained why SONA is not just a product, but also a symbol of cultural and societal change, and why this new innovation doesn’t mean that LELO will turn away from vibration technology.

How long did LELO work on SONA?
Stu Nugent: It’s hard to say exactly where SONA began as a concept. Usually, that’s an easy question to answer because generally a LELO product starts with a solid idea and changes very little, in principle, until it gets to market. But SONA’s development was a much more organic process, that started sometime in 2014, and the product changed a lot over those three years, particularly in the last year, as the sonic technology was refined. The product had to change a lot to accommodate that technology.

It’s important to note too that we haven’t stopped work on SONA now that it’s on the market. This is the fun process of listening to the market’s response, and looking for opportunity for improvement.

When and why did you decide to step away from the traditional vibration technology which has been used in most products for many years?
We haven’t stepped away from vibrations, and LELO is still committed to our core offering of vibrating pleasure products. That’s a proud part of our heritage. But we’re always looking for new sensations and innovations too. SONA isn’t our first departure from more classical sex toy styles: ORA, our oral sex simulator, one a Red Dot design award when it was released, for example. It took us a long time to settle on sonic waves, but it was definitely the right decision.

The SONA technology is based on sonic waves, and according to the press release that accompanied its launch, it can stimulate the whole clitoris. How exactly does this work?
Traditional clitoral vibrations feel great, but generally can only stimulate a relatively small area of nerve endings on the surface of the clitoris. SONA, though, doesn’t rely on traditional vibrations, instead stimulating the clit indirectly via the sonic waves created by an oscillating disc in SONA’s ‘mouth’.

That allows the waves to be transmitted to the internal structure of the clitoris, instead of just the external parts. It’s a bit like a loudspeaker in a nightclub: if you stand in front of it, the sonic impulses of the music seem to come from within you. You can feel the music with your whole body. It’s the exact same principle with SONA.

Sonic waves are usually associated with sound, so … is SONA a noisy toy?
The sonic waves themselves make no noise, but the motors required to make them powerful enough to be pleasurable prevent SONA from being totally silent.

It is obvious that the sonic technology offers certain advantages over traditional vibration motors, but where does it stand compared to technologies based on compression waves or suction?
This is really only something the market can tell us. What we’re seeing in the customer reviews is overwhelmingly positive – in my 15 years in the industry, I’ve never seen any sex toy from any brand released to such unanimously good reviews. Compression waves and suction both seem to be ‘love it or hate it’.

SONA’s premium version, SONA Cruise, offers another unique feature, namely the so-called Cruise Control technology. What can you tell us about that, and how does it benefit the user?
This is a real piece of smart design, developed to address one of the most frustrating features of conventional sex toys: power drop. When in vigorous use, a sex toy’s motor will begin to struggle, and suddenly all the power will be lost just when you want it most. Cruise Control combats that with unique technology that we invented. Basically, SONA Cruise reserves 20% of its full power until a sensor begins to detect the motor struggle under load. Then, it feeds that extra power in to fight the drop in power that would usually result. The user should barely ever notice it working. And that’s the point, SONA Cruise should be a seamless experience.

Apart from the sonic technology and the Cruise Control system, what other qualities do SONA and SONA Cruise offer?
Perhaps the other big impressive piece of engineering is that SONA is made from a single piece of silicone. Even on the back, there’s silicone beneath the gold backplate. This makes it completely waterproof and incredibly hygienic and easy to keep clean. Aside from that, usual stuff applies: quiet, 8 settings, USB-rechargeable, and the usual high quality and long life you’d expect from LELO.

SONA is more than just a sex toy. LELO calls it a symbol of cultural and societal change. Could you elaborate on that?
This was a part of the early part of the launch campaign. The point we were making was that the clitoris was not formally described or defined until 2005. That’s so recent, to put it in perspective, it was the same year Youtube was launched. We landed on the moon in 1969. It’s crazy that the clitoris was so poorly understood for so long. It speaks to a culture of de-emphasising female pleasure, or not valuing it highly, and LELO has always fought hard against that attitude. That’s why we think SONA, which is the best thing in the world that’s only for the clitoris, is a statement about how much you value your pleasure.

Who is the target audience for SONA? Experienced connoisseurs or newcomers to the world of sex toys?
We think that the sensations are so different from what you might have experienced before that it takes some experience to understand them fully. But we also think being unfamiliar with conventional sex toys might be a huge advantage. The only people we suspect might struggle with SONA are those with are neither new nor experienced. But hey, we have never, ever dictated who should and shouldn’t use our products, and we won’t be starting now!

More and more products hit the market that make use of new technologies such as compression waves, suction, sonic waves, or oscillation, but won’t there always be room for conventional vibrators? Isn’t it premature to sing the swan song for this technology?
Yes! Look, saying one technology feels good is not the same as saying another technology doesn’t feel good. We love vibrations at LELO, they are our heritage, our legacy, and the cornerstone to what we do. SONA just represents a new category we’ve created, and a new sensation we’ve introduced. Despite the huge success of SONA at launch, our vibrating pleasure products still represent the bulk of our business. For now…

How much potential do you see in this product category? Will we see other new stimulation methods apart from conventional vibration, or are all feasible methods covered by now, and what we’re going to get from now on will mainly be variations of the compression wave, suction, sonic wave, and oscillation concepts?
As soon as a new technology exists in the world, we will find a way to have sex with it. The first viable camera was released in 1841. The first prosecution related to photographic obscenity came in 1842. By 1848, there were 13 pornographic studios in Paris alone. There’s no guessing which innovation will pop up next. The same is true of our relationship with our bodies. We’ll never stop finding new and unexpected ways to derive pleasure. And that fact gives us at LELO great hope for the future.

Tags:Interview, Lelo
Back to Front Page