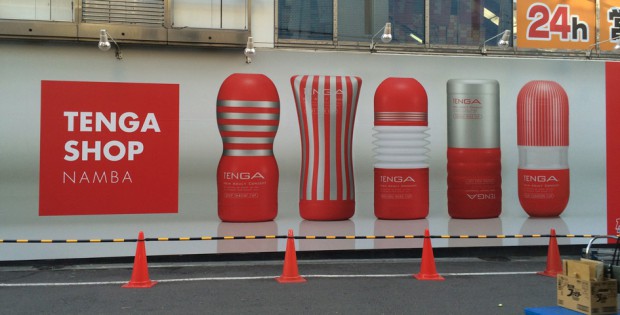 As Eddie Marklew tells us, Tenga has achieved a level of name recognition in Japan that is usually reserved for politicians and rock stars in most countries. More than 70% of young Japanese men know the brand. That’s definitely a big advantage for retailers who have incorporated the company’s shop in shop concept in their stores. So far, there are two Tenga Shops in Japan, and more are about to follow. During our conversation with Eddie, we asked the company’s Global Marketing Manager about Tenga’s plans for their shop in shop concept, and of course, we were particularly curious to find out if maybe, people will be seeing the red logo a lot more in Europe as well. 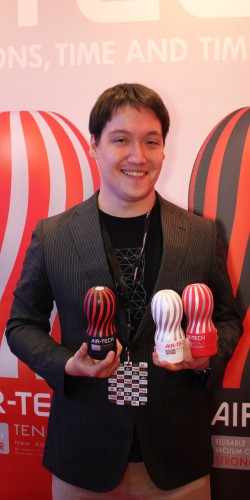 TENGA opened its first shop in shop by the end of 2015, followed by another one at the start of this year. Why did TENGA decide to take this step now?
Eddie Marklew: 2015 was TENGA’s 10th Anniversary, and the final celebration was to open our first TENGA Shop. In Japan, with brand awareness in the 70+% range for men in their 30s, TENGA is a huge brand and we teamed up with select stores to celebrate our anniversary, and liven up their surroundings with our recognisable branding.

How has the reaction by the customers been so far?
The customers coming to the TENGA Shops are not only fans of the brand; there are also those who may know about the brand but have not purchased a product yet because they are not regular visitors of sex shops (or more commonly in Japan, DVD shops) that sell our products. There have been a large number of couples and groups of women coming into the shops too, thanks to the inviting lighting and friendly atmosphere!

Which measures did you take to promote the new shops?
We held an opening event and announced the launch on a radio programme we sponsor called “TENGA Jaya (TENGA Teahouse)” on FM Osaka, as well as to our followers on social media. There’s also a lot of branding around the shops themselves such as the big TENGA entrance, shaped like our Original Vacuum CUP. That is a big eye-catcher in the busy shopping districts where these shops are situated.

TENGA wants to create 20 new stores before the end of 2016 and up to 100 until 2020. That sounds like a big investment. Which role will the shops play in your company’s strategy?
The TENGA Shops are shop-in-shops of retailers with whom we have good relationships in Japan, so the investment doesn’t currently involve real estate costs. That said, we do have plans for opening stand-alone stores as the 2020 Olympics here in Tokyo draw near. 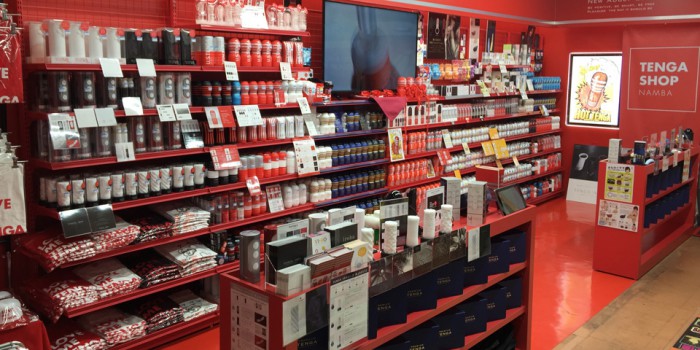 Your first two shops were opened in TENGAs home-country Japan. Are you planning similar shops in Europe as well?
Since releasing the news to the press, we’ve had a lot of interest from several countries but at the time of writing, we don’t have any concrete plans for stores in Europe. We’re still very open for discussions so please feel free to get in touch with us! global@tenga.co.jp

Do you only offer TENGA products or is your brand Iroha also available?
Both brands are available at the TENGA Shops – our full selection of products; in fact, this was one of the main requests of our fans: to have a place to visit that has all of our products. The shops even carry merchandise such as T-shirts, caps, and limited edition items! The T-shirts for example have been featured in a movie in Japan where the heroine (a famous Japanese actress) was pictured wearing it, and so this design became quite popular- we have sold over 7000 of those T-shirts so far! 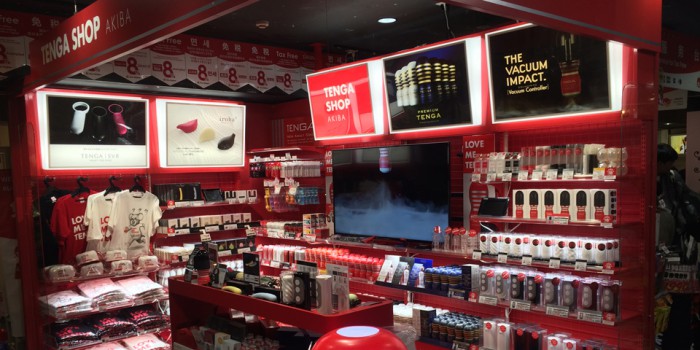 Which requirements must a retailer meet if he wants to set up a TENGA shop in his store?
To be honest, we are open to suggestions at this time. We know that each country (even each region) has different needs and stores have requirements themselves. That said, it would be important for us that these become places where our fans find all available TENGA items. In Japan, one thing we do have as a requirement is that each shop must have a specialist who knows all of our products well – a TENGA Master of sorts – to explain the products to customers.

What does TENGA offer in regards of shop fittings and materials?
The TENGA Shops all have custom-made displays to fit our items, with back-lit posters and a big eye-catching display to run our popular product videos on; those really help to explain our items to visitors of the shops. 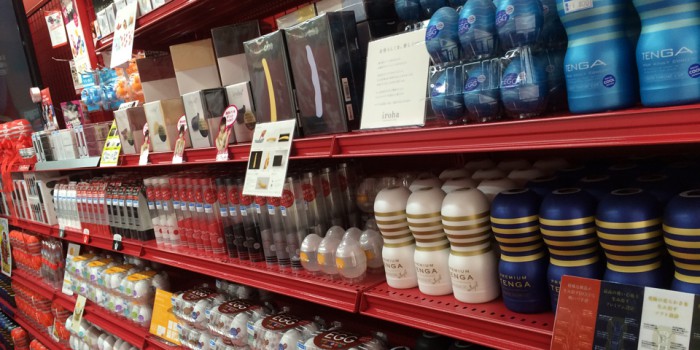 Will TENGA recruit new fans from among the shops’ customers, or will it rather be that the stores get new customers because fans are drawn in by the TENGA Shops?
For now, the TENGA Shops only exist in Japan where the brand is already very well-known. We hope to offer an accessible point of sales to people who have never tried the brand before, especially those who do not visit shops where TENGA is usually sold. That said, the plan is not to overtake the market with these stores, and even in Japan, the TENGA Shops will be placed strategically around the country to offer a promotional benefit to other retailers who carry the brand, but have shops in more accessible neighbourhoods. In addition to this, some of our stores, such as the one in Akihabara, are located in places frequented by tourists, so we hope they will take a TENGA souvenir back with them to spread the word in their home countries.

Do you have the feeling, that products for men and masturbators are gaining popularity at the moment? If so, why do you think this is?
We can’t speak for all male masturbators but the TENGA brand is certainly growing at a faster pace than ever. We have shipped more than 45 million products and are on course to hit the big 50 million near the end of Summer 2016!