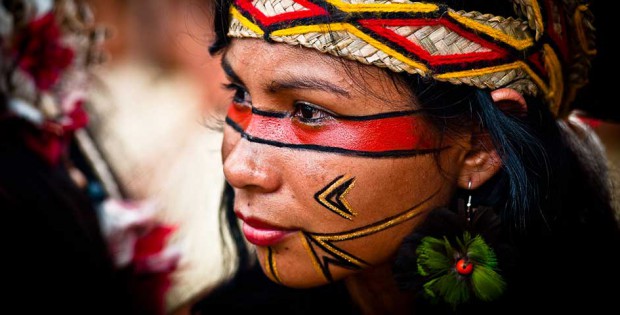 With 11,000 points of sale and 60,000 salespersons, the Brazilian market doesn’t have to shy away from comparisons with the European and North American markets. We spoke with Paula Aguiar, president of a Brazilian association for the adult market. In our interview, she grants us fascinating insights into the biggest South American market and she explains why cosmetics, lubricants, and consumables are so very popular in this region.

In September of 2010, I assumed temporary ABEME presidency, then being voted into this position in August 2013. My role is to represent the businesspeople and the market in front of society, public agencies, and press, guiding people’s interest to our products and business. I went to Marketing School so proposing innovations is also an important part of my work at ABEME. Being part of the Terminology of Assistive Products ISO Committee (theme: products for sexual activities for people with motor or intellectual deficiencies) and the Committee of Regulation of Mechanical Contraceptives (condoms, IUD) are among my responsibilities as well.

What are the latest developments in the Brazilian adult market?
Our major concern is to train the people currently working in sex shops, who are looking to provide more professional service to their customers. The employees must have knowledge of the use of the products they are selling; they need to know how to properly answer the questions customers may have. It is common that, in sex shops, the role of the employee is more than that of a mere store attendant. They are sexual counsellors, confidants, educators, and knowledge disseminators. The concept “educate for consumption” is being fully developed. All of the big brands rely on sexologists, sexual educators, products coaches, handbooks, and explanatory e-books, not to mention sexuality Youtubers who give hints on how to use the products. Courses, lectures, and workshops are taking place on a regular basis. The idea is to generate a big amount of knowledge that, within a short period of time, will strengthen and expand the market. Today, only 17% of the Brazilian population use some sort of erotic product.

Brazil has had some turbulent economic and political times. How did these developments affect the adult market?
We saw an increase of almost 20% in 2013. Since the end of 2014, the market has been declining because of the difficult situation. Unfortunately, the current crisis has affected the growth we were experiencing. However, we are still one of the few market economies with positive indexes (3%), which is due to the sales channels’ efforts and the search for new customers, selling products outside of sex shops, at events, shows, bazaars, and common events, for instance.

The interest of the best Brazilian manufacturers in exporting sensual cosmetics has also proven an effective a way of facing the current crisis.

Do you spot any new trends in the Brazilian market at the moment? Which products are in high demand right now?
Accessories and technology have never been the strong point of the Brazilian industry. On the other hand, the cosmetics industry is probably among the most successful in the world, and has been a big reason for the Brazilian market growing and prospering. To give you an idea of the potential of these products in the country: There are more than 40 flavours of oral sex gel, including traditional sweets like the famous brigadeiro (chocolate based), typical fruits such as açaí, guarana, and litchi, drinks like caipirinha, Amarulla or red wine, and even Bahia pepper. The concept of “adult candies” is immensely popular, as well as sexual health topics and social responsibility inside of the erotic and sensual industry.

Not only is Brazil a market with over 100 million consumers, it is also a country where a lot of adult products are being manufactured. Could you tell us a bit more about the situation of the manufacturers in your home country?
Brazilian businesspeople relentlessly seek to expand their customer base, and even in times of political and economic crisis, their products releases do not stop. They invest in fairs in São Paulo (Erotika Fair – June, 2017) and Rio de Janeiro (Sexy Fair – April, 2017) where the season’s new products are presented and sales trainings and commercial lectures are conducted.

As far as products are concerned, highlights include the Gospel segment, super heroes, and Olympic tributes, a premium line with caviar, a segment for people with special necessities, projects dedicated to building self-esteem, supporting feminine empowerment, and fighting prejudice, regulatory issues, not to mention projects to prevent STDs and HIV/AIDS. These are some of the subjects always on our agenda.
In some categories, there is great competition, which makes it important for the manufacturers to be present at events, in the press, and in the daily lives of shopkeepers and consumers.

Is there something manufacturers in other countries could learn from their Brazilian counterparts?
I believe one suggestion would be to document the history, consumption, and collect statistical data; get organised in an association and seek to break taboos and prejudices related to the industry. We also consider the erotic product as an important tool to improving people’s sexual health and, therefore, seminars, congresses, and training courses for retail sales staff must be based on education on the use or consumption of the products, on their quality and on the sexual wellness effects for the consumers. Providing training and information materials (about the correct and responsible use of the products) is the responsibility of the manufacturers.

How hard is it for Brazilian companies to export such products to the EU? Are the regulations in both regions similar?
Brazilian companies have much more difficulties because Europe still does not know the full potential of our products and not because of bureaucratic issues. Brazil has some of the most rigid legislations in the world when it comes to cosmetics and foods (ANVISA – regulatory agency similar to FDA and CE).

It is not easy to receive ANVISA’s approval, there are deadlines and the costs are high, especially for cosmetic products and intimate lubricants. It is more difficult to get the necessary documents for exportation from the Brazilian regulatory agency than to get the release in the importing country.

What would you say are the biggest problems the Brazilian adult market is facing right now?
Well, the crisis affected the whole country and this is reflected in the sales. The Chinese invasion is also a big concern for the manufacturers and importers of renowned brands, but that is a global concern that affects other markets as well.

In Brazil, we respect the 70 years of history since our pioneer Beate Uhse started it all, but we go further, we want to make history by making sex shops public utility stores, because of their relevance in the fight and prevention of STDs, but also because they cater to needs and necessities related to the sexual health of the consumers.