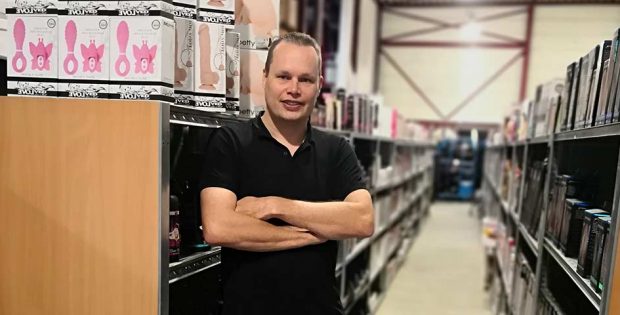 Launching your own company always involves risks. And if you are entering a market that is nearing saturation, with a corresponding level of competition, the risks only become greater. But Jeroen Rosier could not be deterred: One year ago, he started his distribution company Erodeals. Now, as the first anniversary looms, EAN decided to ask Jeroen about the ups and downs of year one for Erodeals

Erodeals has been active in the market for one year now. If you look back, was the step into self-employment the right one for you?
Jeroen Rosier: Absolutely. I always had a need for freedom in my work. If you are employed, you can only do so much. Now, I have total freedom. Don’t get me wrong, it’s a lot more work, and in terms of hours spent, I lost a lot of free time compared to when I was an employee, but it is still so worth it!

How do you rate this first year? Are you completely satisfied? Have your expectations been met?
This first year has been amazing. Remember, I started Erodeals with absolutely nothing, and now I have a growing company that is capable of supporting itself. I couldn’t wish for anything more.

When you started Erodeals a year ago, you entered a nigh-saturated market, and still, you managed to make a name for yourself. What is the secret of your success?
Instead of hiding in an office, I like to be on the road and visit my customers every day. Seeing them face-to-face gives you a personal connection and makes the work so much more fun. What retailers also really appreciate is that we don’t sell B2C; Erodeals respects the business of their customers.

Twelve months is a long time – what happened during the first year of Erodeals?
A lot of moving, hahaha… We moved three times last year, each time to a bigger storage location. But there was a valid reason: We went from 150 SKUs to well over 1000 as of today.

How would you describe a typical day at your company?
Every day is different, and that’s what I like about this job, but 9 out of the 10 times, I am on the road visiting customers. I just love the personal interaction.

If a film was to be made based on the company history of Erodeals, which actor should play you?
Jim Carrey maybe? A requirement for that actor would be to have a great sense of humour and a lot of positive energy.

What are your own strengths? What makes Erodeals stand out from the crowd?
I’d like to think it has something to do with my good looks, but in reality, I think it has more to do with the way I approach customers and the service I provide. The great benefit of running a small company is that we are very flexible, and anything is possible, really. Plus, as I mentioned before, we do not sell B2C, and we don’t offer any preferential discounts or ‘hidden’ net prices. The price you get is the best price we can offer. We don’t discriminate or weigh with different weighing scales, every customer is treated the same and gets the same offers.

How will you celebrate the anniversary and how will you let your customers share in the festivities?
I am very grateful for all the support I got from everyone who helped us. That’s why it’s time to give some love back. From 29th July to the 4th of August, we will grant a 10% discount on EVERYTHING – Satisfyer, Durex, Eros, IVY, RelaXxx, etc, etc. Everything means everything! No exceptions!

What are your plans and your wishes for the future of the company?
Plans: to keep expanding on all fronts. As for future wishes? I don’t know what to tell you, I am really satisfied with the way things are now, I couldn’t ask for more!