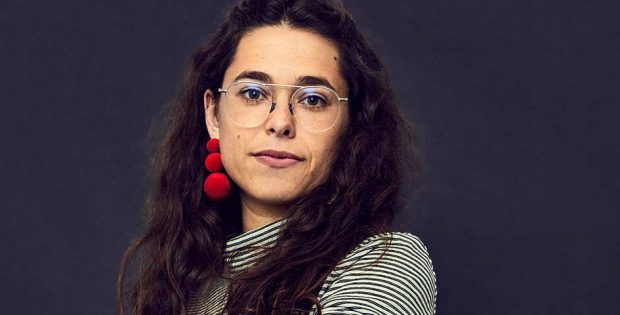 Presenting sex toys and sexuality-based products in public is still a tricky thing, as Dame Products found when they tried to advertise their products on the New York subway. The Metropolitan Transport Authority (MTA) did greenlight their ads at first, only to backpedal at the last moment. Moreover, the MTA even changed their advertising guidelines, making it virtually impossible to advertise sex toys from now on. Alex Fine, the founder of Dame products, didn’t want to take this lying down, so she initiated legal action against this decision. EAN spoke with Alex about this dispute and found that it is about much more than just the ads of an erotic company.

Dame Products recently sued the Metropolitan Transportation Authority (MTA), which runs the New York Subway. The reason for this was that the MTA rejected an advertisement campaign. Could you tell us about the events that led up to your decision to sue them?
Alex Fine: When we first set out to advertise with the MTA, we went back and forth with their team for months ensuring we could meet their guidelines. Initially, we were given the green light to advertise with them. We ordered additional inventory and spent money on the creative. Then, there was radio silence and months later our ads were denied.

In November, Outfront, the MTA’s media company wrote back to us saying that, “I wish I had some better news. It looks like we will be unable to run this ad content. The MTA will be releasing a new Q and A regarding advertising guidelines. I will send it over as soon as I receive it.”

Then, Memorandum from Defendant Janno Lieber, the MTA’s Chief Development Officer sent a letter that stated:

“After a careful review, the MTA determined that the proposed ads promote a sexually oriented business, which has long been prohibited by the MTA’s advertising standards.
Under these advertising standards, which have been established by the MTA Board, the MTA and its advertising contractors do not accept for display on MTA properties any advertisement that does not comply with any of our specific standards; these standards are applied evenly to all genders and are posted online on the MTA’s website . . .
In our view, as reflected in a recently issued addition to the MTA’s Frequently Asked Questions relating to advertising, advertisements promoting sex toys or devices, such as the ads Dame Products has proposed for display, are promoting a sexually oriented business. No ads for sex toys or devices have previously been displayed on MTA properties.”

This FAQ had been updated since our time working together.

What exactly are you accusing the MTA of? One could argue that it is within the MTA’s rights to decide what they show in their trains …
Our complaint details how (1) the MTA regulations governing advertisements are applied in a way that systematically disadvantages women and privileges male interests, and (2) the MTA violated our First Amendment rights when it banned their advertisements.

Clear policies are crucial to ensure that no companies that serve women and people with vulvas are censored in any arena. The MTA’s refusal to show our ads is backed by vague and sexist reasoning and bars many businesses like ours from growing their companies.

“This lawsuit is important because it is necessary for us to change society misconception of vibrators and sexual pleasure as harmful when in truth, not reminding individuals that sex SHOULD be pleasurable – is harmful.”

We’re also unable to advertise on social media platforms like Facebook and Instagram. We have been denied from office spaces, banks, and fundraising platforms (which we later overcame and became the first sex toy company to crowdfund on Kickstarter).

Apart from suing the MTA, you also went public with your #derailsexism campaign. How is the response you’ve gotten so far?
Our #derailsexism hashtag has reached over 1.38M users on Twitter and counting. We’re overwhelmed by the support we’ve received from our community. We’ve also had a few folks reach out to us letting us know that, while the MTA won’t let us advertise, they’re more than happy to allow us to.

Let’s talk a little bit more about the underlying problem of this conflict. You said that the MTA doesn’t have a problem with male sexuality, but with female pleasure and sexual wellbeing. Do you have any idea as to why they act this way?
We think there’s a double standard at play. The MTA is one of many institutions that prioritises men’s sexuality but dismisses women’s sexuality. Erectile dysfunction companies can advertise with the MTA (and Facebook and Instagram, which are other platforms on which we can’t advertise). The MTA is prioritising ad space for tools that make sex better for men/people with penises – but ignoring all of the many benefits of tools for women/people with vulvas (they’re a tool for low libido, abuse survivors, and cancer patients, to name just a few!)

They’re also discounting the importance of advocating for enjoyable, pleasurable sex – which is something that, unless we learn to discuss openly, will never be common knowledge. We need to see representations of women’s sexuality and pleasure in a healthy way. Vibrators have many benefits for women/people with vulvas (they’re tools for low libido, abuse survivors, and cancer patients, to name just a few!) We feel strongly that we need to learn how to have healthy conversations about sex or we risk unhealthy practices, and we believe that this is a significant step in that process.

Do you think this kind of sexism is a specifically American problem or even something that is particularly prevalent in New York?
New York is a progressive, open-minded city, but that does not mean it’s immune from the sexist ideals that are so deeply imbedded in our society. While the point of conflict might differ between cultures, I think the demonisation of women’s sexuality can unfortunately be found in most of the world today. I also think that businesses like Dame’s truly have the power to change that narrative – our community is passionate about fighting these standards and is ready for change.

Finally, let’s take a look at the road – or the tracks – ahead: Do you think we’ll see more advertising for sex toys in public spaces? Or is there still a long way to go?
We hope this lawsuit is the first step to open doors for businesses like Dame’s to advertise with the MTA and beyond. When I started this company, I never thought I would be filing lawsuits. But I hope this legal route opens up conversations about the larger societal tropes at play here – lack of education about women’s sexual health and pleasure, and prioritisation of men-focused products and businesses. Those are the conversations that can create long-lasting change for sexuality businesses and give us an even playing field to be successful.