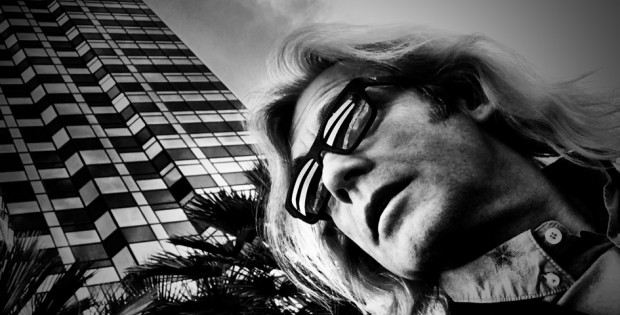 The eroFame Global Trade Convention invites the trade and industry to take part in a big survey to determine the future direction of the show. In our EAN interview, Wieland Hofmeister, the CEO of Mediatainment Publishing eroFame GmbH, explains the reasons for this survey, emphasising how important it is that producers, wholesalers, and retailers share their opinion. After all, the results of this survey will determine whether eroFame stays in Hanover or whether it will move to a different location.

I am sure you are already busy making preparations for eroFame 2016 – will we see any changes to the eroFame concept come October?
Wieland Hofmeister: On the whole, we will stick with the tried and true formula. eroFame 2015 was a big success on all levels: Not only did we have more visitors than ever before, but we also set a new record in terms of exhibiting companies.

The success of a trade show hinges on the number of visitors, and some exhibitors feel that this number is stagnating or even declining – which contradicts your statement about the visitor numbers from last year?
Of course, I have also heard these things – but I am very surprised that some people are getting this impression. One of the tenets of eroFame, that was established back when we started the show, is to always be honest and truthful with the members of the industry, in this case the exhibitors, who are basically our customers. So when we announce the visitor numbers, you can rest assured that they are accurate. 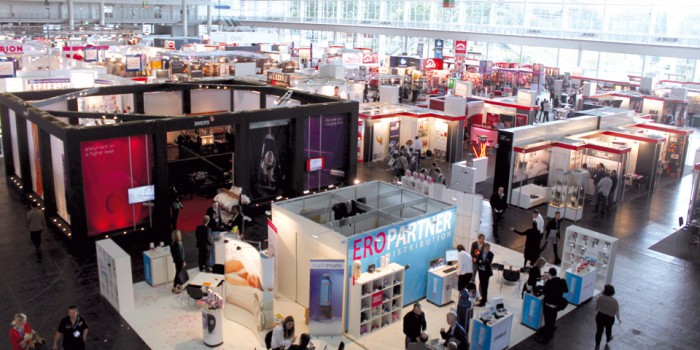 Still, some exhibitors feel that they don’t get enough visitors at their stands. Do you have an explanation for that?
Last year, we had a very big exhibition floor in Hall 27 of the fairgrounds – roughly 13,000 square metres. When the visitors are spread over so large a space, then, yes, I guess some exhibitors might get the impression that there aren’t all that many people. But, as I mentioned before, in our industry, you won’t find another trade show in Europe – or in many other places, for that matter – that draws as many visitors as eroFame. I would also like to point out that there are many exhibitors who told us about how busy their schedule for the show was. The thing is that, before the event, the exhibitors need to create awareness and invite their customers to come to the show, and some people seem to be taking that part more seriously than others. Of course, there are only so many trade members who can attend a trade show in our industry, so the notion of overflowing fair halls seems a bit out of place. Personally, I feel that the brick and mortar trade will see some shrinkage in the future – and I am not alone in this assessment. It seems as if the increasing popularity of online shopping makes such a development unavoidable.

How is eroFame going to respond to such changes? Will the concept of a trade show become obsolete before long?
Of course not! Personal contact within an industry can never be replaced; if you want to achieve results, nothing comes close to a personal discussion, and that hasn’t changed in our digital age. Currently, there are dozens upon dozens of business events, in-house fairs, and trade shows in the adult industry, and now, there are even rumours that ANME Show in the United States will take place four times per year in the future. Maybe it’s just too much. Maybe it would be better to drop some of these events. I mean, how are trade members going to visit all of the conventions in our industry? Maybe we are asking too much of them. Let’s be honest, in the future, a handful of trade shows per year and region will be enough. But of course, those shows have to be top notch, they need to address all the needs of the visitors and the exhibitors. eroFame wants to be one of those shows, even if there are fewer trade members to visit the event. 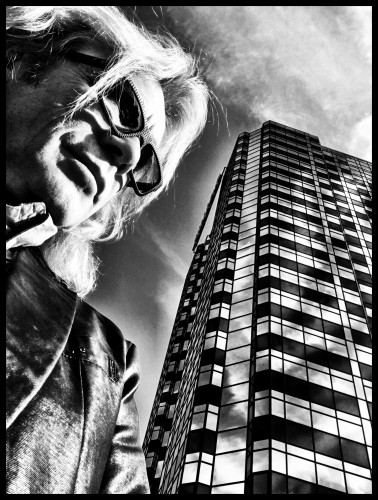 So there will be no changes to the eroFame concept?
Well, we’ll see. I am a staunch supporter of our current concept, and I feel that you should never change a winning team, but that doesn’t mean that we are on our high horse and don’t pay attention to what people say. We listen very closely when points of criticism are brought up! We have had talks with representatives from many big companies, both at ANME Show in January, and at a meeting with the newly-founded ‘European Association For Suppliers’, which is mostly made up of Dutch companies. We, the organisers and the members of the advisory board, know that the quality of the eroFame visitors is above average – the people who come to our show are industry experts. But of course, our dream is to welcome every interested trade member at eroFame. This trade convention has become a global event, so we have to cater to a global audience. And many of these trade members feel that Hanover is not the perfect location for eroFame, at least not as the sole location.

Does that mean that eroFame will take place in another city before long?
Before I answer that question, I’d like to point something out: The Hanover fairgrounds are the biggest of their kind anywhere on the planet. For years, Hanover has been host to a number of big and important trade shows, for instance the highly successful CeBIT convention – the biggest computer trade show in the world. Nobody, and I repeat, nobody could ever say that this is a bad location for an event such as ours, also because Hanover – in spite of its position as a trade show city – offers a very fair price-quality ratio, and that is something from which all visitors stand to benefit.

But still, some companies are not happy with Hanover as the location of eroFame?
At the aforementioned meetings, the suggestion was made that eroFame should take place at an alternative location once every three years. But maybe, if that’s what our visitors and exhibitors want, we’ll also consider taking eroFame to a different city altogether. At the moment, we are listening to what our partners in the industry have to say. We don’t want to make any hasty decisions; we will carefully consider all pros and cons, and we won’t be doing that alone, but with the exhibitors and visitors of eroFame – as many of them as we can reach.

Making everybody part of the process can’t be easy – who do you want to achieve that goal?
Together with the advocates of an alternative location, we have agreed to conduct a survey on a massive scale to get the opinions of the trade members and of the exhibiting companies. Questionnaires will be added to the leading European trade magazines in our industry, EAN and eLINE, and in addition to that, people can also state their opinion online, at www.erofame.eu. We are going to get in contact with our exhibitors via mail, and we will also have personal conversations to discuss this topic. 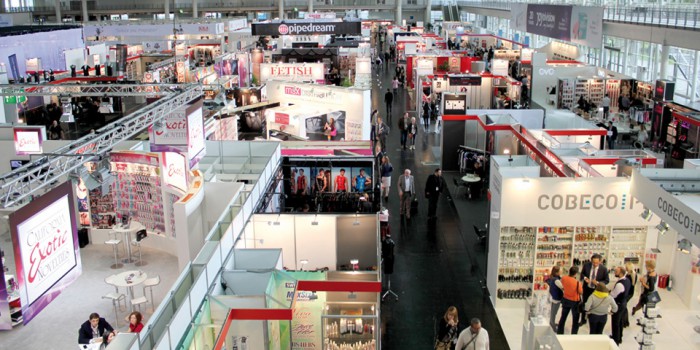 If there was enough support for the idea, which alternative locations would you consider?
The German adult market is generating the biggest turnover in Europe, and we ask our exhibitors to bear that in mind. Because, the thing is, if you want to keep eroFame in Germany, there are no better locations for the show than Hanover. For one, cities such as Frankfurt, Düsseldorf, or Munich would not take us due to what they call ethical concerns. And as organisers, we can’t imagine going back to Berlin since that city is traditionally associated with the Venus show, and we feel that a return to that atmosphere would be unacceptable. After all, most of our exhibitors want to distance themselves from the old hardcore image of the industry, which is exactly the image that the Venus trade fair stands for.

So the only alternative would be cities in other European countries. There should be several options that offer international flight connections and appealing tourist attractions to boot, or aren’t there?
The supporters of this change of location feel that eroFame would attract additional trade members from overseas were it to be held in another city. And if you want to cater to visitors from the United States, South America, or Australia, you need a location with a big international airport nearby – so, yes, that would be one of the main arguments for moving the show to another city.

Depending on the results of your survey, you said you’d consider having a test event in a new city. So do you really think that people might opt for a different location?
As I explained before, we will make our decision based on what our visitors and exhibitors feel is best, so we can’t categorically rule out the possibility that eroFame moves to another city. And to be on the safe side, the advisory board, we ourselves, and the representatives of the European’s supplier association feel that it would be best to test the water before we jump in. So if the survey shows that the majority of industry members support an additional or an alternative location, we will have a test event there before we actually turn our backs on Hanover, be it permanently or just once every three years. Of course, there would be another option, namely to have two eroFame shows a year, one in spring and one in fall. So there could be a show in a European city in April and a second on at the established location and date, Hanover in October. But we’ll see …

If eroFame were to move to another European country, is there a city you’d consider a favourite?
No matter which city we choose, it should be easy to reach for international visitors. Consequently, the fairgrounds should be close to the airport and the central station. We haven’t picked any favourites yet. That’s up to the members of the trade and industry, and therefore, I ask all of your readers to participate in the survey. 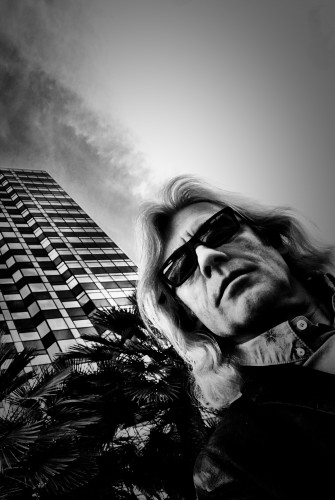 Suppose the industry votes for a new location, you have a test event in the spring of 2017, and the participants are happy with the new surroundings. Then what? How do you plan the next years of eroFame?
Right now, the only thing that is certain is that eroFame will take place in Hanover this October and next year as well. Maybe there will be a test event in the spring of 2017, somewhere in Europe. What happens after that, is still up in the air. So let’s wait and see how things turn out.

Is there anything you’d like to tell the trade about the upcoming eroFame show?
The current refugee situation in Germany affects everything, also eroFame. Given the scope of this human drama, there are certain things we have to accept because a trade show is not as important as the lives of suffering people. The management of the Hanover fairgrounds have provided several halls to accommodate refugees, meaning they won’t be open for trade show business. So for the time being, eroFame will take place in some of the smaller halls on the fairgrounds – this year, it’s Hall 2. There will only be limited space, so as far as reservations go, we will put regular exhibitors first, i.e. companies that have been to eroFame since the beginning, or at least for the previous two years. Other interested companies are advised to place their reservation as soon as possible. Maybe we’ll even have to start a waiting list if the event ends up being overbooked. However, we have already established an interesting discount system for our exhibitors. Other than that, I just want to say that I am really, really looking forward to the upcoming eroFame show in Hanover!