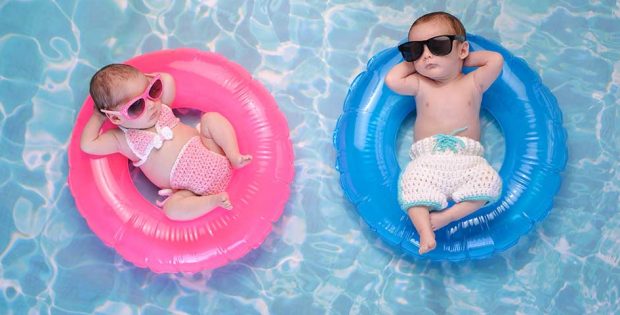 The catalyst for this month’s column was a blog post about gender labelling (including some interesting SEO-related points) written by Richard Almgren, creator of The Dodil (do read his article – after you’ve read this one of course!). Richard’s got his own take on the subject, and you’re now going to read mine.

In case you’re not familiar with it, gender neutral marketing refers to the abolition of traditional he / she gender distinctions and stereotypes in a company’s marketing communications. Some major mainstream brands and retailers have already dispensed with the ‘blue is for boys, pink is for girls’ trope, ditching gender-based product categories. FMCG giant Unilever has also discovered positive advertising effects with its Axe deodorant brand from adhering less to looser gender definitions. Conversely, there are still some brands that have put themselves in the crosshairs of gender-neutrality advocates. UK shoe brand Clarks was very publicly called out in 2017 for calling a boys shoe range ‘Leader’ and a girls range ‘Dolly Babe’.

We have a tendency to employ bright, bold and arousing colours, shades and tints that seek to reinforce a brand’s positioning and instil a sense of sexcitement into the proceedings. Lots of mysterious and luxurious black or angelic, virginal white, and of course bright red for in-your-face excitement and temptation. All standard colour psychology stuff. And in my opinion, these are not the exclusive preserve of one gender over another.

Hopefully we won’t see marketing managers being so afraid of employing bold colouring in their packaging for fear that they’ll be perceived as sexist or be guilty of stereotyping. Arguably I think there’s more likelihood of trouble arising from the content or tone of voice in the accompanying text. At the same time, marketers must also remember that in trying to appeal to (or placate) everyone, it very often ends up appealing to nobody. And that’s never a good idea.

The obvious answer to any lingering doubt is to investigate and act accordingly on the findings. Conduct qualitative and quantitative research to discover what your customer base thinks and feels about such issues. Remember, they’re the important ones deciding whether there’s food on your table at the end of the month.

On the flip side, it raises an interesting question: what if customers themselves prefer colours or imagery which more progressive voices may deem to be reinforcing gender stereotypes? As a marketer I’ll always espouse that brand owners conduct audits so they know how relevant they are to key audiences. Also, changing social trends should be picked up when conducting a PESTEL Analysis. So it’s always good to be aware of what’s going on in the wider world. That said, if there’s still a preference among customers themselves for metaphorical ‘blue for boys’ and ‘pink for girls’ labelling or appearance and such like, this needs to be respected. And you’ll have consumer research data to proactively highlight on your website and social media supporting your decision. Of course, the market itself will soon enough decide your fate.

It would be folly however to think that consumers alone are the sole arbiters: the regulatory environment is also changing. The UK’s Advertising Standards Authority announced in December 2017 it would be introducing a new rule in the UK Advertising Codes that would ban harmful gender stereotyping. This was based on a 2016 report that provided “…an evidence-based case for stronger regulation of ads that feature stereotypical gender roles or characteristics which can be harmful to people, including ads which mock people for not conforming to gender stereotypes.”

But while I’ve been waxing lyrical about some key points concerning gender neutrality, I’ve been doing so up to now on the underlying premise of there being merely two genders. Discussion on gender neutrality is arguably the tip of the iceberg: enter the gender identity debate. In 2014 Facebook extended its list of gender options from two to fifty eight. The following year it went a step further, allowing users to add their own custom definitions. Contrast this with the findings of a 2016 UK research study commissioned by women’s equality charity The Fawcett Society examining attitudes to gender. Over half – 56% – of the 8,000+ adults surveyed felt there were only two genders. Society is obviously split on the matter: is the erotic trade industry equally divided?

This has potential ramifications on product naming (consider lingerie brands with female named product lines, for instance), website design (how practical is it to replace ‘For Men’ and ‘For Women’ sections with dozens of gender identities?) and product imagery. In the latter instance, consider a lingerie or erotic clothing brand. Will there now be an expectation that several gender identities will be represented when it comes to product photo shoots? There’s obviously going to be a bigger bill regarding model fees. Sourcing may also be an issue depending on location. Furthermore, will companies be seen as discriminating if only one gender is featured in product imagery? Or is all this just being a tad surreal and cynical? Quite probably.

Let’s face it: seismic changes are not coming anytime soon. Gender identity progressives must accept that a lot of people still identify as one of two statistically dominant genders. I don’t think the majority of companies will be rushing to introduce non-traditional gender pronouns either. But the great thing about any properly functioning market is that if people feel their needs are not being met by existing manufacturers and sellers, there’s nothing preventing new companies entering the market to meet such needs, either from a product perspective or a corporate mission or values perspective. And from a pure marketing perspective, when it comes to marketing segmentation, a needs-based approach is often the most valuable, rather than employing standard demographic variables, such as, you guessed it – gender.

I’m not one for making too many predictions about the future. But discussion about gender neutral and gender identity marketing does highlight one thing at least: the established marketing process of segmentation, targeting and positioning will be absolutely critical for owners and brand managers in providing the products, services, and sense of identity and belonging sought by an increasingly diverse market.