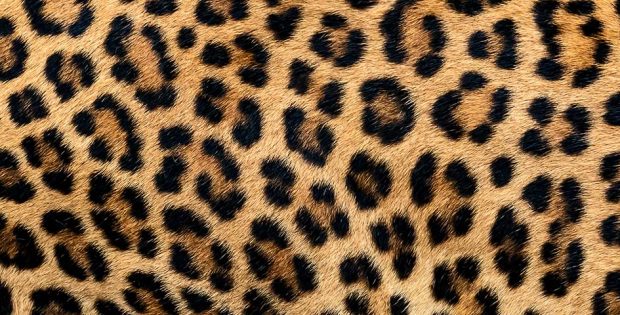 Every now and again the column writing gods look down kindly on Yours Truly, with not only noteworthy news but the potential to add some awful puns into the proceedings. In this case it was the recent announcement in a variety of UK media outlets that Mel B (aka Scary Spice from ‘90s band the Spice Girls) plans to launch a new range of “upmarket” sex toys, that offer a “cheeky, sassy alternative” to what’s currently available to UK consumers.

She continued: “Mel’s researched what’s available. She’s had talks about designs and a range — there will be a splash of leopard print. Her aim is to have an upmarket range. Gwyneth Paltrow does sex toys but Mel’s will be designed for the British market.”

The brazen marketer in me is already conjuring up a whole range of SKUs named after some of their biggest hits. There’s no reason Mel B can’t do what Lovehoney did with their Motely Crue and Motorhead ranges. I’m still surprised that so few provocative bands or singers have jumped on this particular bandwagon, but there you go.

It’s a pity Mel B hadn’t thought of this before the recent Spice Girls (minus ‘Posh’, Victoria Beckham) reunion tour. I’d have been very interested in seeing how well the products performed vis-à-vis merchandising revenues at each venue. It would have also made for a bemusing sight on the Metropolitan or Jubilee underground lines in London as euphoric fans waved their purchases around in the air while delivering rousing renditions of the songs they’d just heard as they made their way home from Wembley Stadium.

And therein lies the potential problem with all of this.

Crucial to the success of this potential venture are the answers to two questions, namely: 1) How do Mel B and consumers define ‘upmarket’? 2) How do consumers perceive Mel B herself?

Let’s break this down further. Firstly, ‘upmarket’ is a relative term, open to interpretation, and we’ve had no indication at this early stage about price points, product specifications or components so we’re at a distinct disadvantage. What’s upmarket to some is merely the middle ground to others.

Then there’s Mel B herself to consider.

That also means the product range and/or the subsequent brand name chosen is by default going to be intrinsically associated with everything good, bad and indifferent that’s gone on in the singer’s life. And in Mel B’s case, that’s a lot.

What needs to be established from the outset is to what extent Mel B – warts and all – embodies ‘upmarket’ values, as perceived by her target audiences? Her appearance, her style, her opinions, her accent, her behaviour: they’re all up for scrutiny by consumers to assess whether she fits their perception of ‘upmarket’.

And let’s be clear here: this equates to more than mere ability to pay. A C2DE – lower socio-economic grade according to the UK Office of National Statistics – consumer who suddenly wins millions on the lottery can go out and buy a Ferrari. But does their new found wealth automatically mean they’re now bona fide members of the upper-middle or upper-class? Of course not. Their bank balance may have changed dramatically but their attitudes and behaviours (key indicators of social class) won’t be changing overnight.

While C2DE’s may consider her range upmarket due to price point and packaging and other aspects of the promotional mix, AB1’s (upper socio-economic grade) will be asking themselves to what extent Mel B represents them? How easily would she fit into their ‘ladies who lunch’ clique? Would she – could she, even – be considered ‘one of us’? How easily would she fit into their lives, their world? How likely could they picture her in company at the Henley Regatta, or the opera at Glynebourne? A cinch or a struggle? The answer will reveal everything.

There are several reasons to support Mel B’s potential venture. I could easily see her being the figurehead of a great sex toy brand, and be a formidable voice for ‘girl power’ and sexual self-confidence and sexual health matters alike. Furthermore, she already has a global platform and the requisite amount of recognition from which to launch this from. But embracing an ‘upmarket’ brand positioning that aims to project status or prestige? Nope. To me this immediately translates to less of ‘upmarket’ and more of ‘uphill struggle’ for the reasons already given.

And just in case you mistakenly came to the conclusion that this would mean her range could only occupy low- or mid-price points, think again. While I think Mel B would struggle pushing luxury and sophistication, there is absolutely nothing to stop her pushing ‘performance’ as a key brand attribute that can in turn command a premium price.

Think about cars that carry a hefty price tag. Many of them are highly priced because of all the creature comforts inside. In contrast, there’s a fair few that are cramped, relatively uncomfortable, impractical, and have very little creature comforts, but go like the absolute clappers and whose engineering prowess is unrivalled. Different strokes for different folks.

In short, I can easily see Mel B having sexcess in the sex toy industry, provided that all the other elements of the marketing mix are correctly aligned. And a crucial part of this is the brand positioning. Cheeky, sassy, a touch of leopard, with the performance to match? Oh Mel, say you’ll be there for me.