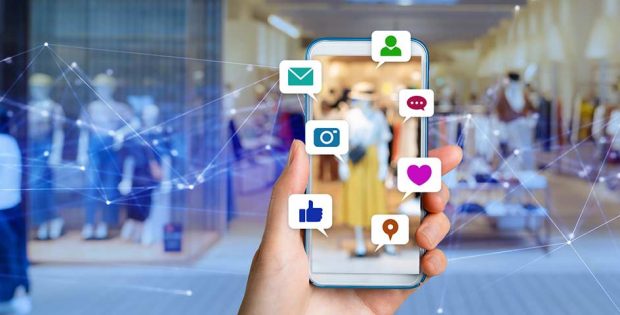 After last month’s column I was wondering whether my tough love had gone too far and that this month I should be writing about soft fluffy (Easter?) bunnies instead. However, from some of the correspondence I’ve received in the past few weeks, a bit of controversy – and dare I say, straight talkin’ – is rather appreciated. Who knew? So, stay sharp and on your toes!

I’d first heard about it from a Tech Crunch article in mid-April written by Josh Constine. For the past nine years the app (owned by Facebook) has had no issues with users – whether individuals or brands – uploading images of the fairer sex in the skimpiest of swimsuits, lingerie or whatever else while still falling short of blatantly explicit imagery. So far so good so risqué.

Not any more, it seems.

“Instagram now demotes vaguely ‘inappropriate’ content” came Constine’s headline. Oh joy. He highlighted Instagram’s recent press release that stated: “We have begun reducing the spread of posts that are inappropriate but do not go against Instagram’s Community Guidelines.” And as Constine further clarifies: “That means if a post is sexually suggestive, but doesn’t depict a sex act or nudity, it could still get demoted.”

In practical terms, this means that said imagery, should it fall foul of the Instagram authorities, would not be seen on either hashtag ‘Follow’ feeds or the ‘Explore’ feed. And given that hashtags are the lifeblood of any brand building or awareness programme on the app, this becomes a pretty big deal.

So, hands up who’s now feeling a bit twitchy?

As for my say in all this, personally I’m not a huge Instagram fan anyway. I wait for the day when I see a Star Wars meme featuring Messrs. Kenobi and Skywalker looking down on Mos Eisley spaceport: “Instagram: you will never find a more wretched hive of vanity and narcissism. We must be cautious.” (Apologies to George Lucas and the ‘Gram accordingly. And yes, it’s parody, so don’t bother getting the lawyers.)

But for an up-and-coming lingerie or fetishwear brand it’s a VERY different story. I really feel for your predicament, not to mention the creative limits presumably imposed. I mean, what’s the point of UNsuggestive fetishwear imagery? Yet despite nobody being naked or sexually graphic, never mind anything remotely illegal, your images will now be at the mercy of Instagram’s machine learning, algorithms and possibly human moderators. You have my utmost sympathy.

So how are we to react to this new policy? What’s the work-around? Well, there’s a mighty big problem to be addressed. Namely: nobody knows the parameters from which brands can safely work within. There’s absolutely no clarity, at least at the time of writing. It raises a number of salient points, however.

What about sex toys, for instance? On their own, they’re just objects. Granted, some of them may be rather phallic and even ultra-realistic in appearance. Others, however are more akin to objets d’art requiring more than a second glance to realise they’re actually pleasure products.

As I’ve already ranted about the scourge of product imagery with plain white backgrounds ‘polluting’ Instagram (especially from accounts that have little understanding of the ‘social’ in social media) it would arguably not be a bad thing if these images were declared verboten anyway. But as this is merely Yours truly being aesthetically snobbish and not terribly egalitarian, I’ll park this.

But at the same time it does raise a question: is a phallic dildo with a white background more likely to fall foul of the new policy than a candid image of a nearly naked woman in a tiny thong having fun at the beach? One image is of a product whose sole purpose is that of providing sexual gratification: the other is that of a woman exposing a substantial amount of herself. Or the latex-clad fetish model who’s covered from head to toe but may be giving off some seriously naughty vibes just by the wink in her eye, and how she’s posed. Who’s innocent and who’s guilty in all of this?

Who decides what’s suggestive? Is it based on the object, the percentage of exposed flesh, the way someone is posed, or even merely their facial expression? Or some heinous combination? It’s a relative term and completely open to interpretation. A nun has a very different idea of where the line is crossed compared to one of your customers, or the Instagram moderators.

And what really frustrates me – and no doubt countless others – is that until further (much needed) clarification is provided, no firm solutions can be subsequently offered.

At the end of the day, you’re in their house with their rules. And if the rules suck, too bad. Abide by them or clear off and close the door behind you. And remember: they also own the relationship between you and your fans and followers. They can all disappear in an instant if you get into enough ‘trouble’. Are you ready for this?

I’d take the piss out of the new policy. Royally.

Ridicule is a fine weapon and has been used for many equally fine purposes over the years. And this is one of those times.

I’d upload my usual imagery – whether it previously sailed close to Instagram’s wind or not – then have some fun with my photo editor. The images would be blurred or made opaque, with a huge #toosexyforInstagram banner slapped bang in the middle. Rinse and repeat, with raspberries blown for good measure.

Two-pronged attacks are better still. Running alongside would be images of the most boring, inane, household objects or environments found: an empty bookshelf; the contents of the fridge; a double-decker bus; an industrial estate; fill your proverbial boots with suitable material. These would be uploaded with the banner…wait for it… #safeforInstagram.

Obviously, accompanying captions would explain the situation and the rationale behind these images, and include the aforementioned hashtags (mustn’t forget these!). I’d also be driving as much traffic as possible to my website: yep, the place where my rules are in place and the imagery that matters to my audiences is there to see in all its finest.

There’s no reason why you can’t devote a section of your website to your best imagery and inviting your fans and followers to comment accordingly. Just ensure that the comments are moderated: if you have a WordPress-based website for instance, there are numerous plugins available for keeping on top of this.

And so what about the remaining Instagram account? I’d still keep it for as long as I could, but followers and browsers would always be kept in no doubt that the real content that matters is to be found in my domain (literally).

Oh, and I’d also ensure I got a serious amount of media exposure from all of this. At the very least, it would be wonderfully cathartic.

To some people, this situation may initially appear to be an exercise in how to play the cards you’ve been dealt with. That would be a bit naïve however, and probably a bit insulting to poker players. At least they know from the get go how good or bad their hand is and can decide whether to fold or play and see how things develop. We on the other hand, have nothing to go on; is our hand a pretty sketchy one to begin with or an absolute stinker?

Grab yourself a drink, cue up a certain Kenny Rogers track to listen to (you know the one I mean), and figure out how you’re going to survive and thrive – if at all – in the unforgiving Wild West of Instagram-land.