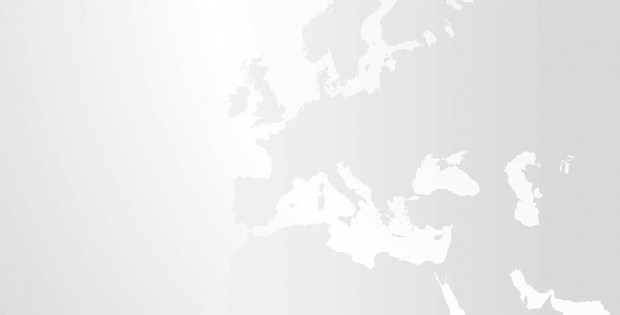 In the first of his new monthly marketing column appearing each month in EAN, Brian Gray from Glasgow-based consultancy Lascivious Marketing espouses the benefits of good dialogue in business, along with some sage advice.

In the 1990’s British Telecom ran a number of memorable television commercials with legendary actor Bob Hoskins (who featured in classic films such as The Long Good Friday, Mona Lisa, Who Framed Roger Rabbit) uttering the strapline, “It’s good to talk.”

One of the truest sentences ever to be uttered. Especially in business. And the adult retailing industry is certainly no exception.

When interviewed recently for a marketing magazine I was lamenting the fact that social media was being abused by some adult retailers who were just relentlessly spamming followers with product links, rather than talking with their audiences. Tweet after tweet after tweet. There was no engagement, no chit-chat. Just one-way promotion. Not ‘social’ in the slightest, unless my definition varies considerably from everyone else’s!

At the end of the day, people do business with other people, arguably more so in B2B environments. And that requires – surprise, surprise – talking and dialogue. Forging a relationship together. It’s interesting to note what other businessmen and writers have opined on this subject. The legendary sports agent Mark McCormack was famously quoted as saying: “All things being equal, people will do business with a friend; all things being unequal, people will still do business with a friend.” Being friends with sales prospects would seem to pay dividends. That requires some talking along the way.

At the very least, it’s good to be liked. In Jeb Blount’s book “People Buy You” he dispels the myth that people automatically buy from people they like. That said, he maintains that people will certainly not do business with people they don’t like. As life is indeed a series of popularity contests, being liked is a pretty valuable quality to possess.

What’s the message from all of this? Get talking! If you’re a B2B Account Manager, phone your most important customers: see how they’re doing without trying to flog something (although it’s an added bonus if they steer the conversation around to that). Or meet them at a networking event or a coffee shop in town.

While the best method of getting genuine customer data – sans blushes – would be from an online or postal survey, there is a real danger that retailers ask for feedback via social media. While it does convey openness and a caring attitude (essential company attributes), gathering feedback on social media is not – and never should be – used to influence marketing decision-making on its own or be seen as a cheap alternative to quantitative data.

Why? For starters it’s not representative of your customer base. There’s no proof these posters have even bought anything from you. They’re just people who may randomly respond to social media posts for attention or self-validation. Also consider this: how many of your bread-and-butter customers are actually going to talk about sex toys or similar in open social media?

Similarly, don’t just rely on your web stats either. They don’t reveal anything about whether the website is the first choice or simply the least bad out of a mediocre selection. Web stats don’t accurately indicate how frequently customers visit rival websites, let alone identify which ones. Nor do they reveal how much money customers spend elsewhere on comparable products. They offer no clues as to the company’s performance next to its rivals, nor how well it is perceived by web visitors or customers. And of course, there is absolutely no information gleaned on how satisfied customers are and whether they will return, and/or recommend the website to others.

One final point about quick (and rather nasty) ways of getting feedback. Don’t just hurriedly create an online survey and then invite everyone and their dog to complete it. It’s a similar problem to the social media posts: there’s no verification whatsoever of respondents. Such voodoo polling does nobody any good, unless the objective is just to try and gain some ropey PR coverage. I recently came across one such survey created by a US sex toy retailer. The questions were badly written, the response options even more so, and the survey weblink was tweeted out for all and sundry to respond to. God help anyone making marketing decisions based on such spurious means.

This isn’t meant to put a dampener on your attempts to gather customer research data. Far from it! I’m the biggest advocate of well-designed, well-managed customer research. It’s merely a healthy reminder to not cut corners: put some thought and effort behind it. Your company’s balance sheet deserves it.

Talking of er….talking, you’ll be aware I’m involved with the adult retailing industry research with EAN announced in the last month or so. This gives industry professionals like yourself the opportunity to voice your opinions on key issues. The first stage is to join the research panel – look elsewhere on the page for the details! Members from across Europe and further afield have already joined. But we want more! Many more people like you! We want the research findings to be as robust as possible. And while the findings can’t be statistically representative (because we don’t know the exact number of adult retailers active at any one given time), a healthy response rate can at least be viewed objectively and carry some weight. We’re really looking forward to launching the survey when we feel there’s sufficient numbers to make it worthwhile.

In the meantime, this presents an exciting opportunity to conduct pre-survey qualitative research among the early sign-ups to the panel. If you’re one of them, then watch out for an email inviting you to take part in an online focus group. Those invited will have the opportunity to discuss – anonymously – key adult retailing issues, in a completely unrestricted fashion.

Participants can really let loose – there’s nobody to cast any disparaging looks across a room at a fellow group member because they’ve said something that somebody else might take issue at. In fact, participants won’t even know the identities of one another (unless they reveal it voluntarily). Depending on what’s been said, there may even be some changes made to the online survey: that’s the beauty of listening to what industry professionals have to say.