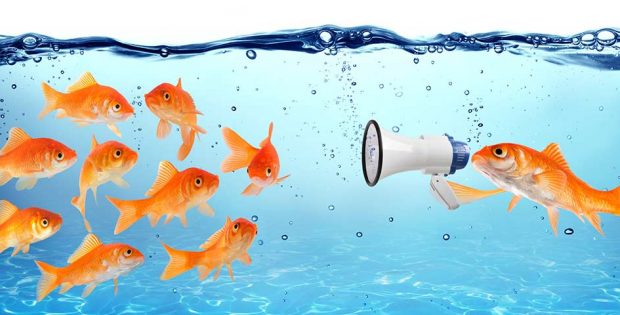 When – if at all – is it worthwhile to get political while selling your wares? Perhaps never? Or is that just wishful thinking on my part?

In an industry geared towards generating smiles, tingles, and other giddy sensations among one’s customers, why are some manufacturers and retailers spoiling the party by spouting their own (or just retweeting somebody else’s) political views or prejudices online? Aren’t we already drowning in a sea of social media virtue-signalling, ignorance and self-validation?

With the exception of anyone who has lived in a cave for the past few years nobody can have failed to notice just how emotionally charged recent national elections, referendums, and major political and social trends have been. Social media has arguably brought out the worst in many people.

I first saw this unfold during the Scottish independence referendum in 2014. And as for 2016…ah yes, 2016, the year of BREXIT vs Remain, and across the pond, the not so small matter of Trump vs Clinton. For the UK and USA at least, it’s no exaggeration in saying the populations of each have been deeply split. Several other European countries appear headed in a similar direction.

I’ve never seen such animosity and intolerance among people whose only ‘crime’ is having different political views. I’m of an age where I remember General Elections in which there was no social media. Hell, the internet didn’t even exist for most people. And while political campaigning was no less passionate, after elections were over, everyone accepted it and got on with their lives. End of.

Following Donald Trump’s 2016 victory, the President/CEO of a US cyber security firm announced on social media that he was going to assassinate Trump. He effectively challenged the Secret Service and also revealed he was getting a sniper rifle and, to paraphrase, ‘perching himself where it counted.’ While these remarks were originally made in private messages, before too long they had become public . Unsurprisingly, he had to leave the company. Whether he was intoxicated at the time or not doesn’t matter. He chose to write those messages. Nobody pointed a sniper rifle at his head forcing him to type then send those words.

Another American CEO reportedly told employees that anyone siding with Trump had no place in the company. Guess what? The company’s share price dropped noticeably and a hasty (if rather pathetic) retreat was beaten, but it didn’t fool anyone.

These incidents merely scratched the surface of stupidity. Both were abject lessons in causality. It’s one thing to have political views, it’s another bringing them to work. How wise is it to get political? Just how clever is it to tweet or post content highlighting your political colours? How happy are shareholders going to be with not only the actions but more importantly, the consequences?

Marketers always think of the customer. And whether an employee or boss, you’re by default a marketer too. Think for a minute of one of your customers or prospects following you on social media. Unless they have pro-actively blocked all news and current affairs websites or broadcasts, they will already be bombarded – yes, bombarded – with relentless political diatribes, fake news, narrative-framing, uninformed opinion, the whole shebang. Society is drowning in it.

For many consumers, our industry and the goods and services produced offer an escape from this. So why ruin things? It’s not just about someone disagreeing with your politics, your business may well suffer. For a consumer who’s had an absolute truckload of people trash-talking their beliefs online, or perhaps verbally challenged in person, are you willing to gamble their potential customer lifetime value based on one contrary tweet or retweet that could burn bridges forever?

Think about it. Given how close the BREXIT referendum and the US election were, you’re potentially alienating half your audience. The same goes for other countries where there are deep social or political divisions. At best, you’ll be muted or unfollowed. At worst you’ll be boycotted with word spreading – via social media of course – among friends and social groups and the public at large. All because you fancied virtue-signalling or allowing your own personal attitudes and allegiances to come to the fore. Are you making so much money that you can afford to wave goodbye to potentially half your customer base?

Of course, life can be full of contradictions and in time-honoured fashion, I’m going to upset the applecart yet again. But as you’ve come to expect it of me, I’ve got a reputation to uphold!

Forget what I’ve just said. Get political on your timelines. Shout about it from the rooftops.

You must have the cojones to be absolutely explicit about your political position and highlight this in your social media profiles and imagery, your mission and values statement – with no exceptions. You must tell prospects and customers from the very outset your stance on key political and social issues so they can decide there and then whether to follow your company and potentially buy from you… or conversely run away screaming to find another company who either they politically align with, or even just doesn’t mention politics at all.

In short, if your politics are that important to you that you want to include them in your corporate communications, you’re mature enough to cope with potentially alienating half of your audience and accepting a subsequent revenue drop.

As an individual you might be fed up and angry with your country’s politics. And that’s your absolute right. It’s your right to care, to have opinions and be passionate about what you believe in. And you’ll invariably love social media to help find and engage with like-minded people. But that’s for your personal social media accounts only. Unless you’re overtly going to trade based on those attitudes and let the market/electorate decide, that is.

At the end of the day, common sense should prevail. Sure, our societies are more diverse than ever. But do remember that if you proclaim to embrace diversity this also includes diversity of opinion, political or otherwise.

There’s already too much hate. Isn’t this the industry that’s selling love, romance and naughtiness? I certainly know which one appeals more to me. And I’m pretty sure I’m not alone.