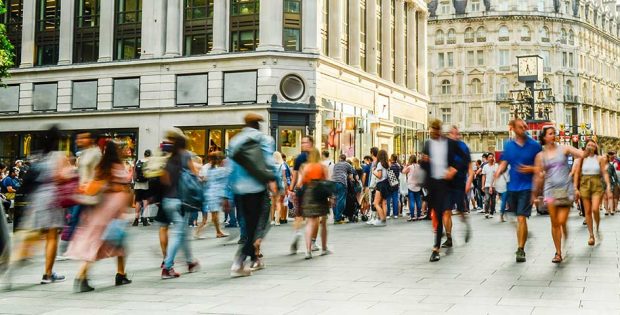 If at first you don’t sexceed, try, try again? That seems to be the mantra at UK high street retailing institution Boots. Back in 2004 the chain – which dates back to 1849 – introduced sex toys. And now, the company has announced plans to sell a wider range of sex toys, ranging from SKUs costing a few Pounds, to several mid-range Lovehoney products, up to a £64 So Divine vibrating rabbit toy.

This latest initiative comes off the back of a commissioned study highlighting that 80% of people didn’t feel confident enough to talk about sex. Boots are presumably keen to grab a larger share of the sex toy market over the next few years. And they’re not alone: supermarket giant Sainsbury’s has stocked a small number of Rocks Off products. Budget retailer Poundland also gained column inches when they launched a range of cheap pleasure products.

Let’s backtrack a little. Not long after Boots first started selling pleasure products in 2004 they reportedly withdrew them after fears about the potential damage to the brand. Several years later in 2012 they were on the receiving end of a barrage of criticism from outraged shoppers irate from seeing pleasure products in full view to anyone (including children) walking past them. And just days before the Boots announcement last month, Sainsbury’s shoppers were unhappy with seeing sex toys appearing on shelves along with other non-sex products. In one photograph shown, they appeared next to cod liver oil capsules.

Both Boots and Sainsbury’s are clearly annoying some of their own customers in doing so. Just how savvy is this? Boots may well have identified key statistics and the attractiveness of the pleasure products market, but how well is it positioned to meet these needs without damaging its core offering to its existing customers? These major companies have marketing and customer insight departments. They can afford to undertake research to gauge opinion before making a decision. That doesn’t however equate to infallibility. Ask Gillette what a recent $8 billion hit feels like after pissing off their core customer base.

So, from your vantage point, you can at least enjoy watching these retailers run the PR gauntlet. We’ve not even considered a like-for-like comparison in key areas.

The biggest elephant in the room is the retailing environment itself, and store visit rationale. To the vast majority of people, Boots is the place to go to when needing medicine, printing digital pictures (no, not *those* ones), getting eyes tested, collecting medical prescriptions, and finding a new pair of sunglasses and a tube of Factor 30 the day before the summer holiday to Tenerife.

Pop into Boots and who will you possibly bump into? There’s old Uncle Bert looking for some haemorrhoid cream; little Timmy and his Mum buying some cough medicine; Grandma’s popped in for her winter flu jab. And who’s that? Damn, it’s Mr Smith from two doors down the street! Quick: put down the sex toys and run away!

I feel sorry for the poor marketing staffers at Boots HQ tasked with promoting this category. The inherent problem is that the power of association can be very strong indeed. Welcome to Boots: the place to come for your adult pleasure products. And your cold sore ointment. And incontinence pads. Oh, blood pressure monitors too. Feeling hot and tingly yet?

The stores are brightly lit and sterile. Coco de Mer it most certainly isn’t. Furthermore, I’d wager there won’t be any spectacular POS material designed to draw customers in, otherwise there’s a good chance they’ll again risk angering the people who have always associated Boots with healthcare rather than in-store blushes.

While some medical roleplay could involve a trip to Boots to buy some crepe bandages (or calamine lotion for some extra realism), actually being ill ain’t sexy. And the people coming into a branch of Boots full of the cold or flu or whatever else aren’t the people I’d want to be rubbing shoulders with – let alone anything else – if considering buying a sex toy.

As if I’ve been unable to spell it out any clearer, Boots and other household retailers are NOT the places instilling feelings or naughtiness and a desire for sexual pleasure. This is quite literally where you come in. It’s your entire raison d’être.

So if you’re faced with a nearby local healthcare store or supermarket potentially trying to help themselves to some of your business, remember this: they’ve got an uphill struggle ahead, for all the reasons I’ve highlighted.

In direct contrast, you can continue to be what the likes of Boots can never hope to become for adult consumers: an inviting, atmospheric, welcoming, indulgent, arousing, retailing sexperience, where your highly knowledgeable and empathetic staff can provide real value, and through actively listening, identify potential cross or upsell opportunities based on the customer’s real needs. Needs that you’ll have discovered from engaging with them in a comfortable environment in which they can talk freely without fear that their neighbours or relatives are likely to appear from nowhere.

If Boots are helping increase overall category awareness and driving subsequent sales, fair play to them. But at the same time, you should be looking for any piggybacking PR opportunities to exploit (legally of course). Savvy and quick reacting marketing staff can capitalise on this.

Highlight the huge differences between your superior store aesthetics, welcoming and comfortable customer environment and those of your healthcare or household retailing rivals. Shout about them in your social media posts, website, conversations with locals, and so on. Have fun with it too. The contrast is verging on outrageous so don’t hold back. Use some of the themes I’ve highlighted if you like to hammer your points home. Provided that you’re running a good ship, you don’t have to worry about your own brand position: you’ll be having too much fun repositioning your rivals instead.