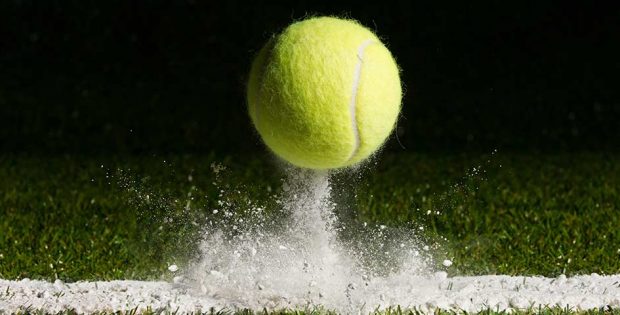 It’s been a rather busy time for me these past few weeks.
Watching televised sport, that is. Especially if it involves fluffy yellow balls in south west London.

And on the day of the Wimbledon Men’s Final, there was also the England cricket team winning the ICC World Cup in the most dramatic fashion possible. And let’s not forget Lewis Hamilton winning the British Grand Prix for the sixth time in his career. It was one hell of a sporting weekend, to be honest.

And to try and justify this sporting overdose it got me thinking. What parallels could be drawn between the on-court action and the humbler world of marketing? And its relevance to you folks of course.

Probably the first parallel to be drawn is that none of the winners achieved this on their own. Sure, nobody else was on the court with Wimbledon singles winners Simona Halep and Novak Djokovic but each had small armies of very talented individuals all committed to the overall mission.

In doing so, there’s the obvious realisation that you’re serious about your endeavours. Afterall, what’s the point in putting this much time, money, and effort into everything if your eye isn’t on the prize? And here’s the second parallel: the importance of having a winner’s mindset.

I’ve touched upon this in previous columns and won’t repeat my words here. Instead, I’ll simply highlight what transpired in the Ladies Singles Final: the absolute destruction of Serena Williams by Simona Halep. I probably wasn’t alone when reckoning that assuming Williams didn’t get injured, her mental strength and proven prowess on a tennis court would serve (pun intended) her well and she’d come out on top. Halep had also commented after the match on how Serena usually intimidated her. I thought the mental battle would be Halep’s Achilles Heel.

But she also commented on the very helpful advice given to her by the one and only Roger Federer. Asked about what advice he’d give Halep before the match, he opined that Halep had to mentally be on-point; that she had earned her place in the final; that she was playing well, and she belonged on this stage. In short, having a winner’s mentality.

Ms Halep obviously listened. What followed on Centre Court was nothing short of clinical obliteration of her opponent. Halep not only earned the right to be on that Centre Court for the final; she now belongs on it.

I’ve written previously about the importance of being serious (I’m trying to resist adding a famous John McEnroe quote) in your erotic retailing business, and possessing a mission and a vision. Again, thanks to Halep’s touching on-court interview we see that not only had a firm mission, but clung onto a vision that had been forged many years earlier. Her mother had told her that if she wanted to achieve something special in tennis, she had to play in a Wimbledon final. Cue one very overjoyed and tearful Mum watching from the player’s box. And a job very well done.

The next observation from both the tennis court and the marketing textbook is a straightforward one: play to your strengths. Watching Nadal and Federer’s semi-final match and the Federer – Djokovic final, it was great to see Nadal and Federer regularly crossing in front of the approaching ball in order to use their forehands for increased accuracy when playing point-winning, tight-angled cross-court shots. Anyone who’s watched a bit of tennis knows Roger Federer has one of the best – and dare I say, most elegantly powerful – backhands in the game. And where one of those backhands may well have sufficed in dispatching the ball to claim another point, he very often chose a lethal forehand to erase any doubt. Credit also is to be paid to the (eventual) victor, Djokovic, for utilising one of his strengths – his amazing returning abilities – and his two-handed backhand throughout the tournament.

But as important as knowing your own strengths is, you must also identify your weaknesses. And this doesn’t just concern you, but also your competitors. Today’s tennis players have video analysis and a whole host of other data for just this. You can do the same with your own marketing intelligence to rely on. Mystery shopping programmes, gap analyses, customer satisfaction surveys, plus perhaps using the MINT database (try finding it at a local business library or information service) to get an idea on their financial situation: the potential is there to gather a decent, well rounded appreciation of who you’re up against. And consequently, how to beat them.

Just as in business, tennis players need a solid gameplan, a strategy for achieving their objective (winning their match). From this, they’ll select which specific tactics to employ. And guess what: yes, they will indeed vary depending on who they’re playing against. Because as if it needed any further reiteration, tennis players (and in your case, companies) have different mental and physical attributes. Your business competitors in turn, vary according to location, size, finances, resources, reputation, and leadership, to name but a few.

The next observation is one that’s infuriated me for years when watching tennis and again reared its head this year. What is it with tennis players who seem to be helping their opponent by not making them run around? While I’ve no access to video analysis, it felt – based on the number of times I shouted at the television (usually along the lines of “Make the [expletive] run!”) – Federer seemed to be sending more shots over the net straight to Djokovic’s feet than in return. Why do players do this? Do they want their opponent to win? In a five-set slugfest, fitness will play a part towards the latter stages. Savvy players should be aiming to ensure their opponents have less gas in the tank than themselves.

The parallel with our industry is simple: never, never, make it easy for rivals to profit at your expense. This may be the business of love and lust but it’s the end-users who are experiencing this – not you. You’re competing with rival companies in the same field as well as providers in completely different sectors for the discretionary income of consumers. This is no time to get doe-eyed and claim that everyone’s a winner because, “Hey, isn’t this what the erotic industry is all about?” Business doesn’t work like that. Yes, you can respect your competition: but never be a soft touch.

My final point is an interesting one: the importance of likability. When Simona Halep was interviewed on-court after her win over Serena Williams, there was genuine emotion, enthusiasm, humility, and warmth displayed for all to see. In likability terms, she’s up there with the best of them. She’s also well-liked by her locker room peers. And now with her Wimbledon triumph, she’s going to be a brand manager’s dream. Watch out for a raft of sponsorship and endorsement deals being offered to her.

Things get more interesting in the men’s game however. This year’s runner-up, Roger Federer, is loved on and around the hallowed green courts of SW19. Like Federer, Rafa Nadal also enjoys a large following around the world. In contrast, Novak Djokovic possesses nothing like the same level of adoration. And it showed throughout the tournament, arguably to the point of disrespect.

Some people may question how important this is: afterall, if the guy is picking up titles then what’s the big deal? Popularity be damned? Up to a point, perhaps. But inevitably the on-court career will come to an end: where does the money come in from then? This is where the sponsorship and endorsement opportunities come into play even more. And this is where likability matters. A lot.

An August 2018 article in Forbes mentions that over a twelve month period, Federer earned $65 million in off-court deals. Djokovic? A mere $22 million. Even more illuminating is that Japan’s Kei Nishikori, who – no disrespect intended – has nowhere near the on-court success of any of the big three (Federer, Nadal, and Djokovic) earns more off-court money – $33 million – than the man slated to eventually become the greatest player of all time in the next few years. Ouch.

As you’d expect, likability is vital in our industry. Who’s going to buy something from a company they don’t like, admire, or respect? There’s no shortage of manufacturers and retailers to form emotional bonds with and subsequently purchase from, not just once but repeatedly. It’s not like we’re the insurance industry (be grateful for small mercies!) where customers begrudgingly pay for policies they often question the utility of in the first place. Be liked, be loved, be appreciated so much that your customers become evangelical in their praise of you to others – while making a profit, of course.

There’s one final point to be highlighted however. But it’s not one of similarity; rather the opposite, in fact. With tennis players, their days on court are interspersed with training and fitness sessions, time on the practice courts, sponsor obligations and other commitments. They’re not battling it out in tournaments every day.

You’re in competition every day that you and your rivals are open for business. And if you’re a nondescript, undifferentiated entity offering nothing special from all the other players out there, your results are going to be mediocre at best, and quite probably dismally disappointing. So much so that you may very well consider zipping up your proverbial racquet bag for good.

That’s why you need to have a vision, a mission, a supportive entourage, a winner’s mindset, an acute awareness of yourself and your opponents (in terms of abilities, strengths and weaknesses), a solid gameplan outlining how you’re going to achieve victory, and compelling reasons for why your audience should be supporting you rather than the others.

Got all that? Great. Coach’s talk is now over. Get out and play: own that court!