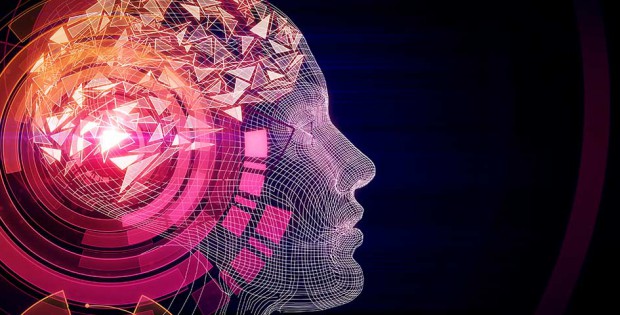 In his monthly column, Brian Gray from Glasgow-based consultancy Lascivious Marketing offers his thoughts on all things marketing… and perhaps one or two other things. This month, his curiosity is piqued by AI sex, celebrity, branding and…rock n’ roll vibrators.

This past month, mainstream media outlets have been talking about the report published by the Foundation for Responsible Robotics, titled “Our Sexual Future with Robots”. Unsurprisingly, there was no shortage of both writers commenting on the subject, and readers wanting to know what the hubbub was all about.

The subject of sex robots and teledildonics comes with its own set of dilemmas and debates from various perspectives. Some of these are more well-founded than others, it has to be said.

But looking at things purely from a marketing perspective, there are several points to ponder. Companies like Fleshlight already offer products featuring the orifices of well-known adult movie performers. Is it beyond the realms of possibility, or indeed probability, that within the next few years a step change occurs and full sized, anatomically correct AI robots of not only adult performers but mainstream celebrities (or mere fame-hungry wannabes) are brought to the adult retail marketplace?

Furthermore, demand to produce a robot based on a particular person’s appearance may come not only from that performer or celebrity as an exercise in brand extension but also from discerning individuals with the budget and the correct data or imagery. And while it’s not hard to imagine celebrities or adult performers being popular choices for such people, alternative buyer personas may include those wishing replicas of dearly departed loved ones.

As awareness of, and demand for, such products increases, (accompanied by parallel technological improvements) manufacturers and sellers will have to understand their customers and potentially demonstrate levels of compassion and sensitivity that have not always been obvious within the industry as a whole. I predict a steady increase in discussion and debate – hopefully objective – from commercial, legal, technological, psychological and sociological circles. They all have contributions to make. Meanwhile, mainstream media will continue to sensationalise whatever developments or opinions are proffered. Sadly I fear that objectivity will suffer at the expense of clickbait headlines from revenue starved publications meeting targets. Brave new world, indeed.

While adroit adult performers or celebrities with an eye on the future may wish to clue themselves up vis-à-vis their image rights (not only for how to exploit them, but protect them too) concerning AI robots, we shouldn’t forget the opportunities currently available to performers, celebrities, or individuals from making their mark on existing adult pleasure products.

I’ve wondered why there haven’t been more celebrities getting involved with sex toys. Not in the anatomical sense (I suspect that will firmly remain the sole preserve of adult performers), but by adding their name or associated brand values to a range of adult products. Granted, actress (and Aerosmith video-superstar) Alicia Silverstone reportedly endorsed an environmentally friendly sex toy range back in 2012. But that’s almost the exception to the rule. It does however beg the question: while celebrity perfumes are ten-a-penny (probably often worn by the end user with seduction in mind), isn’t sexual pleasure equally ‘deserving’ of such celebrity involvement?

Furthermore, there already appears to be several high profile users already espousing the joys of sex toys. Former Playboy model, turned actress and TV host Jenny McCarthy is apparently quoted as saying she never leaves home without one. Other stories cite A-listers including Jennifer Lawrence, Eva Longoria, Maggie Gyllenhaal as fellow sex toy devotees. Having celebrity users is great for increasing general category awareness, but for a sex toy manufacturer exploring the possibilities, is there potentially more to it?

If you’re a sex toy manufacturer – particularly if you’re an artisan or independent – the benefits of linking with a high-profile, sex-positive personality could be sizable. Every country has some to choose from. But careful consideration is required when deciding who to approach. Do they already command an audience of avid followers and enjoy good relations with the entertainment and lifestyle magazines? Without either, it’s not worth the hassle. How accepting are they of different sexualities and associated relationships? Some cultures are more accepting than others and the last thing wanted is a PR storm erupting due to incendiary comments made.

How well known are they for their open-mindedness or acting roles/songs with a sexual element? There should be no time and money dedicated to building up that person’s ‘sexiness’: it should already be abundantly present. Furthermore, to what extent do their brand values and positioning align with those of your company? Take a few minutes to consider where the people on your country target list would be positioned on a grid. Which one would be the ‘life and soul of the party’? Who would be the ‘fun-and-not-too-serious’ one? Who would be the epitome of high glamour hedonism? The celebrity who is known as the ‘Life and soul of the party’ can be associated with products that can be viewed as more mischievous and fun. Alternatively, if you use high quality materials and have an upmarket positioning, you won’t pitch a tie-up to a z-list celebrity who can’t even spell sophistication let alone embody it.

This works both ways of course. Will a high profile figure wish to be associated with your company if your website looks tacky or the product packaging looks sub-standard?

Collaborating with singers could be an absolute blessing when considering product range. Why stress about product names when the artiste’s own suggestive song titles can be used? Lovehoney have stolen a march on their rivals with their Motley Crue and Motorhead licensed ranges. It’s great PR ammunition, and may well offer some bemusing SEO effects too.

But what about the all important customer perspective? Obviously for those buying a celebrity-linked sex toy it isn’t necessarily (although could be) about fantasising about that person, but rather the values conveyed. “Hey I like [celebrity/artist/group], what she stands for, her positive vibes (sorry!) about sex, her attributes, her own sexuality. I want to identify with her.”

But for those who want to take things an extra step, why settle for the image or values of someone else, when they can get intimate with objects expressing the very core of their sexuality? Regular EAN readers will already be familiar with Italian company Persian Palm, whose range of high-end ceramic plugs and dildos can incorporate unique artwork provided by the client. So for well-heeled individuals wanting a unique visual identity that incorporates their own ‘values’ (their sexual self or ideal sexual self, and ideal public sexual self also if the product is displayed around the house), you can’t get more intimate than that.

The cliché that sex sells is self-evident. There’s no denying the importance of celebrity collaborations either. Mixing both ingredients makes for potentially explosive – and headline grabbing – adult retailing propositions. Meanwhile, it would also be folly to ignore the potential of the personalisation of adult pleasure products. With or without robots.