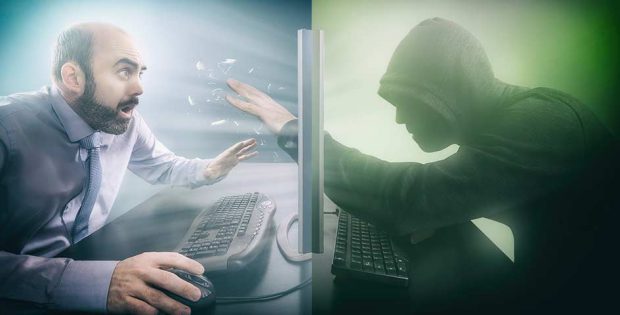 In his monthly column, Brian Gray from Glasgow-based consultancy Lascivious Marketing offers his thoughts on all things marketing…and perhaps one or two other things. This month, he talks about technology and trust. And killer sex robots?

There’s been a bit of a technological bent to the interviews and columns in recent EAN editions. Back in August I’d waxed lyrical about issues concerning AI sex robots. The September edition features the excellent interview with hacker RenderMan in which EAN editor Randolph deserves much credit for raising awareness of the issues covered in it. It’s a must-read article and a timely wake-up call for the adult retailing industry. And while most marketers won’t personally be involved in implementing or testing the security of their connected products, they had better be aware of the issues concerning them and how they are perceived by their most important audience – customers.

Admittedly, for some company creators, safety and security doesn’t make them tingle with excitement. Let’s be honest: an entrepreneur starting up an airline doesn’t go into business with the ultimate mission of making air travel the safest it could ever be. They do so to make money. But, without acknowledging the importance of (and spending money on) safety and security, they’re going to have empty planes. It’s a must-have requirement. Without it, there’s no trust. Without trust, there’s no sale. Without sales….you get the picture.

And with the rise of ‘connected’ sex toys and AI dolls, the adult retailing sector has to be similarly minded.

As devices progressively offer more features and invariably become more ‘connected’ it’s a fair assumption to make that even more data will be collected and stored. We’re not living in a legislative ‘wild west’ however. In the UK at least, Section 1 of the Data Protection Act highlights that “Personal data shall be adequate, relevant and not excessive in relation to the purpose or purposes for which they are processed.” Other European states will have similar laws. There may be some suitably red-faced lawyers and bureaucrats pondering over such issues in the not-too-distant future. What exactly comprises ‘too much’ information that a sex toy might be collecting?

But while manufacturers must exercise caution on what they can and should be collecting and be crystal clear on communicating this to buyers, consumers must also exercise personal responsibility. They need to make their own decisions. It’s up to them whether they want to use such devices and to clue themselves up accordingly on how intrusive such devices could be and how comfortable they are sharing this data. In short, the market will decide.

While marketing segmentation divides consumers into groupings according to any number of different shared characteristics, I’m predicting that if it’s not already happened, there will be a growing number of adult consumers who will shy away from ‘connected’ devices. These are people who are already wary of the ‘internet of things’ and where their personal (in this case VERY personal) data is going and who sees it.

For such people, it’s bad enough to be worrying about satisfying one’s partner(s). Now there’s the distinct possibility that such concerns will be compounded by worries that one’s most intimate moments are being somehow sucked up into the ether and stored thousands of miles away. Talk about ‘digital performance anxiety’!

The internet of things is hardly making sex simple for privacy-conscious lovers. Fancy an impromptu frolic by the fireplace on the lounge floor? In the old days the biggest worry (aside from STI’s) was getting carpet burns. Now they had better first check that swish-looking TV by the corner (the ‘Weeping Angel’ scandal allegedly involving the CIA and MI5 makes for scary reading). Quick, let’s move to the kitchen table! But what about the shiny smart refrigerator: is it recording too? Er….a quickie in the car? Wait, it’s also connected. What about…. Ah, forget it. The bedroom it is. Once the room has been cleared of anything electronic, of course.

Am I being alarmist here? Unfortunately not. There’s more than enough reporting on it. But the ultimate scare story arose just a few weeks ago. A sensational claim was made by a cyber security expert, in which hacked AI sex robots could kill their owners by taking control of their limbs and giving other instructions. Whilst not going full ‘Westworld’ or ‘Fembot’, it’s still a somewhat scary thought. It would certainly make for one very interesting reconstruction on the BBC’s Crimewatch programme. One further consideration: at the moment most talk concerning data gathering refers to the companies themselves. Then there’s the criminal elements. And if the crims can find chinks in the armour, Big Brother will certainly have succeeded. Orwell’s Oceania would have loved this. And the Stasi, for that matter.

But many people don’t seem to care about their data or most intimate moments being recorded. When the revelations about GCHQ’s ‘Optic Nerve’ programme became public, did it mobilise protest groups or generate wholescale behavioural change? Hardly. For many, using web or Bluetooth-enabled apps and devices to add an extra dimension to their sex lives is a natural progression, and one that can bring heightened excitement and pleasure. As long as consumers are informed and companies stay within the letter of the law and on top of safety and security requirements, may the connected fun flourish for those willing participants.

An integral part of marketing is about identifying opportunities and potential buyers. For all the enthusiasm and benefits that come with ‘connected’ sex toys, there will still exist customer segments who either cannot afford such products, don’t like them, or do not want to be connected at all: at least not in their sex lives.

RenderMan and other hackers who expose security weaknesses are to be commended for pressuring manufacturers to act upon their shortcomings. The more sophisticated and connected the devices, the more important trust between buyer and seller becomes. And while I’ve spoken about the issue of trust vis-à-vis safety and security, it would be remiss of me not to mention the matter of consent, especially pertaining to the type of relationships adult retailers have with their customers.

There’s a common adage permeating through society nowadays that ‘it is better to seek forgiveness than ask permission’. Similarly, Madonna famously opined in one of her saucier songs from the early 1990’s that ‘Poor is the man whose pleasure depends on the permission of another.’ Adopt any of these mantras now when handling customer data and you’re in big trouble. Poor – if not bankrupt – is the man (or woman) whose business depends on, yet ignores, the permission of its customers.

The General Data Protection Regulation that comes into effect across Europe in May 2018 will harmonise data protection rules, and also offer consumers more of a say regarding how their data is stored and used by companies. The nature of consent is also a prominent ingredient. And while this is not the sort of thing that generally excites adult retailers, it’s the sort of thing that one had better become au fait with. Quickly. Fines for non-compliance are, without exaggeration, eye-watering.

In preparing for this, smaller companies may have the advantage over corporate behemoths. Small companies should make the most from free advice or courses offered through local business support organisations. Their size should make for increased agility and flexibility when implementing necessary changes. In contrast, spare a thought for bigger companies. Recent research conducted by the Financial Times highlights technology companies’ predicaments. Facebook reckon that for them “…initial compliance would cost several million dollars.” The article concludes by citing technology groups who “…suggested GDPR could be one of the most expensive pieces of regulation in the sector’s history.”