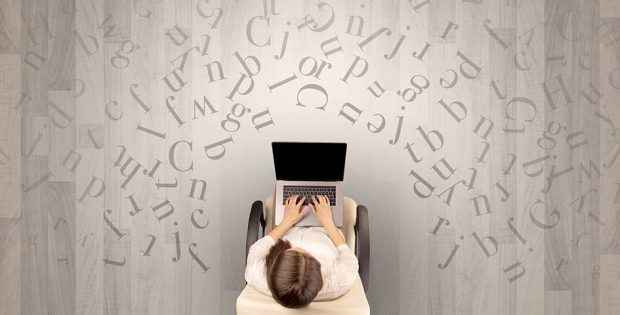 With my curiosity piqued, after a little bit of Google digging I headed over to the website in question. The first thing that unfortunately struck me was the name. Oh dear.

As I’m not wishing misfortune against the Founder I’m not going to outright name names per se, but it might be unavoidable given that this person chose to use – brace yourselves – two forenames (one male, one female) as the brand name.

Furthermore, a Q&A blog post with the Founder revealed that when it came to the rationale for naming the business, the reply was “…there’s no story behind that, I just love those names.”

Ye Gods. Where do I begin?

I ruefully remembered the words of branding guru Wally Olins. “The intangible value of the brand is often much greater than the corporation’s tangible assets.” I severely doubt it in this case, however.

Suffice to say, this brand name in question did not tick all these boxes.

You see, words are powerful things. Not on their own of course (they’re just groups of letters strung together), but through shared meaning and fields of experience. Basically, how words are perceived and interpreted by others.

When I see the brand name Pounce Underwear I can IMMEDIATELY start forming ideas about the items being sold and their likely target markets. It also offers a clue as to its brand essence (its DNA, if you like), personality and perhaps the people running the show.

My mind has no difficulty in visualising images around ‘Pounce’, pouncing, or being pounced upon. It suggests something racy, animalistic, verging on predatory, even. Ooh la la. ‘Led by instinct’ states their strapline. You see how the picture in your head is being defined that bit more?

In a similar vein, Bordelle also conjures up something. Agent Provocateur? No further explanation required. I immediately know these aren’t the sorts of safe, homely brands being talked about in care homes or down at the local Women’s Institute.

In contrast, what do the names our dear old Mum and Dad gave us convey? Absolutely nothing.

Consider two fictitious lingerie firms, called let’s say, “Amanda Jones” and “Jane Williams”. From this I have no idea if Amanda’s wares are more exciting than the ones offered by Jane, who in turn are more exciting than another brand called “Emma”. Furthermore, are all ‘Amandas’ homogenous in their ‘brand essence and values’? Of course not.

Let’s step outside the lingerie sector for a moment to illustrate this more effectively.

Think of Ralph Lauren. On its own it’s just a name, but then apply an endorsed brand architecture with the introduction of ‘Polo’. The word and logo immediately conjures up images of a sport played and watched by the upper classes and all the associated trappings of that ecosystem. Wealth, status, success and influence: all these things come to mind. It’s easy to see how that one word and a man on a horse has far more power in its ability to create a strong brand image and position in the minds of customers than mere ‘Ralph Lauren’.

So, if you’re reading this and about to enter the industry or you’re an existing company and have decided it’s time for a completely new name and identity, how should you go about devising your new name?

Think of the types of names you can choose from. It can be descriptive (such as Wicked Sensual Care), metaphorical (i.e. Prowler), a ‘magic spell’ comprising altered spellings (Sliquid), a fabricated name (Emojibator), an acronym (generally not advisable as they can often be hard to remember and problematic in copyrighting) or a combination of two of the above (EDC Wholesale). Each type of naming convention has its pros and cons to consider – so choose well and don’t rush the process.

So with all these possibilities for naming a company, you’re now in a better position to imagine my relative disappointment with the retailer in question for selecting a name without any (in my experience) real utility. Yes, you’ve got to be able to live with the name; that’s a given. Nobody – least of all me – is suggesting anything else. You’ve got to be able to smile when you hear your company’s name being mentioned, and have pride in it too.

But it’s got to help you on your commercial journey, and play its part in contributing to your coffers. This is achieved through both creating that emotional connection with target audiences in order to drive subsequent sales, but also by keeping the finance director happy by having the brand value itemised on the company balance sheet as a key asset. Remember the earlier quote from Olins.

In a fast-living world, where time is in short supply and faced with 24/7 digital media and relentless advertising assaults on one’s mind, a company can have only the slimmest window of opportunity to make an impression. Make it count. Choose a name that immediately means something to someone.