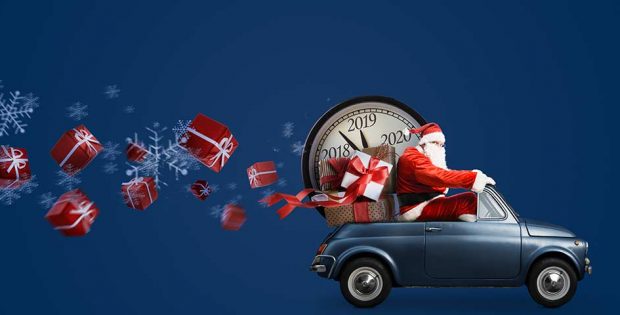 Christmas was great as a kid. And while I hated school the last day of term before the festive season was decent enough. If you’re of a similar age, you’ll remember it was the day for you to bring in board games and indulge yourself. Long before the age of smartphones, we’d be playing the likes of Connect4, Cluedo, Kerplunk! Buckaroo and Operation. If ever MB, Waddingtons, Mattel or Hasbro needed some customer insight, primary and secondary schools around the country on the last day of term would have been the perfect place.

So it’s not the time for me to be introducing some big marketing concept this month to get your head around. Instead let’s cast our minds back to this time last year when I wrote about what I’d like to see happen in the pleasure products industry in 2019. I wouldn’t go so far as to say it constituted my Christmas list to Santa as such, but it would have been nice to see.

First on the list was a wish to see more holistic research into today’s sexual consumer. It would be in everyone’s interests to see how much of consumers’ discretionary income was allocated to products and services from the business of love and lust. What’s the category split: what percentage do sex toys or pleasure products have in comparison with other products and services? And how has this compared with the previous twelve months? What brands are the most recalled, the most engaged, and the most trusted?

Here and there some stats were bandied about. A survey run by British Condoms in March 2019 and highlighted in British tabloid The Sun revealed that men’s use of sex toys had significantly risen, rising from 24% of respondents who had used one in 2018 versus 58% in 2019. Usage among women had grown from 74% in 2018 to 79% in 2019. So, at face value this is useful data in its own right. We have no idea however to what extent the research was carried out in accordance with established research principles and in particular the sampling method employed. This latter point may mean the difference between some genuinely robust and useful data versus something little more useful than to generate some column inches in the press.

But this data – if valid – only shows sex toy usage, and none of the other key factors mentioned above. It still leaves a lot to be desired. As an industry we’re still absolutely clueless and existing in a state of ignorant bliss. We’ve no idea who’s winning vis-à-vis market share. We’ve no idea how the big firms are performing in key areas such as brand awareness, loyalty, and customer satisfaction, nor how they’re performing against the sheer number of solopreneurs and micro businesses selling some very impressive wares on the likes of Etsy and other online marketplaces.

The second item on last year’s ‘list’ concerned sex toy product quality and standards. And in contrast to the sorry state of industry insight, there has been progress. EAN revealed in September that the International Standardization Organisation (ISO) announced its plans to create a committee charged with formulating a sex toy standard that would take into account design and safety standards for any sex toys that would come into direct contact with the genitals or anus.

To both the uninitiated and industry idealists alike, this would seem welcome news: a recognised quality standard that would go some way to eradicate sex toys containing spurious (if not downright harmful) substances that shouldn’t be going anywhere near one’s nether regions.

But is this going to transform the industry overnight? Not quite. And while there are positives that can be gleaned from this one mustn’t forget that this new Standard will not be mandatory: therefore the old ‘adult novelty’ sticker on the packaging sidestep will still apply. EAN Editors Matthias and Randolph considered both sides of the argument recently so I won’t dwell on them here. But what it can hopefully do is persuade existing manufacturers as well as the next generation of pleasure product industry entrants to genuinely place the consumer – and their safety – at the heart of their organisation, especially in product development. It’s as much a cultural campaign as one of component and design standards. And to all existing manufacturers who are already pushing the standards agenda and using recognised body-safe components and coatings, the introduction of the ISO Standard and adherence to it can soon become a key differentiator in which to highlight your brands versus those that are uncertified. Shout about it from the rooftops when the time comes.

With Instagram/Facebook unlikely to change their tune anytime soon, the coming realisation among pleasure product brand and retailers may be that such platforms cannot feature in their current and future marketing communications plans – or at the very least, there’s a damn good contingency plan in place. Consequently it may bring about a further realisation among smaller brands that in this industry the days of bootstrap social media marketing may be fast coming to an end and an established marketing budget is now required. What could this entail? Paid-for-advertising in key industry and lifestyle publications, increased dialogue and forged relationships between up and coming brands and retailers, and higher importance placed on industry events and expos to create those invaluable connections.

So those are my key thoughts as we come to the end of 2019. It goes without saying that I wish you all a great festive period – commercially and personally – and you enjoy yourself accordingly. I’ll see you in January, once the various indulgences wear off. And you know us Scots can put together a seriously good New Year’s Eve celebration!