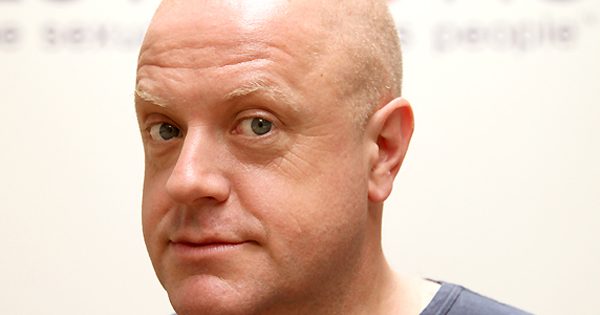 Loud, honest, raw, dirty … strung together, these attributes make for a pretty accurate description of Motörhead. Frontman Lemmy Kilmister and his bandmates have been bringing rock’n’roll to the masses since 1975, and they embody the sex, drugs, and rock’n’roll lifestyle like no others. Now, Lovehoney presents the Official Motörhead Pleasure Collection for fans of the dyed-in-the-wool rockers – and for sex toy lovers in general. Neal Slateford, the company’s co-founder told us more about the collaboration with the band and the products in Lovehoney’s new collection.

There are many things one would expect from Lovehoney, but this is unexpected – a toy line, branded by Motörhead, the world-famous hard rock band of legendary frontman Lemmy Kilminster! How did this cooperation come to pass?
Neal Slateford: I’m a fan (first saw them on the Bomber Tour on Tuesday 13 November, 1979 at The Colston Hall in Bristol, UK) so the band has always been on my radar. The Motörhead imagery and logo are amongst the most well known in rock and I noticed they sold a really wide variety of branded merchandise – from swimsuits and vodka to guitars and skateboards – and a lot of it. So I thought – why not do sex toys? After a few phone calls we finally managed to meet the band’s management and pitch them and they loved the idea.

In light of the current trend to make most love-toys female or couple-friendly, wouldn’t a female band have been more appropriate?
Neal Slateford: In this business it’s important to stand out and be different. The world doesn’t need any more couple-friendly female orientated sex toys. Motörhead have a lot of female fans too!

Was it hard to convince Lemmy and his comrades of the idea of branding a sex toy line?
Neal Slateford: No.

Which demographic is Lovehoney targeting with the Motörhead line?
Neal Slateford: It’s not about demographics – Motörhead fans range from 16 to 88! We designed these vibes for both fans of Motörhead and rock lovers, as well as those who just want a cool looking toy to add to their collection. The range captures the rock and roll lifestyle of the band perfectly, and offers something genuinely different in the market.

How many items and which types of toys are part of this collection? How will the line be promoted by Lovehoney and which part will the musicians themselves play in marketing the line?
Neal Slateford: We’re launching with four classic bullet styles, including Ace of Spades and Overkill. I’m really pleased with the products – they look amazing and they work fantastically well. They are very (VERY) powerful, quiet – and heavy! The design team at Lovehoney has done a brilliant job with some killer cool POS materials – slat wall display units and counter top boxes. They really stand out in store. The band have been involved with photo shoots for the line and will be promoting the range through their own social media channels and on tour.

Do you think that this kind of branding concept is also suitable for other types of endorsement?
Neal Slateford: Yes. Watch this space.