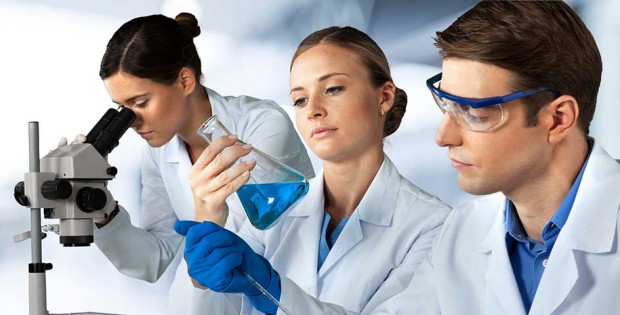 Selling a product that later turns out to be harmful to the user’s health is every retailer’s nightmare – especially in the adult market because few products get in closer and more intimate contact with the user’s body than sex toys. Throughout the past years, studies have found individual products that contain harmful substances, but on the whole, the situation has improved tremendously. Nonetheless, the adult market is still unregulated in parts, and the overwhelming number of products – some of them from dubious production facilities – make it hard for the trade members to retain the overview of the situation.

The Swedish agency for chemical substances, “Kemikalienspektionen”, or KEMI, has set out to shine a light into the dark corners. The agency’s job is to make sure that the laws pertaining to chemical products, pesticides, and similar products are upheld – and now, for the first time, sex toys are also included in this category. “We have never been investigating this product segment before,“ says Karin Rumar, inspector at KEMI. “We see a lot of fails in electronic products and soft plastic materials, and since sex toys are made of the same kinds of materials, we thought it was time to look at this product group as well.“

To that end, products from a dozen companies in Sweden will be tested over the course of the next weeks and months. Seeing as the lion share of adult products are bought and sold on the internet, most of these companies will be online retailers, Karin explains. Overall, KEMI will inspect roughly 30 products, and the testers will focus on products made from soft PVC plastic and electronic toys. Being a Swedish agency, KEMI’s authority is limited to the Swedish market, of course, but the rules for these products are the same throughout the EU. Consequently, the results will be of great interest for the rest of Europe as well.

“There are no special regulations for sex toys,“ Karin Rumar tells us. Therefore, it is tested whether the products meet the three standards that are valid for all consumer goods: the REACH, RoHS, and POP regulations. REACH stands for Registration, Evaluation, Authorisation, and restriction of Chemicals and is basically a list of substances that cannot be tolerated in products – children’s toys in particular. Among other things, this list includes cadmium and certain phthalates. “Some phthalates are suspected to be hormone disruptors and can affect the testicles and make it more difficult to have children,“ Karin explains, pointing out how dangerous these substances can be. Which is all the more important because they rank among the harmful substances that are found most often in sex toys. The REACH regulation also dictates that the users have to be informed if a harmful substance exceeds a threshold of 0.1% of the product’s weight.

The RoHS (Restriction of Hazardous Substances) guidelines also set limits for potentially harmful chemicals such as lead and mercury. However, the primary goal here is to ban substances from the market that are harmful to the environment.

That’s also the basic purpose of the less well-known POP guideline. Persistent organic pollutants are harmful substances that only decompose very slowly, making them dangerous to the environment, but also to the human body. Several of these substances can be found in PVC plastics.

But what happens when the testers at KEMI find that a product violates one or several of these regulations? “The product should not be sold after that,“ says Karin, describing the process. „We contact the company to let them know about the result and to inform them that the products are forbidden to sell.“ Sometimes, there are also penal provisions, and in these cases, the agency informs the public prosecutor’s office of products that have not met the required standards. “If there are problems with the CE label and labelling, there also exist some environmental sanction fees.“

Of course, the producers need to ensure the quality of their products, but Karin feels that part of the responsibility also lies with the trade members. “They have to put demands on their suppliers. We recommend not only to ask if they are, say, ‘REACH compatible’, but also to be more specific about substances that should not be in the products.“ Based on her observations, the Kemi inspector feels that the adult industry is aware of the problem that these substances represent. “It seems as if the branch is very aware of the phthalates, which is good,“ she says. However, there are black sheep in every industry and her agency still finds phthalates in products that should be free of such substances. The restrictions for sex toys are not as strict as those for children’s toys, but still, the producers and trade are obliged to “inform the consumers if a product contains such substances.”

As Karin Rumar continues, there are few harmful substances that people really know about. And the same goes for some regulations. One guideline that few are aware of although it applies to most products is the POP regulation. “It’s important because quite often, we find SCCPs – short chained chloro paraffins – in soft plastic materials, and those are forbidden.“ As is the case with many other substances that are regulated via POP, these SCCPs are a problem primarily because they are harmful to the environment.

KEMI hope to publish the results of their study before the end of the year. Currently, the products are in the labs, and the tests are estimated to take up two months. The final report will not only be sent to all companies whose products have been tested, but it will also be made public on the agency’s website.