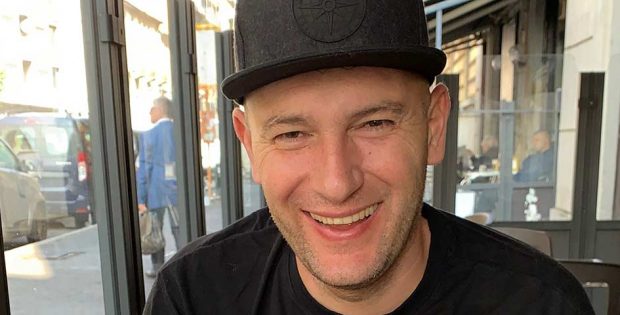 After a new political coalition took over the reins of government, Italian seems to have returned to a semblance of normality. However, one can’t ignore the fact that this is the 66th administration since the end of World War II, so speaking of political stability would probably be an overstatement. Naturally, this situation is not conducive to carefree consumers spending. Diego Polloni can attest to this as his RED PARADISE stores in the northern part of Italy have clearly been affected by the political developments of the past years. There are also structural problems such as tax burdens for smaller companies which further complicate things. And as if that weren’t enough, the Italian erotic retail trade also faces competition from the biggest e-commerce company in the world.

Lucky for Diego, he decided to veer away from the traditional target audience early on, and RED PARADISE has been catering to women, couples, and younger people for the past 15 years. This strategy helped soften the blow, as he explains. “It is those groups of consumers who drive sales.” Naturally, the government also wants its share of these sales in the form of taxes. And while Diego is not opposed to taxes at all, he does feel that Italy has the worst tax system of any country in Europe, and that it is small companies such as RED PARADISE that suffer the most. Unfortunately, he doesn’t see any reason to believe that this will change with this new administration.

“Every day, things are getting worse. Smaller companies are crushed by the tax load.” On top of that, there are global developments such as the growing popularity of e-commerce that affect brick-and-mortar retailers in Italy. “No doubt, retail stores in Italy are having a rough time.” To stand their ground against the competition from the online sphere, Diego and the RED PARADISE team bank on professional customer service and sales advice. “It is hard to compete with online shops, but we know how to convey the strengths of our stores to the customers, and I am extremely proud of how professional we go about our business.”

When asked about the key elements that factor into the modern consumer’s purchasing decision, Diego says that, in his experience, there are two types of consumers in today’s market. One group always looks at the price first and foremost, while the other is willing to invest a little more money and focuses on the quality and features of any given product. “Of course, we want to cater to them all, so we take care to have the right products for both groups.” RED PARADISE also has a website, which was recently overhauled, but the focus is firmly on the brick and mortar stores in Lissone, Busnago, Liscate, and Vermezzo – www.redparadise.it is not on an online shop, merely a source of information about the product range. “Our four stores are the full extent of our business activities. I mentioned it in our last EAN interview, and I’ll say it again: I don’t like the price structures in the e-commerce segment.”

In spite of all the challenges, Diego has never lost his optimism, and he keeps looking for ways to make the best of the current situation in the market. Right now, this means developing strategies for the fast-approaching Christmas season. “We are busy at work in our stores – and on the outside of our stores – to create a magical experience for the customers, with new features and new products. Let’s hope this will be a successful holiday shopping season.”