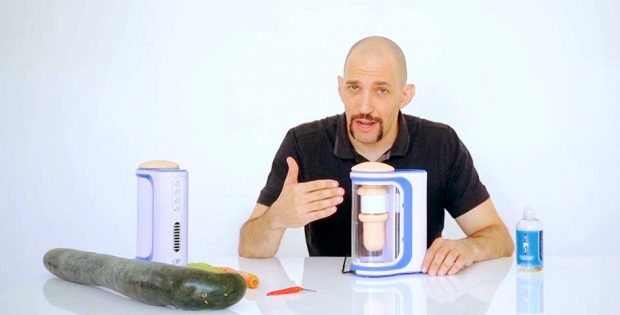 The campaign launched on October 17th, 2018 with a goal of raising $50,000 and 5 days later has already raised 74% of its goal. The Autoblow A.I. uses a microcontroller in combination with an I.R. beam sensor and magnetic field sensors to control a gripper that manipulates a fleshy sleeve between any of 250 different points along a 5-inch-long stroking plane to deliver a variety of human-like movements to the user’s penis.