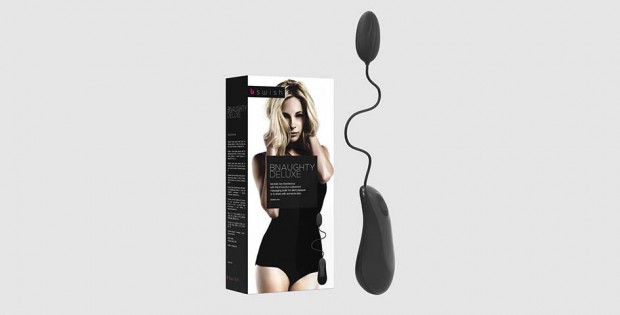 Bnaughty Deluxe from B Swish has been updated and improved for 2017 with new colors, better materials, a stronger motor and more features. The Bnaughty Deluxe is a silky bullet boasting six powerful and quiet functions along with a compact remote controller with easy-to-use backlight controls.

With a classically styled silicone bullet with tapered smooth ridges, the size and shape of the bullet rests against the users’ sensitive areas and a new, stronger motor is better than the previous version according to B Swish. The 6-functions are cycled through the click of a button on the ergonomically designed remote, now with a softtouch grip, and is lit up by a red light for easy play in the dark.

The Bnaughty Deluxe is powered by 2 x AAA batteries, which are now easier and faster to access thanks to a one-touch battery eject button. As a member of B Swish’s Deluxe Line of personal massagers, the Bnaughty Deluxe arrives in sleek packaging and is available in three new colors, including Raspberry, Royal Purple and Black. A velvety pouch is also included.