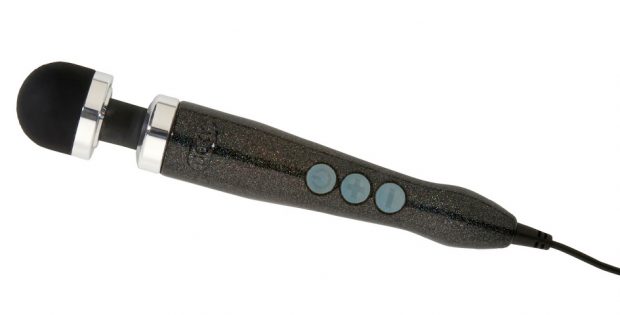 British massager manufacturer, Doxy has added two new colours to their Number 3 compact wand line. Launched at the end of 2017 the Number 3 has become the best selling of the Doxy wands, its popularity boosted by the addition of its exclusive range of attachments. The Number 3 is now available in Candy Red and Disco Black as well as the current Brushed Metal.
Leigh Dedhar, sales director at Doxy commented; “The Number 3 has proved really popular with customers since it’s launch and one of the main comments we’ve had was demand for more colours. So we’ve listened to our retailers and customers and taken the most popular of the Die Cast colours and given the Number 3 a makeover to offer people even more choice.”
Customers will be familiar with the glamorous Candy Red from the Die Cast range and glitter lovers will notice that the Disco Black has even more sparkle added.The new colours were released in February and come just in time for Valentines.