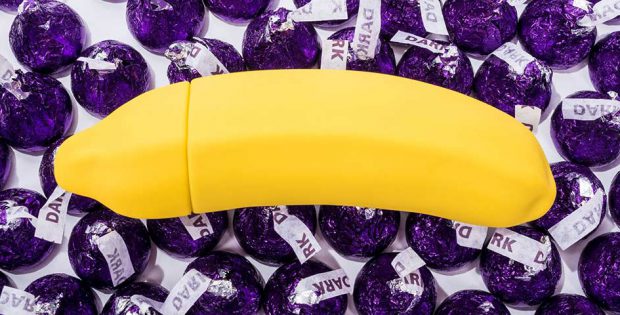 Emojibator, inventors of the Eggplant and Chili Vibrators, have announced a new shape in their portfolio of emoji inspired sex toys: the banana.

“Our first year in business has been quite a story, as the buzz has taken us all over the world from Berlin’s Venus conference to NY Sex Expo and everywhere in between like Amsterdam, San Francisco, London, Sweden, Austrailia, China, and more, selling over 10,000 vibrators,” said Joe Vala, CEO and founder of Emojibator. “We launched the ‘Empowerment Feels Good” campaign which encouraged women to orgasm more and take sexual climax into their own hands. We also spoke at the world’s first Emojicon conference and are a finalist for Forbes 30 under 30! To say this has been a wild ride would be an understatement.”