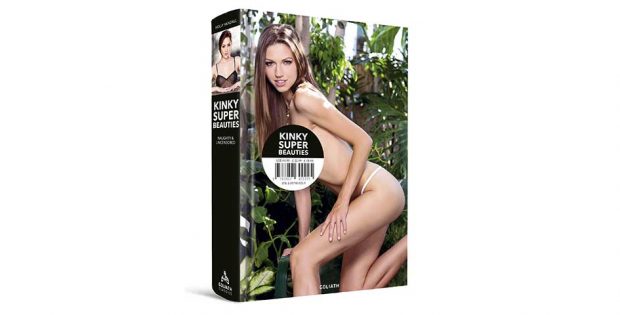 Holly Randall’s newest collection presents classic nude photography in a book released by Goliath Books. The hardcover “Kinky Super Beauties” (ISBN 978-3-95730-022-5) has 368 pages with over 400 photos and has a suggested retail price of 34,99 Euro.

The age of reproduction also marks the age of the widespread presentation of naked bodies. What was formerly meant for a small group of bourgeoisie, became highly popular with the invention of photography. During the first half of the 20th century, nude photography was still very homogeneous. With the democratization and the resulting liberalization of many countries, the artistic diversity of the 20th and 21st century grew immensely. Coincidentally, the various styles of nude photography also evolved. Classic photographs in black-and-white or color, staged high-end productions, amateur photography or artistic snapshots – all that has previously existed in art and in the media, now also exists in nude photography.

Tags:Book
Back to Front Page