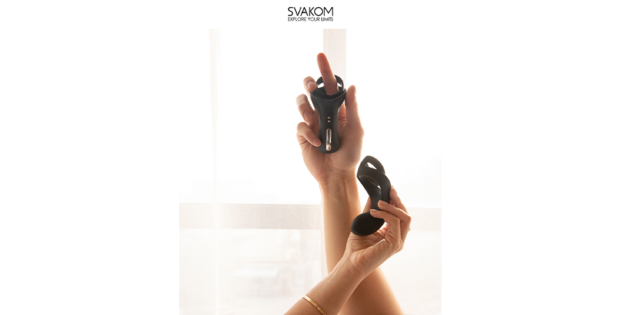 VAKOM has announced the release of Benedict – described as an intense, dual ring, perineum stimulator. “Benedict is the latest addition to our penis-oriented toys. With super elastic rings, Benedict can easily fit onto any sized tool it’s used with,” a rep said. Benedict features 5 different perineum vibration modes with a further 5 intensity levels for each mode with single button control. “Benedict provides orgasmic stimulation to the perineum and the balls. Despite their stretch ability, Benedicts dual rings still clamp down at a comfortable, yet pleasurable, pressure. Helping to improve stamina and sensations while the perineum vibrator works its magic,” a rep explained. “The sleek, all-black, design of Benedict compliments its sophisticated charm. Being fully waterproof (thanks to its magnetic charging port), Benedict lends itself to the possibility of exploring new scenarios whether alone or with a partner(s)”. Featuring a powerful motor, Benedict provides an electrifying charge of stimulation to the perineum; giving users the opportunity to find the style that sends them over the edge. Despite its power, Benedict boasts a long-lasting battery life and super-fast recharge speed – enjoy up to 4 hours of quivering bliss on only a single hours charge. Benedict consists of ultra-soft medical grade silicone allowing for comfort as well as easy attachment and removal.

Tags:Penisrings
Back to Front Page