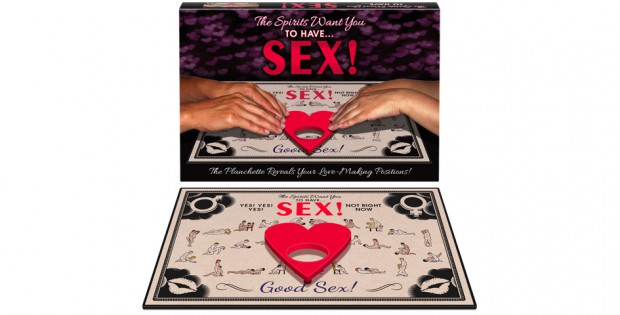 Kheper Games, Inc. has announced that their new romance game “The Spirits Want You to Have Sex” begins shipping today. The game was first shared with customers at the eroFame Show in October and then again also at the East Coast News show shortly after. According to the manufacturer it received positive response at both shows.

“The game play will be very recognizable as it utilizes the planchette and symbolled game board similar to the Ouija board concept that has been a strong pop culture phenomenon for over 100 years,” explains CEO Brian Pellham. “We feel very confident this concept will translate well in the adult market. It is featured heavily in pop culture, for example a recent scene about communicating with a dead sorority sister in TV Show Scream Queens.”