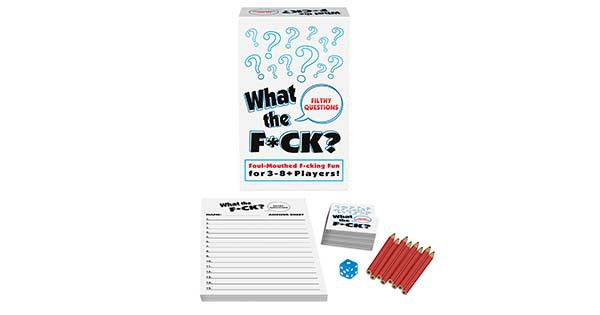 Kheper Games announced the launch of two new games. The first is an extension of their most popular line of adult party games, What the F*ck? Filthy Questions. The next is their latest in pot-themed party game spoofs, Potheads Against Sanity.

What the F*ck? Filthy Questions includes 480 Filthy Questions. Players are each provided an answer sheet and write in personalize answers after each question, and the person taking the turn is read each answer and selects a favorite. The player with the winning answer receives the game card as a point. Example questions are “If your genitals could talk, what would they say to embarrass you?” and “If I had a talking mirror, what’s the bitchiest thing it might say?” Then each player provides a funny answer and can personalize it.  So, if a player named Biff askes the talking mirror question, other players get to tease him by writing answers like “You need to go to the free clinic Biff!”