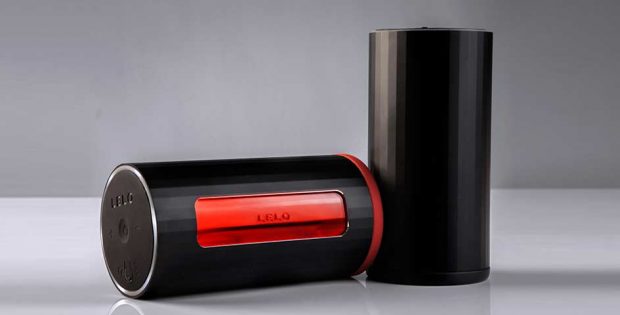 During last year’s Venus, LELO pulled a showstopper with the release of SONA and SONA Cruise, a pair of clitoral stimulators which premiered two new and exclusive technologies: Cruise Control and SenSonic™ sensations. With that launch, LELO continued building on their (in)famous tradition of always going one step further than the rest. Only this time, instead of going further, they went deeper in their search for mindblowing orgasms. Utilizing sonic waves, the SONA ventured beyond the visible part of the clitoris and stimulated the entire structure hidden just beyond the surface. The results were breathtaking, to say the least.

As soon as SONA was launched, LELO was inundated by demands for this technology to be applied to a male-focused product. You asked, and they delivered in their usual style. After teasing their fans for weeks, they finally revealed it at Venus Berlin and once again earned a resounding ‘O’. LELO F1s Developer’s Kit retains Cruise Control, which controls and maintains the intensity of the sensations so it never drops in power. The same SenSonic™ technology has been refined for men, recreating the earth-shattering pleasure women have been enjoying for a year now.

LELO’s Venus visitors could sit down in a Formula One racing car and feel their heartbeat accelerate in-sync with the purring engine, feel the rush of adrenaline and watch the speedometer dials dance like crazy. “I loved the feeling of edging towards the point of no return as I was racing on the track. I was in there, completely lost in the moment. Transferring that feeling to sex-tech was a brilliant idea,” commented Magnus, one of LELO’s satisfied visitors. And this is exactly what sets F1s apart from the rest.

In the world where every experience should be mindblowing, F1s is the most high-tech, high-performance male pleasure product in the world, and the most interactive. F1s can be connected to your smartphone via Bluetooth, and a LELO app (a demo version was premiered at Venus) adds a new immersive experience to male pleasure. Just like a luxury racing car, it will satisfy both the top performer who wants to test his prowess and the regular Joe who’s after a good time.

But F1s isn’t just a pleasure product, it’s a ticket to the future of sex-tech. The freely available Software Developer’s Kit gives the developers a carte blanche to control the interaction with the device and fully capitalize on its technical capabilities. Do you dare imagine the possibilities?

Whether you choose to simply enjoy the sensations without using the app, challenge all the notions you’ve had about your sexual stamina or build an app of your own, LELO F1s won’t leave you high and dry. Knowledge is power and you’re free to choose how to use it.