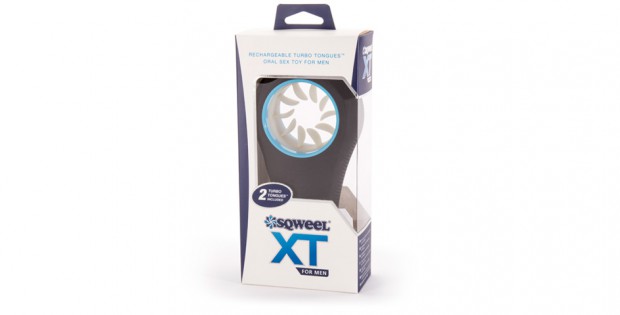 Lovehoney is kicking off the new year with the launch of the brand new Sqweel XT for men. The Sqweel XT features 2 sets of Turbo Tongues – soft and extra firm, which rotate in three powerful speeds and three pulsating patterns to simulate intense oral sex action. USB rechargeable, the toy offers the ultimate joy for men on tap.

Its predecessors, the Sqweel, Sqweel 2 and Sqweel Go Oral Sex Simulators have been hugely popular amongst women around the world and are amongst the best-selling oral sex toys on the market.

Sqweel XT uses the same powerful rotating tongue design as the Sqweel, so that men can experience the same great sensations that women have been enjoying since the Sqweel’s first launch in 2011. Slateford added: “Now men don’t have to wait for their birthday for great oral sex.”