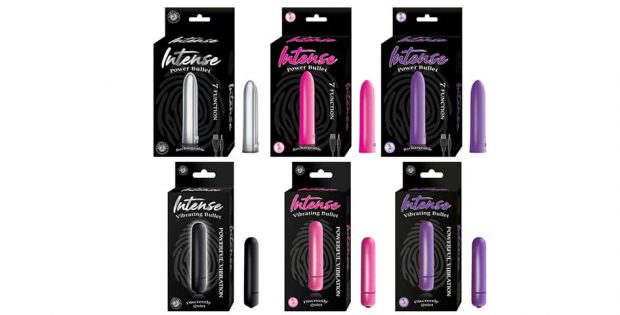 Nasstoys has released a new series of ‘Intense’ bullets, including the Intense Power Bullet and the Intense Vibrating Bullet.

“These new INTENSE bullets are appropriately named as they are by far the most powerful bullets we have produced thus far with deep vigorous concentrated vibrations. Be sure to see them at ANME and ANE” said Kathryn Hartman, Nasstoys sales and marketing director.