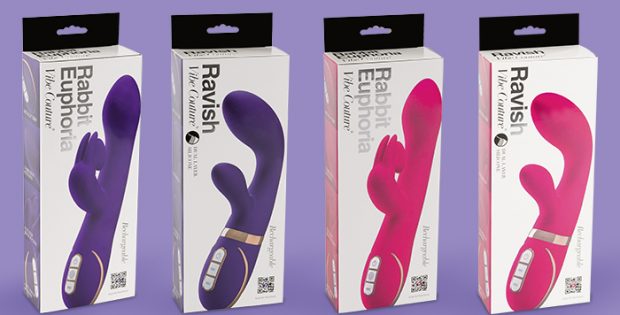 The new models from the exclusive sex toy label Vibe Couture are now available at ORION Wholesale: the rabbit vibrators ‘Euphoria’ and ‘Ravish#.

A visual delight is also the promotional packaging of the Vibe Couture sex toys: it has a classic and beautiful design that focuses on the most important thing – the product. The product can be seen behind a blister packaging once the front of the box has been opened. The box can be easily opened, thanks to its magnetic fastener. There is a product information in six languages on the back of the packaging and a video of the product is available via the QR code on the front of the packaging.