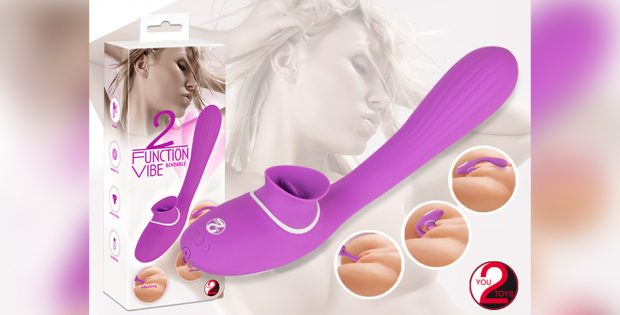 The versatile ‘2 Function Bendable Vibe’ from You2Toys is now available at ORION Wholesale.

The ‘2 Function Bendable Vibe’ from You2Toys is delivered in cardboard packaging with a description of the product in various languages on it.

Tags:Vibrator, Wholesale
Back to Front Page