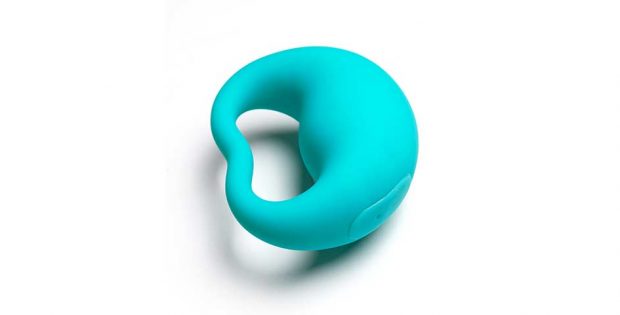 “Sexuality among older adults is one of the last taboos,” said Suki Dunham, founder of OhMiBod. “Until a few years ago, most studies on sexuality deliberately excluded adults over 59 years of age despite that being the fastest-growing segment of the population.”

According to the National Poll on Healthy Aging by the University of Michigan, forty percent of adults aged 65 to 80 are sexually active, and 54 percent say sex is important to their quality of life. Sixty-five percent of people in this age group describe themselves as still being interested in sex. Yet, OhMiBod found that this group was largely ignored by sexual health manufacturers.

“We wanted to develop a massager that made sexual pleasure accessible not only to this invisible group but anyone with dexterity challenges. Getting the product right meant consulting with the people it would help the most.”

OhMiBod conducted focus groups with individuals and couples from The Villages in Florida, a large retirement community, receiving feedback on the Rev’s design, color, and even its marketing. The outcome is a compact, lightweight massager that slides over a user’s fingers—a remedy for anyone who may struggle to get a sufficient grip on objects. The Rev’s ergonomic design also ensures that both right- and left-handed people can use it effectively. Additional features include a quiet but powerful motor, seven preset pulsations, and a manual printed in larger font for improved readability.

Rev is a fitting addition to OhMiBod’s Lovelife collection, which was named and designed to reflect the key components of its founders’ thirty-year relationship. The massager represents a new perspective as the Dunhams, now both over 50 years old, enter a new stage in their lives.

“There’s a belief that the older you are, the less likely it is that you use or have a need for sex toys. That couldn’t be further from the truth,” adds Dunham. “National studies and our own focus group testing have shown that older people, particularly those who are post-menopausal or experiencing erectile dysfunction, use sex toys to keep intimacy and orgasm in play. As a result, they enjoy healthier lives and benefits ranging from improved arousal and increased brain activity to better sleep and boosted immune systems.”